Jenny Han’s beloved book trilogy-turned-movies comes to an end with Netflix’s “To All the Boys 3.” 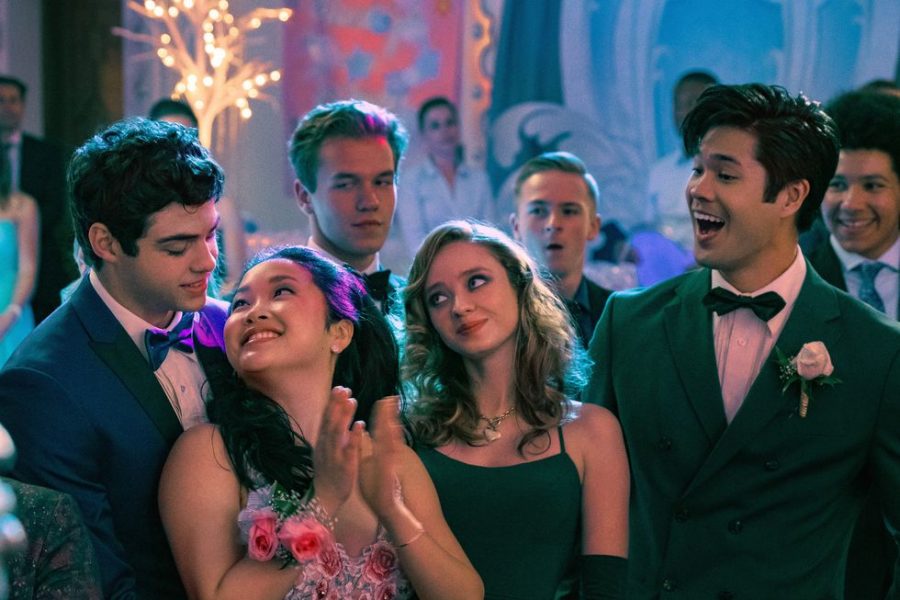 If you are reading this, you’ve most likely seen “To All the Boys I’ve Loved Before” and “To All the Boys 2: P.S. I Still Love You.” If you haven’t seen the first two, I don’t know what brought you here, catch up by reading my last review!

Okay, let’s dive in. As we follow along the characters’ final year of high school, we’re taken back to applications and admissions, college tours, prom, yearbooks, etc. Watching it really felt like reliving senior year—aka saying goodbye to life as you know it with the impending unknown running in the back of your mind—which makes sense considering the premise of the movie is figuring out what graduation means for LJ and Peter’s relationship. LJ’s fear for the future manifests itself in small insecurities about the couple’s relationship: are they really meant to be if they don’t have a “meet cute” and an official song? In all seriousness, I admire Lara Jean’s belief in fate, and her desire for control is too relatable.

However, as much as I hate to say it, the movie did not do the book justice. Besides the overall plot line, the writers really took liberty with the adaptation. For starters, the book centers around the couple wanting to attend the University of Virginia together and *spoiler* what happens when LJ’s lifelong dream of being a “wahoo” becomes a reality for her boyfriend, PK, instead. Given that the movie series takes place in Portland instead of Virginia (like in the books), I understand the need to localize her college choice but forgive me if I am tired of every movie character wanting to go to Stanford. To make matters worse, UC Berkeley is made to seem like a safety school and somehow NYU gets thrown in the mix. The movie then becomes about LJ wanting to become a English literature major and future author (actually love this for her) who romanticizes life in New York City (don’t we all?).

I said in my last review that the second movie was more cringey and lovey-dovey than the first, but this one tops them both in that regard. As someone who has a VERY high tolerance for good “bad movies,” especially romcoms, it was even too cringey for me. While I was able to get over the cheesiness in “To All the Boys 2” enough to enjoy it, I can’t say the same this time. I mean of course I finished the movie, but I found myself getting distracted and not really caring.

Would I recommend the movie anyway? Honestly, no, unless you have already committed yourself to this series. This movie was made for people who were already fans of the plotline. As the last installment, the writers really wanted to tap into a nostalgia factor by including small details from the first two: Lara Jean’s love for 80s rom-coms, more of Peter’s selfies, Chris’s Subway obsession and Kitty’s “feminist” necklace to name a few. Additionally, there were sweet moments that made me sad to know the trilogy had come to an end. As a fan of the book series, I loved getting to see Dr. Covey tie the knot with his new love and Peter reconnect with his estranged dad. Some of the additions weren’t bad either: the Covey family trip to Korea was fun to see, Kitty gets a boyfriend (!) and witnessing a pre-pandemic New York City made the movie worthwhile. Furthermore, while the writers might have stretched the novel’s details a bit, they kept the characters’ integrity intact which is what truly matters. I’d be lying if I said I wasn’t emotional at the ending credit montage.

If you aren’t ready for the Jenny Han saga to be over yet, the author announced that her novel “The Summer I Turned Pretty” will be adapted into an Amazon series. The chick-flicks live on!