SCHULMAN: Unity is a joke

Calls for unity after the failed Capitol Insurrection miss the point entirely—accountability what we need. 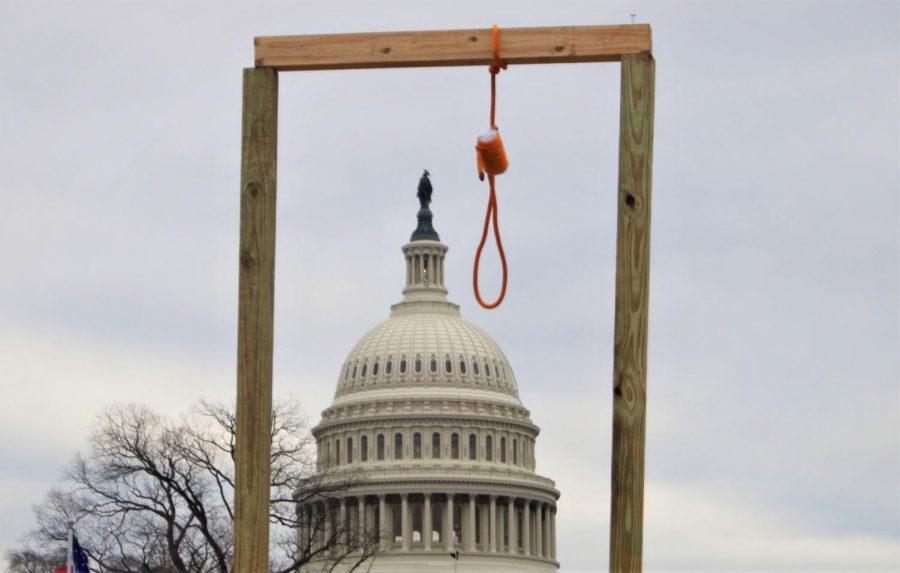 Editor’s Note: Max Schulman worked as a communications intern for the Tennessee Democratic Party during the 2020 campaign cycle.

The world stood still on Jan. 6. For months, President Donald Trump had baselessly claimed that the 2020 Election was stolen from him. That day, Congress met to certify President-elect Joe Biden’s Electoral College victory. There would be debate, but it would go nowhere. GOP House members and a handful of Republican senators would object to the results, largely seeking to curry favor with the voters and donors who falsely believed the election was stolen from the outgoing president. It did not look like our democracy was about to be taken to the edge.

Less than two miles away, Trump declared war on this process and those who upheld it. He and his acolytes urged the well-organized group before them to “fight like hell” and engage in “trial by combat” at the Capitol. And they did just that. The mob, furious that Black voters or the Deep State or another of their perceived political enemies had usurped their right to white rule by illegitimately ousting Trump, descended on a Congress in session. Armed with molotov cocktails, assault rifles and fire extinguishers, they sought a mass murder of elected officials. For the first time in two centuries, the seat of our democracy was breached. The terrorists hunted for Democrats, hurled racial epithets at Black police officers and smeared feces throughout the building.

In the aftermath of the Capitol Insurrection, there has been a flurry of cynical and politically convenient calls for unity.

Trump-allied Republicans, who incited the violence by repeating and condoning Trump’s false claims of election fraud, now have the audacity to claim that we should move on because both Democrats and Republicans are at fault. On the other side of the aisle, President-elect Biden would like this all to be over with, to declare this incident as a one-off and start his presidency with a clean slate. He’s prioritizing his First 100 Days agenda over the long-term survival of our republic; he has avoided taking a firm stance on Trump’s impeachment; he themed his inauguration “America United.”

And now, Vanderbilt has thrust itself into the conversation. Revered historian Jon Meacham—who wrote speeches for Biden during the campaign—introduced the Project on Unity & American Democracy as an initiative to strengthen democracy and temper political tensions through good-governance research, virtual events and digital media. Had the initiative been launched at any other time and for any other reason, I’d applaud it as another one of Vanderbilt’s intellectual investments in strong civic institutions. But framed in response to the Capitol riots, I have to object.

The Project on Unity misdiagnoses the source of the problem. Yes, polarization, tribalism and policy gridlock are serious issues. But they didn’t create this beast. Political polarization didn’t cause Neo-Nazis to storm the Capitol. Democrats are farther to the left than ever, yet no elected Democrat has ever done anything remotely approaching organizing a troupe of terrorists to descend upon their political opponents’ workplace. Partisan gridlock and negative electioneering didn’t cause QAnon nutjobs to threaten lawmakers.

You know who did this? Donald Trump, his enablers and amplifiers in the Republican Party and a vast network of online conspiracists. White supremacists. Neo-Nazis. Fox News and OANN. Republican enemies like latte-sipping coastal elites, university professors and Demoratic mega donors had no role to play here. This is on some of us, not all of us.

Joe Biden and congressional Republicans can do all of the bipartisan, dignified things the Project on Unity recommends. How will that take the wind out of the sails of Boogaloos and the Proud Boys? How will that dampen the enduring conviction of white supremacists? Unity without reckoning will embolden those who perpetrated these attacks and allow the opponents of democracy to muddy the historical memory of the Capitol Insurrection.
What we need is accountability.
We need a totalizing response that includes impeachment and conviction for Trump, expulsion of Republican co-conspirators from Congress and a 9/11-style investigation into the white supremacist infiltration of the Capitol Police. We need an active Justice Department to prosecute every single rioter to the fullest extent of the law. We need to leverage cultural and economic capital to shut out traitors and Trump sympathizers from positions of influence and power. Only with a proportionately massive response can we hope to prevent white supremacists furthering their takeover of our government.

I do not want to be “unified” with anyone who sympathizes with, condones or encourages lynch mobs. I do not want my fate to be tied to those who refuse to recognize the results of democratic elections. I want those people to be held accountable for their actions. We can’t have a repeat of the collapse of Reconstruction, when Confederate seditionists were allowed to regain their political power and institute Jim Crow.

Unity is a cop-out. Unity is clemency for traitors. Unity is an abrogation of our duty to fend off attacks against our multiracial democracy.

Unity? Unity is a joke.