Members of the Vanderbilt community took to social media to express their opinions about the newly announced in-class reading days for Spring 2021. 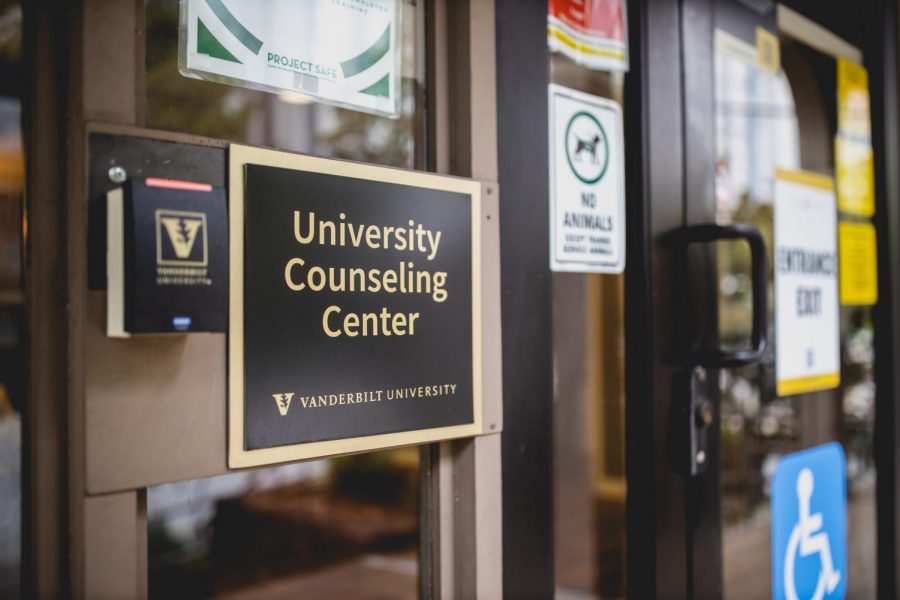 Vanderbilt's University Counseling Center (UCC) is committed to working with campus and community partners to provide holistic, inclusive and accessible mental health and prevention services to support the academic and personal success of Vanderbilt’s diverse student community, according to its website. (Hustler Multimedia/Hunter Long)

In an email from Provost Susan R. Wente, Vice Provost Vanessa Beasley and the Interim Dean of the Graduate School Bunmi Olatunji on Dec. 4, four in-class reading days were announced for the undergraduate and graduate Spring 2021 semester, scheduled for Feb. 23-24 and April 7-8.

Students largely disapproved of the decision on social media. On Vanderbilt’s Instagram post relaying news of the reading days, the Vanderbilt community left 420 comments in response to the decision, the vast majority in opposition.

In addition, students including sophomore Kattie Tanner, claim that Vanderbilt removed some negative comments from their post.

First-year Gemma Rose also expressed her disapproval. The Hustler was unable to verify the timeline of any deleted comments and if or how they were removed.

“A college-run Instagram page deleting the comments of students who are frustrated at a lack of legitimate or valuable assistance is, quite frankly, deeply Orwellian,” Rose said.

A university spokesperson said in an email to The Hustler that no comments in relation to the university’s reading days post on Instagram were deleted by the university.

“As a matter of policy, Vanderbilt does not delete comments on our social media channels that are simply critical of the university or university policy,” the spokesperson said.

The spokesperson also said that the university deletes comments that include hate speech, vulgarity, personal attacks or are identified as spam.

The email was released less than a day before the deadline to take a leave of absence for the Spring 2021 semester, in the wake of Vanderbilt’s denial of a Pass/Fail option for the Fall semester and while other institutions, such as Duke University and Rice University, implement days off during the Spring semester.

Sophomore Ifedolapo Ayewale said he chose to take a leave of absence for the Spring 2021 semester due, in part, to his views that Vanderbilt lacks conscientiousness surrounding student well-being.

“Vanderbilt basically mocked the students by introducing ‘in-class reading days,’ a term which, by definition, doesn’t exist. I think it shows much of the true colors behind the showmanship that they like to parade around,” Ayewale said. “For all the careful planning they claim to do, most students are left to deal with the effects of administration’s detrimental decision-making with little-to-no actual reasoning to justify why they suddenly find themselves in that position.”

He proposed a new plan to give students a day off while minimizing the spread of COVID-19.

“Give students a week off of school but require them to stay on campus,” Ayewale said. “Schedule mandated COVID testing every other day and assign a heavy penalty to disobedience.”

“Taking away extracurricular activities, the things I look forward to every day, while also holding class during these days doesn’t do anything for my mental health,” Thomas Riker, a first-year, said.

Among the overwhelming-majority of unfavorable opinions from the student body, one sophomore, Baker Harrington, shared his support of the decision.

“Ignore the haters. I, for one, am grateful we have some days of rest. Good work,” Harrington commented on Vanderbilt’s post.

He later clarified his opinions.

“I was mentally prepared for next semester to have no days off since I was told that’s what the school told VSG. I’m just happy that they’re giving us something rather than nothing,” Harrington said. “Certainly giving students a full day off would be great for mental health, but I’m just not sure if they can do that.”

“I didn’t want that comment pinned and I think them pinning it was disrespectful to everyone else’s opinions,” Harrington said. “They unpinned the comment after I direct-messaged them to do so.”

Many students reacted adversely to Vanderbilt’s interaction with Harrington’s comment.

“Vanderbilt used the comment to undermine valid criticisms from the student body by labeling us all as ‘haters,’” Signa said.

Rose Herdejurgen, a sophomore, drafted an open letter in response to the in-class reading days, which has 289 signatures at the time of publication. She said this initiative began when she and many other students experienced trouble scheduling appointments with the University Counseling Center (UCC), which Vanderbilt advises to manage stress.

“People emailed administration expressing concerns about not being able to connect with each other and the UCC being booked up, and they didn’t get any responses,” Herdejurgen said. “That’s just unacceptable.”

“Professors still give finals during Dead Week because of lack of policy enforcement,” junior Dominic Signa said. “I don’t think professors will act any differently for these in-class reading days.”

However, Professor Allison Leich Hilbun, Senior Lecturer in Biological Sciences, shared her approval of and intention to abide by the in-class reading day regulations.

“Having no breaks created, for me, the feeling of running a race without any checkpoints,” Hilbun said about the fall semester. “I’m going to spend the break trying to devise exciting, unstressful plans for the in-class reading days.”