Lustig, who spent the last season as Syracuse's special teams coordinator, is the first hire of the Clark Lea era. 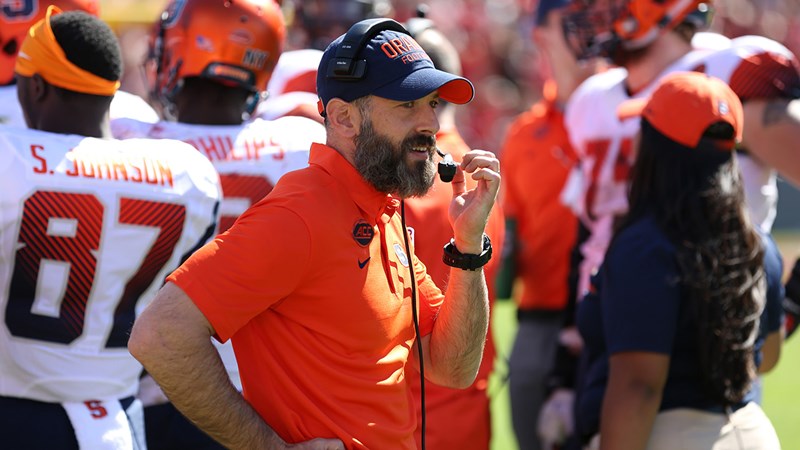 Vanderbilt football has hired Justin Lustig as its special teams coordinator, according to multiple reports. The move was first reported by Yahoo! Sports’ Pete Thamel, but the university has not yet confirmed the news.

Lustig would be the first hire under head coach Clark Lea, who was officially named Vanderbilt’s 29th head football coach two weeks ago.

He would replace Devin Fitzsimmons, who spent the last two seasons as Vanderbilt’s special teams coordinator and tight ends coach. Under Fitzsimmons, the Commodores ranked No. 15 out of 130 teams in special teams efficiency in 2019 but declined to No. 118 out of 127 teams in 2020.

The 2020 season was Lustig’s fourth at Syracuse, where he was hired in 2017 as a special teams coordinator and running backs coach. Lustig, a 2018 Broyles Award nominee for the nation’s top assistant coach, did not overlap with Coach Lea, who served as Syracuse’s linebackers coach from 2013-2015.

Prior to Syracuse, Lustig had short stints as an assistant at Division-I programs such as Ball State, Villanova, Eastern Illinois and Louisiana-Lafayette, Lustig in 2016 inherited an 0-11 Edinboro University program and turned in a 9-2 season in his only year at the helm, good for the best turnaround in Division-II football history.

This story will be updated if the hiring is made official by the university.