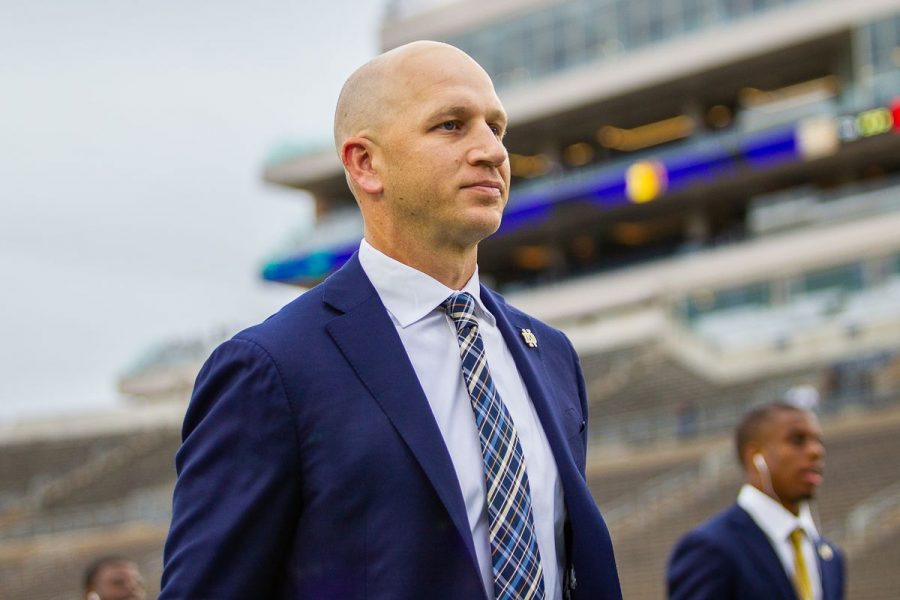 The 38-year-old Vanderbilt football alumnus has been named the Commodores’ 29th head football coach, the university confirmed in a press release Monday.

Lea will be introduced next week by athletic director Candice Storey Lee and Chancellor Daniel Diermeier at a news conference.

“Clark Lea is the leader we trust to continue the challenging but exciting work that will elevate the Vanderbilt football program to unprecedented heights,” Lee said in the release. “He embodies the demonstrated commitment to success, the integrity and the strategic thinking that it takes to build a winning football program, and help our student-athletes reach their full potential. He understands the important role that athletics plays in the life of a vibrant university, and that outstanding scholarly pursuits and top-notch athletics are integral parts of the Vanderbilt experience.”

Lea, a Nashville native and Montgomery Bell Academy graduate, returns to West End after a three-year stint at Notre Dame. He spent the last two seasons as the Fighting Irish defensive coordinator.

“I’m excited to come back to Vanderbilt to lead a program, at an institution and in a city, that gave me so much and shaped who I am today,” Coach Lea said. “Vanderbilt is a special place with a competitive drive that I believe can translate into winning. My excitement for the role grew as I spent time with Candice Lee and Chancellor Diermeier – it’s very clear they are united around a common vision for the future of the Vanderbilt Athletics program and football.”

Prior to his arrival in South Bend, Lea was a linebackers coach at Wake Forest, Syracuse, Bowling Green and UCLA, among others. He played college baseball at Birmingham-Southern and Belmont before walking on to the Vanderbilt football team as a fullback in 2002. He graduated from Vanderbilt in 2004.

Lea’s hire comes just over two weeks after Derek Mason was fired on Nov. 28. Mason amassed a 27-55 overall record in seven years at the helm of the program.

“We set our aspirations high to fill this critical role in our athletics program, and Coach Lea exceeded our expectations in every way,” Chancellor Diermeier said. “Most importantly, Coach Lea’s values align with our own, and that will be a powerful combination going forward. I think we’ll look back and see this decision as a key moment in the evolution of our athletics program, and our efforts to create an environment where our student-athletes can compete and succeed at the highest levels.”