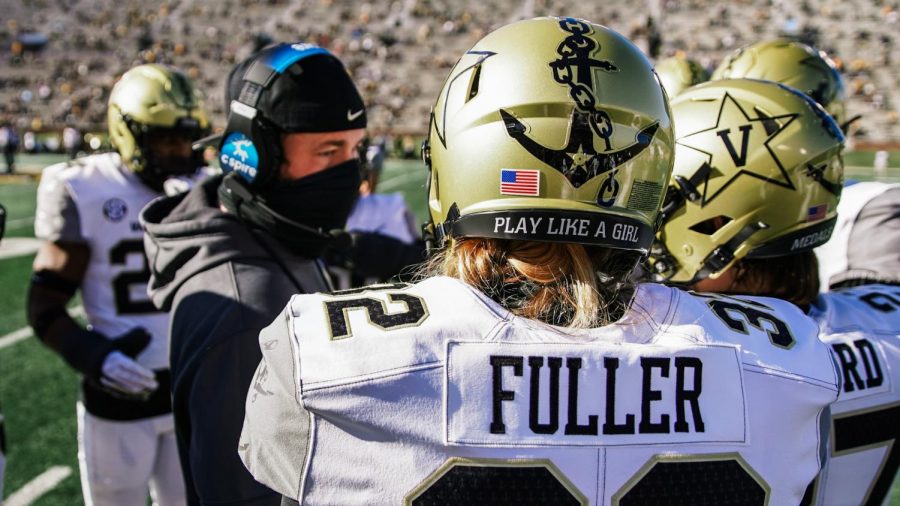 Vanderbilt kicker Sarah Fuller became the first woman to score in a Power Five football game on Saturday, as she drilled an extra point attempt with 1:50 remaining in the first quarter.

The Commodore offense traveled 42 yards in nine plays for its first score of the game—an 18-yard Ken Seals-to-Cam Johnson touchdown pass—against the Tennessee Volunteers. Fuller proceeded to make the point after, knotting the game up at 7-7.

Fuller's extra point goes right up the middle and Vanderbilt ties this game up.

Fuller, a senior, also was the starting goalkeeper for Vanderbilt soccer’s SEC Tournament title on Nov. 22. The Hustler reported on Nov. 24 that Fuller practiced with the football team as a kicker, and on Nov. 27 Fuller confirmed from her personal Twitter account that she would suit up for her first football game on Nov. 28 against Missouri.

Fuller became the first woman to log a snap in a Power Five football game on Nov. 28 when she kicked off to start the second half. However, Vanderbilt was unable to get within field goal range in a 41-0 loss to the Tigers.