Vanderbilt will look to make it back-to-back against Missouri in a long-awaited contest that has been rescheduled twice due to COVID. Here’s three matchups to watch. 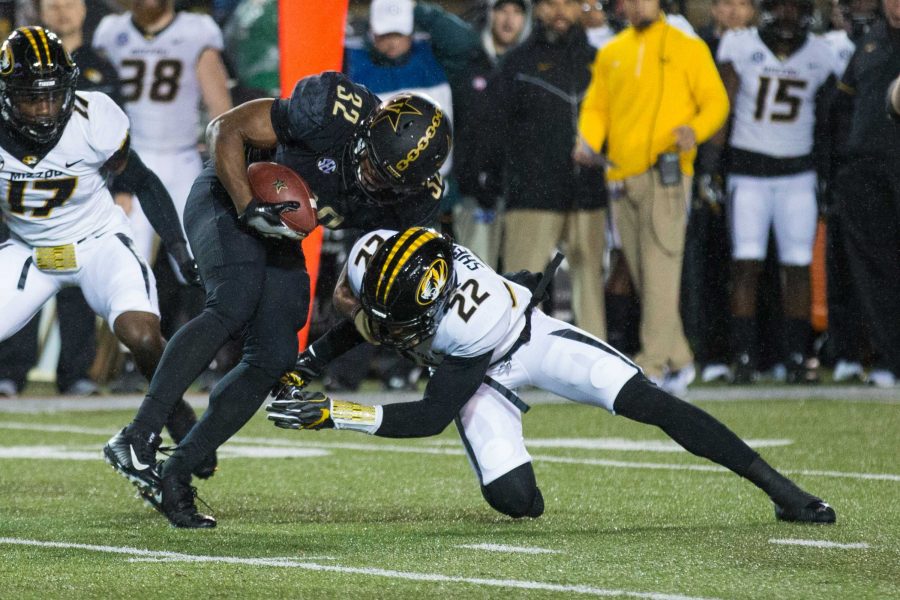 Vanderbilt will have its annual matchup with *checks notes* the Missouri Tigers this Saturday after the Southeastern Conference (SEC) announced they would be rescheduling the league’s Week Nine games.  If the Commodores’ rivalry tilt with Tennessee is rescheduled, it will likely take place either Dec. 12 or 19. In a sentence that only makes sense in 2020, this is the second time that the Vanderbilt-Missouri matchup has been rescheduled; the Commodores and Tigers were originally slated to face off Week Four. The original matchup was postponed due to COVID issues at Vanderbilt, while this week’s contest was rescheduled due to COVID issues within the Arkansas program—the Razorbacks were originally slated to play the Tigers.

Missouri was Vanderbilt’s lone SEC win in the 2019 campaign. Mo Hasan made his only start as a Commodore and led Derek Mason’s crew to the upset win over the #22-ranked Tigers, who were led by former Clemson signal caller Kelly Bryant.  This year, the Commodores will look to make it two in a row over Missouri and notch their first win in Columbia since 2012. Here are three matchups to watch on Saturday.

Heading into the season, it was unclear for Missouri whether TCU transfer Shawn Robinson or redshirt freshman four-star Connor Bazelak would emerge under center for head coach Eli Drinkwitz. It took just one game for Bazelak to take the reins, as he has started every contest for Missouri since the opener against Alabama. While he was a clear upgrade over Robinson, Bazelak has been pretty mediocre for the Tigers relative to the rest of the SEC: he has five touchdown passes (10th in the conference), 1,304 passing yards (9th) and a QBR of 138.9 (8th). Mostly, Bazelak has been a game manager: he’s thrown just two interceptions all year and completed 68 percent of his throws. He did have one outstanding performance against LSU, when he was 29 for 34 for 406 yards and four touchdown passes.

This week, he’ll face the SEC’s other freshman starting at quarterback: Vanderbilt’s Ken Seals. While Seals has thrown more interceptions and has a lower completion percentage than Bazelak, he has had to shoulder more of the load on offense for the Commodores than Bazelak has for the Tigers. While the stats don’t match up perfectly (Vanderbilt has played one more game than Missouri), Seals also boasts twice as many touchdown passes and 300 more passing yards. Seals has been dazzling lately, posting four straight games with over 225 passing yards and three of the last four over 300. Bazelak, for comparison, has topped 225 passing yards just once, against LSU.

In a game that figures to be relatively close, the battle of the quarterbacks will be key. If Seals can outplay Bazelak, like he did in the first half against Florida’s Kyle Trask, he will give Vanderbilt a shot to pull off the upset.

Missouri utilizes a 4-2-5 scheme on defense (four defensive linemen, two linebackers, five defensive backs), in part because they feature one of the premier linebackers in the country in junior Nick Bolton. Bolton ranks 7th in the SEC with 67 tackles on the year and has had games with 17 (at Tennessee) and 14 tackles (at South Carolina) this season.

On the flip side, Vanderbilt will have both Ja’Veon Marlow and Keyon Henry-Brooks available at running back for the first time all season this Saturday. Henry-Brooks missed the first two games of the season, then Marlow missed the next four, then Henry-Brooks missed the last contest against Florida. Both have shown flashes this year, especially Henry-Brooks who was terrific at Mississippi State and Kentucky (345 yards combined in the two contests) before being sidelined with a rib injury. Offensive coordinator Todd Fitch has sprinkled in a bit of Mitchell Pryor to the run game as well, and the walk-on has proven to be a bruiser in his action thus far.

Whichever team is able to impose their will in the run game will go a long way towards deciding the outcome of Saturday’s game. Bolton and Missouri were able to stymie a rushing attack that rates third in the SEC last week against South Carolina, but Vanderbilt’s offensive line has been clicking as of late and a “running back by committee” type approach could help keep each of the Commodore tailbacks fresh.

For both Vanderbilt and Missouri, opt outs and transfers have hit their rosters hard. Perhaps no units have been left worse off than the receiving corps for the Tigers and the defensive backs for the Commodores, which makes for an interesting matchup on Saturday.

Since the beginning of the season, Missouri has lost five receivers. Cam Johnson, Amir Abdur-Rahman and Ben Breshnahan all have more receiving yards than Missouri’s leader in the category: junior Jalen Knox, who has 248 receiving yards on the year.  Grad transfer Keke Chism has come on as of late, though, with 11 catches in the last two contests.

On Saturday, this matchup figures to be weakness vs. weakness: Vanderbilt’s secondary has lost four players to the transfer portal already this season and has allowed 280 yards per game through the air, 12th in the league. Opposing quarterbacks have completed 72.8% of their throws against the Commodore passing defense and thrown for 19 touchdowns to just 1 interception.

Whichever of these hampered units is able to win the battle on Saturday will be another big factor in the outcome. Vanderbilt’s secondary, led by corners Jaylen Mahoney and Elijah Hamilton, had success early against Florida and in the second half against Mississippi State. If they are able to channel that success against Missouri’s weak passing attack, it will put even more pressure on Bolton and the defense to try to carry the Tigers to a win.