If Fuller plays Saturday, it is believed that she would become be the first woman to log a snap in a Power Five football game. 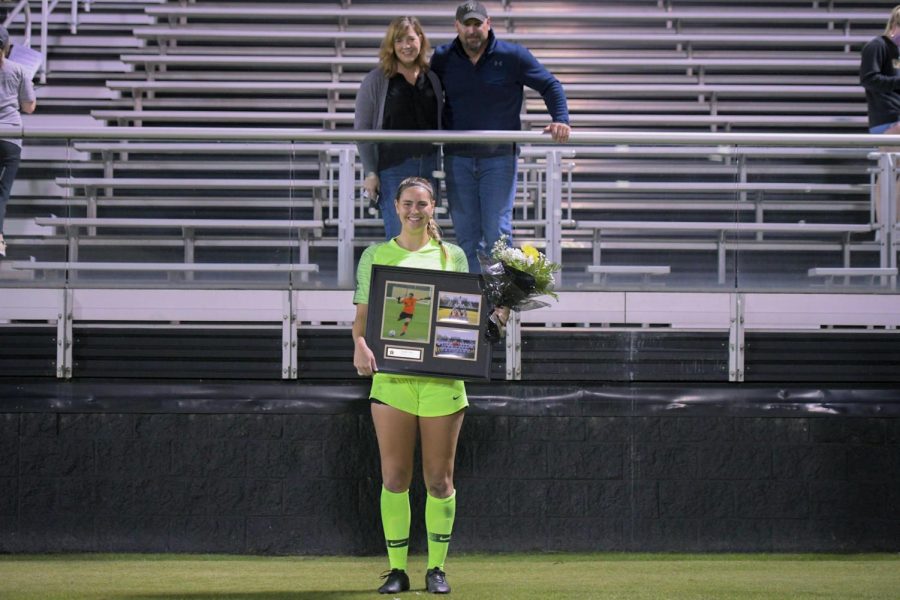 Editor’s Note: This article was last updated on Wednesday, Nov. 25 at 9:18 a.m. CT to include a quote from head football coach Derek Mason’s radio appearance on ESPN 102.5 The Game.

A spokesperson for Vanderbilt athletics did not immediately respond to The Hustler’s request for comment.

Fuller, a senior keeper from Wylie, Texas, made her first start for the soccer team against South Carolina on Oct. 11, 2020 and held the starting position through the Commodores’ SEC Tournament title on Nov. 2.

Multiple sources told The Hustler that Fuller was wearing full pads and a uniform but did not take any kicks. Instead, she went through walk-throughs with coaches and at least one specialist on the sidelines, multiple sources say. It remains unclear whether she will play in the Commodores’ upcoming matchup at Missouri on Nov. 28, or play at all this season.

“We’re working through it right now,” head football coach Derek Mason said of the kicking situation in Tuesday’s press conference. “For us, every week is [about] getting to the practice field and about making sure that we put the best possible kicker out there, so we’re competing. Right now, like I said, I’ve got to go out to practice today and see what gets done, but hopefully, I’ll have an update for you on Thursday.”

On Wednesday, Nov. 25, Mason confirmed that Fuller is an option at kicker. He did not provide further clarity on whether Fuller might see the field on Saturday.

“Right now, we’re just looking at all options,” Mason said on ESPN 102.5 The Game. “For us, talking to Sarah, she’s a champ, and no pun intended. Just coming off an SEC Championship in soccer… She’s a complete competitor. She’s an option for us. Right now, that’s where we sit.”

While Vanderbilt is just 3-7 this season on field goals, multiple sources told The Hustler that this was not a performance-based decision. Rather, the team has many specialists in COVID-19 related quarantines, sources confirmed.

If Fuller plays Saturday, it is believed that she would become be the first woman to log a snap in a Power Five game.

The Vanderbilt Commodores (0-7) will travel to Columbia, Missouri to take on the Missouri Tigers (3-3) on Saturday at 11:00 a.m. CST on SEC Network.