The Hustler Sports 30 crew is joined by staff writer Bryce Smith to go over Vanderbilt's showing in the NBA Draft, soccer's semifinal matchup against Texas A&M, and what Vanderbilt football can do to improve after falling to 0-6. 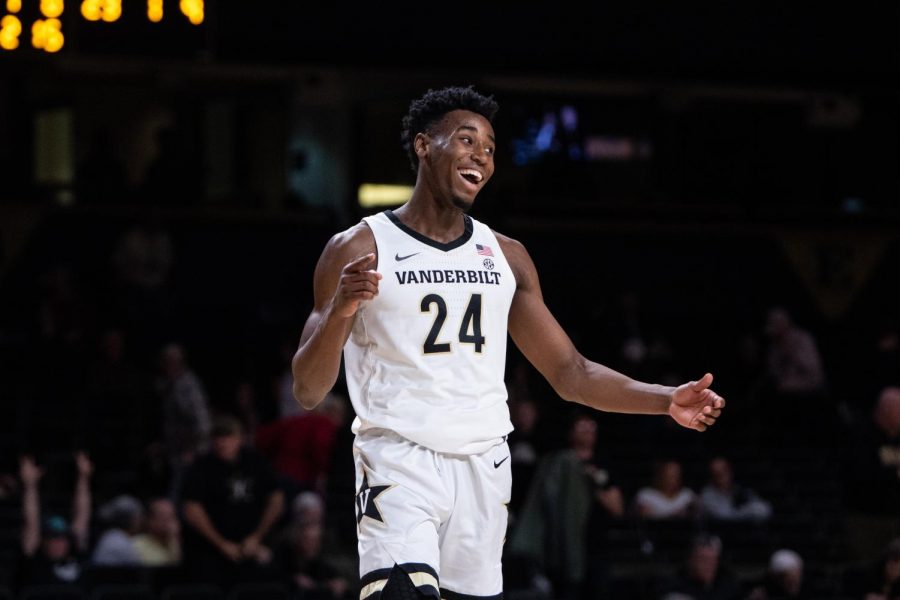 The Hustler Sports 30 crew brings on staff writer Bryce Smith for this week’s busy show. He joins Betsy Goodfriend, Alyssa Muir and Justin Hershey to cover three sports in about half an hour.

First, Vanderbilt men’s basketball had an exciting night on Wednesday when guards Aaron Nesmith and Saben Lee were drafted 14th and 38th overall in the NBA Draft, respectively. Vanderbilt has had six first-round draft picks since 2012 including Nesmith.

Moving to the soccer pitch, women’s soccer has won two SEC Tournament games by a combined score of 8-2, and the Hustler Sports 30 team analyzes a challenging semifinal matchup against Texas A&M on Thursday night.

Football hosts Florida after a 38-35 loss to Kentucky last week dropped the team to 0-6. A win isn’t likely against Florida, but there are improvements that can be made anyway.

Here are some must-listen moments from the show:

1:04 – Justin kicks off the podcast looking back at Wednesday’s NBA Draft, and the team gives instant reactions to Nesmith and Lee’s NBA teams.

8:59 – The crew does a roundtable on Vanderbilt soccer’s rise to the semifinals of the SEC Tournament with an offense filled with playmakers at every position.

14:04 – What does women’s soccer need to do to beat Texas A&M and advance to the finals?

23:51 – What improvements can Vanderbilt’s defense make before facing one of the SEC’s best offenses in Florida when the Gators visit Nashville on Saturday?