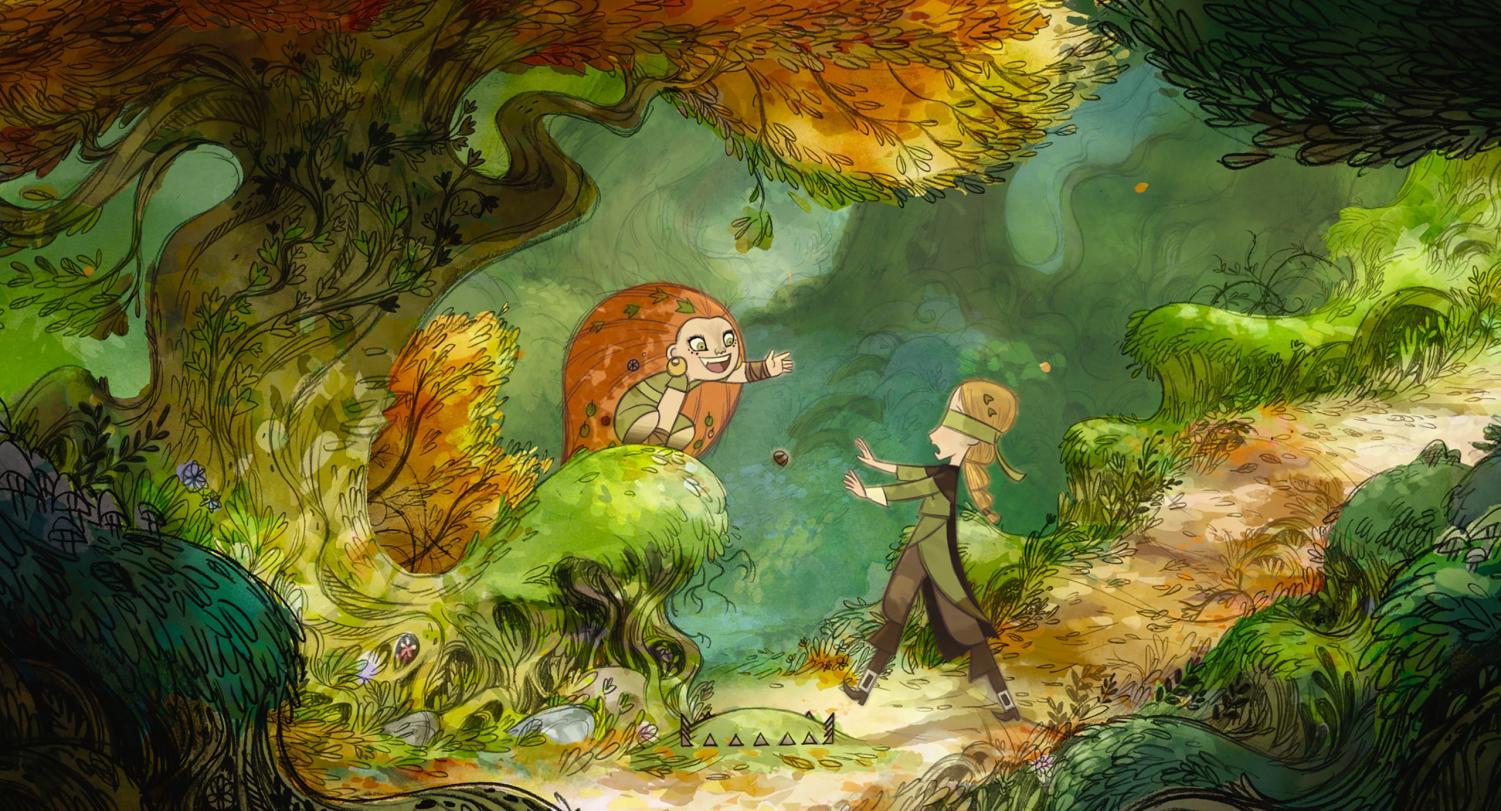 Director Tomm Moore of indie animation studio Cartoon Saloon has always been the underdog of animated fantasy films, but his latest masterpiece “Wolfwalkers” proves once again that the studio has what it takes to lead the pack.

Ancient Greek and Roman myths gave us blockbusters like “Troy,” “Clash of the Titans” and the Percy Jackson series. Egyptian mythology helped produce “The Mummy” and its roller coaster equivalent at Universal Studios. Even Norse mythology found a home in cinemas worldwide through the eponymous “Thor” franchise.

Once again, director Tomm Moore (this time with co-director Ross Stewart) of indie animation studio Cartoon Saloon has brought the underappreciated mythos of Irish/Celtic fables and superstitions to the big screen with “Wolfwalkers.” Following Academy Award nominees “The Secret of Kells” and “Song of the Sea,” the first two installments in Moore’s trio of Celtic mythology tales, “Wolfwalkers” tells an enchanting supernatural story of freedom, power and sisterhood in 17th-century Ireland. It’s a wonderfully wild film that’s both medieval and magical, colonial and colorful, feudal and fantastical.

“Wolfwalkers” instantly establishes itself as a timeless tale of man against nature that develops into a clash between the shackles of Christianity and the free-spirited essence of the “pagan” natural world. In the fortress city of Kilkenny, drab stone walls and high iron gates practically beg our young heroine Robyn Goodfellowe (voiced by Honor Kneafsey) to escape and explore the wolf-infested woods. She dreams of following in her father’s (voiced by Sean Bean) footsteps to become a great wolf hunter, but societal norms have other plans for her—she isn’t allowed to leave the scullery, much less the town at large.

As expected of the genre, Robyn eventually and repeatedly wiles her way into the forest, where she meets Mebh (voiced by Eva Whittaker), the self-proclaimed “last of the Wolfwalkers,” mythical creatures that appear human during the day but roam the forest as wolves while their human forms sleep at night. Mebh’s mother has been taken captive by the villainous Cromwellian figure known as the Lord Protector (voiced by Simon McBurney), and Mebh needs Robyn’s help to save her. Thus unfolds the classic conflict between the forces of the wilderness and those who seek to conquer it, with Robyn as the brave intermediary, destined to reconcile the two headstrong parties.

The art direction and animation teams expertly convey this dichotomy visually, the film’s hand-drawn animation style making the perfect medium for background tricks of perspective and unconventional waking-dream segments. A few scenes are black-and-white, splashed with color in very specific ways to demonstrate a wolf’s enhanced sense of smell or hearing. Some action sequences feature paneled triptychs for thrice the action, which fiercely contrast the sprawling, flowing vistas of the film’s more peaceful moments. With all these tools in its arsenal, “Wolfwalkers” knows exactly what it’s doing at all times.

In the city, thick lines, angular shapes and grayscale tones communicate the flat monotony of colonial life within Kilkenny’s walls. The swirly, unconfined curves and round shapes of the forest become the city’s polar opposite, with soft greens, blues and oranges that literally color outside the lines. Even Robyn, with her tight braided ponytail and the sharp, dark point of her hunting hood, stands in stark contrast with Mebh, a fireball of energy whose bright red hair is a constant tangle of leaves and twigs. With Mebh leading the wolfpack, their flashing yellow eyes, once ominous and menacing, become a warmly comforting magical force.

Mebh and the wolfpack represent the wild land that the Lord Protector seeks to tame per the will of God. When Robyn becomes a wolfwalker herself, her frenemies-to-sisters relationship with Mebh weakens the once-clear boundary between nature and civilization, foreshadowing the destruction of Kilkenny’s metaphorical walls, if not their physical ones. One blink-and-you’ll-miss-it moment has Robyn turning down the corners of her maid’s bonnet at the scullery so that they resemble a wolf’s ears as she growls playfully, a subtle indication of the transformation at work within her spirit.

But the Lord Protector still looms large, even as Robyn’s transformation nears completion. As in Moore’s previous films, “Wolfwalkers” is not one to steer away from darker, warlike imagery, the burning forest reminding us of the tower set ablaze in “The Secret of Kells” or Saoirse’s brushes with death in “Song of the Sea.” The soundtrack, composed by French musician Bruno Coulais (who is also featured in “Coraline”), deftly shifts gears to handle these scenes with grace. Additionally, the film features Norwegian pop artist AURORA’s 2015 hit, “Running with the Wolves,” an all-too-fitting theme for the adventurous sequence it underlines.

Together, the animation, music and complex symbolism of “Wolfwalkers” make it the type of film you can enjoy with any audience. As an animated fantasy adventure with hidden depth that can run with the likes of Disney, kids will love it, and your friends will love to discuss it. Robyn and Mebh are the picture of a complicated sisterhood surviving against all odds, in a historical time period that confined citizens much the way we find ourselves isolated now.

One thing’s for sure: Moore and Cartoon Saloon continue to lead the pack with heartwarming animated feature films like “Wolfwalkers.”

“Wolfwalkers” is now showing at the Belcourt Theatre, and will also be released on Apple TV+ Dec. 11.

The Vanderbilt Hustler welcomes and encourages readers to engage with content and express opinions through the comment sections on our website and social media platforms. The Hustler reserves the right to remove comments that contain vulgarity, hate speech, personal attacks or that appear to be spam, commercial promotion or impersonation. The comment sections are moderated by our Editor-in-Chief, Rachael Perrotta, and our Social Media Director, Chloe Postlewaite. You can reach them at [email protected] and [email protected]
All The Vanderbilt Hustler picks Reader picks Sort: Newest
Subscribe
Login
2 Comments
Newest
Oldest Most Voted
Inline Feedbacks
View all comments
S
Susana

Good review! I loved the film, the female characters, the power of the draws. I’m excited for the work of Cartoon Saloon, feels like hope.