Vanderbilt’s problems were exposed last Saturday, but Mississippi State has their fair share of issues. 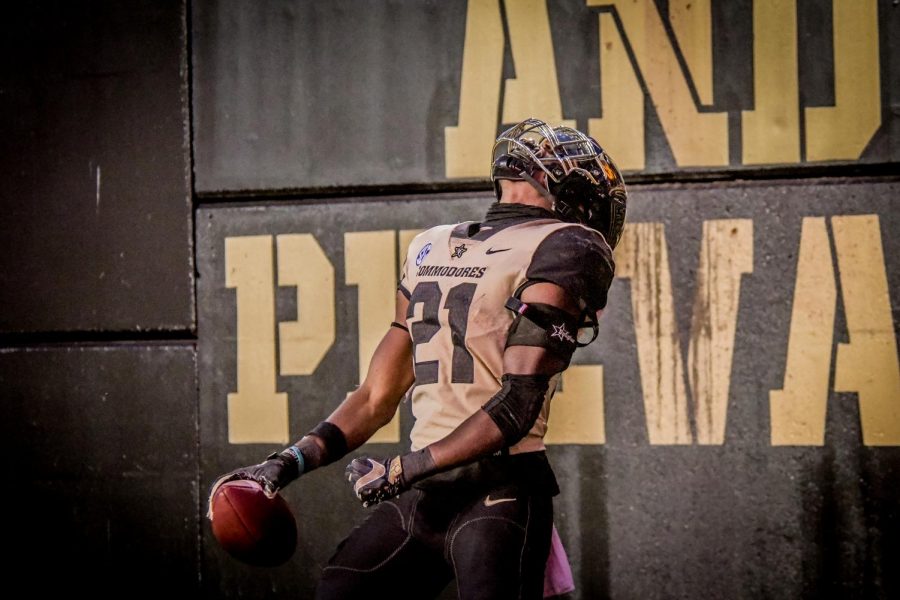 Fresh off a thrashing at the hands of the Ole Miss Rebels, Vanderbilt will travel to Starkville this weekend to match up with the Mississippi State Bulldogs. The Bulldogs have won three in a row in this cross-division matchup, with the last Commodore win coming in 2004, a 31-13 win in Nashville led by junior quarterback Jay Cutler.

Vanderbilt will look to snap the 16-year streak this Saturday at 2:30 p.m. CST. Mississippi State is potentially Vanderbilt’s best chance at a win this season, as the Bulldogs have struggled with problems of their own throughout 2020. Let’s look at three matchups to watch in this one.

Despite the bad loss this past Saturday against Ole Miss, Vanderbilt’s schedule has handed them a favorable bounce-back matchup in Mississippi State. After a shocking Week 1 win over LSU, the Bulldogs have lost four in a row. Perhaps even more concerning: the team has had an unusual number of defections recently. In the last week and a half, eight players have entered the transfer portal for the Bulldogs, including star running back Kylin Hill, backup quarterbacks Garrett Shrader and Jalen Mayden, starting receiver Tyrell Shavers and others. Including injuries, sources estimate that the Mississippi State roster is down to about 75 players.

On the other side of the coin, Vanderbilt should see players returning from the COVID-19 outbreak the team experienced a few weeks ago. That list includes senior safety Frank Coppet and potentially running back Ja’Veon Marlow, who has missed the last two games and was out due to suspension against Ole Miss. In both the South Carolina and Ole Miss games, Vanderbilt was undermanned compared to its opponent, but that trend should reverse Saturday against Mississippi State. Unfortunately, as of Monday evening, it appears that Vanderbilt will be without freshman Donovan Kaufman for the remainder of the season.

However, this matchup appears to be weakness vs. weakness heading into Saturday’s clash. After getting taken out because of injury/poor play against Alabama, Bulldogs starting quarterback  KJ Costello is in question as the leader of the Mississippi State offense moving forward, after throwing for just 16 yards against the Crimson Tide. He was relieved by true freshman Will Rogers, who fared slightly better, finishing with a stat line of 24-37 for 147 yards and two interceptions. Rogers previously missed part of the season due to COVID-19 and has thrown one touchdown to four interceptions on the year. Costello, on the other hand, has thrown for just 660 yards in four games since his historic 623-yard effort in the opener against LSU, including one touchdown and eight interceptions.

This will easily be the worst quarterback situation that Vanderbilt has faced all season. The Commodore defense was torched through the air last time out against Ole Miss and earlier in Week Two against LSU. Against Texas A&M and South Carolina, they were respectable, if unspectacular. The aforementioned potential addition of Coppet, coupled with the rest of the unit getting back to speed after the outbreak, should help the Commodore secondary.

If there was one bright spot against Ole Miss, it was freshman quarterback Ken Seals who continues to impress. Seals was 31-40 for 319 yards and two touchdowns against the Rebels, as he continues to mature under center for the Commodores.

If the Vanderbilt defense can get back on track against a weakened Mississippi State offense, Seals will be vital to helping the Commodore offensive attack complement the defense. This was something that offensive coordinator Todd Fitch’s unit failed to do against Texas A&M and in close first halves against LSU and South Carolina.

The Bulldogs defense has been stingy this year, especially against the pass, where they rank first in yards allowed in the SEC (212 per game). That said, Mississippi State is middle of the pack in scoring defense. Seals and the Vanderbilt offense will need to take advantage of what is likely to be some good starting field position and capitalize in the red zone when they have the chance. Seals also flashed his deep ball prowess a bit against Ole Miss, so it will be interesting to see if Fitch can scheme up some more ways for Vanderbilt to take advantage of defenses over the top. How well Seals plays will be a key determinant in Saturday’s contest, as he will likely be the best quarterback on the field for the first time in his young college career.