After a postponed matchup against Missouri, Coach Mason touched on midseason development, new rotations and more on Tuesday. 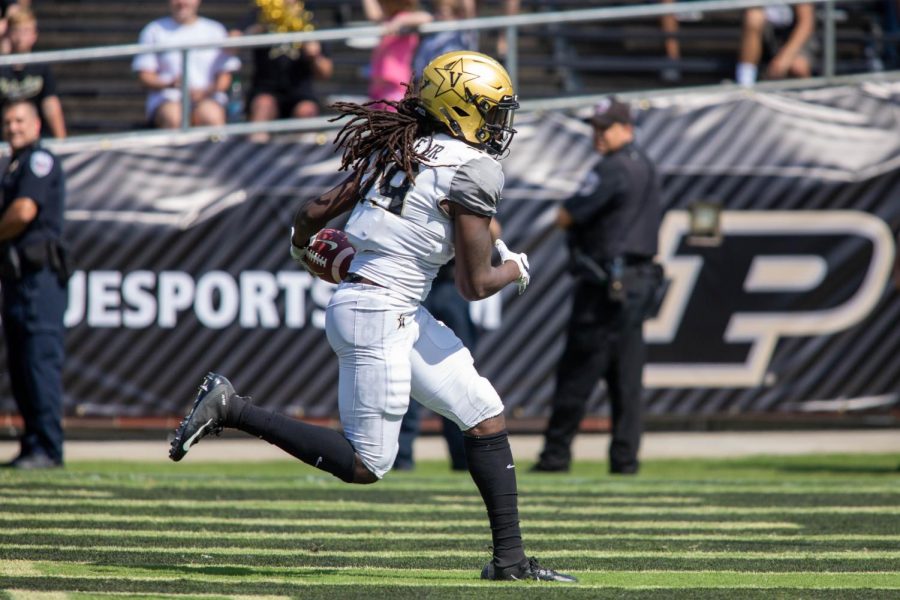 In Tuesday’s press conference, Vanderbilt head football coach Derek Mason provided more insight into football’s activities during the unexpected bye week caused by Vanderbilt’s postponed game against Missouri. The Commodores had to reschedule their Week Four  competition because they did not meet the SEC minimum of 53 active scholarship players on game day.

Mason shined light on the future availability of players in the program and the benefits of having some new guys step into the first team.

“I’ve seen some guys back out there, but they still have to get a lot of tests,” Mason said, declining to answer whether Vanderbilt could field a team for a hypothetical game this weekend. “Could we get there [to 53 men if there was a game this weekend]? Possibly. Are we there today? Absolutely not.”

Vanderbilt has not reached the SEC’s 53-scholarship player minimum, likely because of the mandatory quarantine/isolation period of 10-14 days for a positive result. But Commodore fans are left to wonder how this might affect the team’s mentality and rhythm.

Having so many members of the team miss multiple practices because of COVID-19 and injuries means others have had to step into their place. Coach Mason has recognized this as an opportunity to get developing players important reps.

“Some of those guys weren’t getting as many reps… but now, they’re getting a lot of our game reps, the reps that are generally allotted to starters,” Mason said. “So, they’re getting these reps and understanding what the defense looks like. They’re making calls and adjustments, and they’re getting presented some of the same issues that get presented to our starters in-game.”

Mason continued to note specific players on both offense and defense stepping into larger roles.

“I can say Rocko Griffin [freshman RB] is a dude that needs to touch the ball more. He needs to compete with Ja’Veon [Marlow] and Keyon [Henry-Brooks] because his athleticism, his ability to catch the ball, his physicality and his blocking in pass protection has really shown up,” Mason said. “I think Rocko Griffin is going to make his name known before we get through the season.”

With an all-SEC schedule, Vanderbilt does not have games against traditionally weaker, nonconference programs. Therefore, there hasn’t been much of a chance to get younger, developing players into games, so these practices are likely providing some of the best snaps these players have gotten all year. Only time will tell if these players can transfer their play on the practice field to productive play on the game field, this season and beyond.