Scott Limbaugh and Greg Allen sat down with The Hustler to discuss the Blessings Invitational. 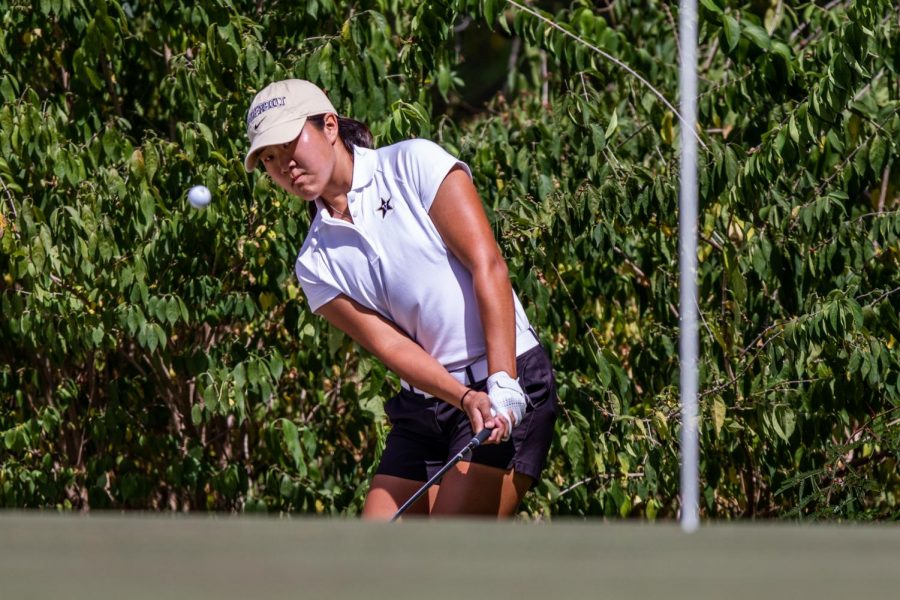 Vanderbilt Men’s and Women’s Golf teams participated in the Blessings Collegiate Invitational in Arkansas from Oct. 5-7, their first event since early March.

The men’s team finished tied for fifth place, and the women’s squad placed ninth overall in an all-SEC field.

A week removed from the Blessings Invitational, neither coach is worried about their opening performance.

“I’m just not gonna lose sleep over finishing ninth out there, but I do think gaining the experience was huge,” women’s head coach Greg Allen said.

While neither team achieved its desired results, both head coaches expressed gratitude to finally be back in play.

“Just to go on a trip together and compete, it almost felt a little bit surreal. I was able to coach again and do what I love the most and the kids were able to play and compete. So everybody was really thankful for that,” men’s head golf coach Scott Limbaugh said.

Allen echoed this sentiment, noting that other major conferences have not yet fielded tournaments.

“We were just looking at it as a chance to play,” he said. “We went into it with that grateful mindset.”

It comes as little surprise that both teams and their respective coaches were extremely appreciative of the opportunity, especially after they—like every other spring sport—had their 2020 season cut short by the COVID-19 pandemic.

Allen was on a recruiting trip when Vanderbilt reported its first COVID-19 case and students were sent home the Monday they returned from spring break.

“We were all just kind of in shock of how quickly it escalated,” Allen said. “I’m proud of my girls, they really hung in there all summer.”

Once the fall semester started in mid-August, the players returned to a new reality on campus.

“It’s certainly a lot different,” Coach Limbaugh said, referring to how the team has been preparing and practicing for the season. “We spent the first couple of weeks just trying to get our feet on the ground and get everybody back settled in.”

Following new safety protocols, the teams have been utilizing Vanderbilt’s practice facility at the Legends Club frequently. And at these practices, the women’s coaches first saw sophomore Celina Sattelkau’s breakout performance coming. Despite playing only six rounds in her (shortened) first year at Vanderbilt, Sattelkau returned to campus having significantly improved her game.

“[During practices] we realized how much better [Celina] had gotten over break,” Allen said, just days after the German native led the team with a 6-over par and 11th-place finish overall. “I felt like she made great strides over the summer, so I’m excited”, Allen continued, mentioning that she may play as the #1 slot in the lineup at their next event.

Having players like Sattelkau step up to the challenge is exactly what the women’s team needs this fall, as SEC All-American Auston Kim opted-out of the fall semester (she plans on returning and competing in the spring).

Allen views the loss of Kim—one of the roster’s most consistent and experienced players—as a “chance for somebody like Celina to step up, and not only get in the lineup, but play really, really well.”

On the men’s side, it was another sophomore, William Moll, who led the Commodores. Despite being slotted at the team’s fifth spot, Moll shot  2-under par and finished tied for sixth on the overall leaderboard.

“[Moll] played outstanding, that was his best finish; that’s closer to the player he is,” Limbaugh said.

The second-best performer for the men’s squad was a more household name: four-time All-American and reigning SEC Player of the Year John Augenstein. One of the most decorated players in program history, Augenstein was supposed to conclude his Vanderbilt career in the 2020 spring semester. But after being granted another year of eligibility due to the 2020  season’s cancellation, the team captain has returned for a fifth and final run, much to the delight of the coaching staff.

“Any time you can add one of the best players in the country to your lineup, I think that’s gonna mix in really well,” Limbaugh said.

Regardless of their respective finishes, both teams were glad to finally start a new season.

Now, both head coaches are looking to make the necessary adjustments after returning from Arkansas. “There was some good, there was some bad, there was some in between, but I think we all agree that we gotta get a lot better,” Limbaugh said.

“We kinda have an idea of what we need to work on and that’s what we’ve been doing since we got back,” Allen said, citing the team’s wedge play and short game as areas to work on.

Both programs have high expectations for this season and the coaches are pleased that there will be multiple tournaments in the fall semester.

“I’m very encouraged by this team and I like this team a lot,” Alan said. “They’re fun and every day I look forward to coming to work because I feel like we’re getting better. I feel like they’re putting in a lot of effort and they got a great attitude.”

When asked about his expectations for next week’s Vanderbilt Legends Classic, Limbaugh said, “just to be better than we were last week. To compete at a high level and not assume you get to play well because you’re playing on a course you’re familiar with—you have to go do it.”