Students takes to social media a year and a half after VSG passed a resolution calling for its renaming. 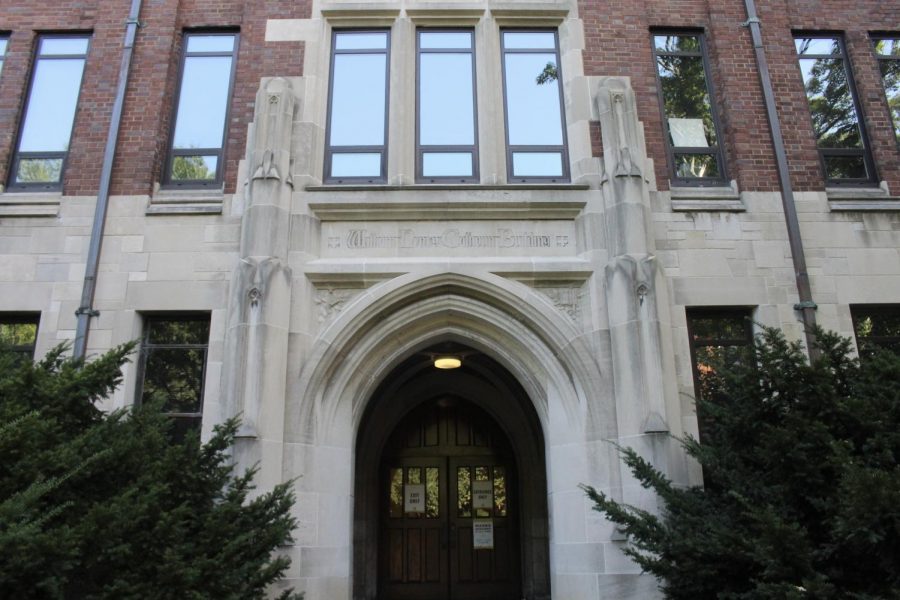 Students organizers continue to work to rename Calhoun Hall, following the VSG resolution a year and a half ago.

Named after William Henry Calhoun, a 19th-century silversmith and jeweler who lived in Nashville, TN, the building currently houses the university’s Communication Studies, Economics and Political Science departments. Calhoun was known in part for his support of the Confederate States of America and was also a slave owner.

The efforts to rename Calhoun Hall come after a student call for action successfully resulted in the renaming of Confederate Memorial Hall in 2016. Currently known as Memorial Hall, the building was renamed after student walkouts raised awareness about the issue, and anonymous donors raised $1.2 million to repay the Tennessee Division of the Daughters of the Confederacy, who had donated $50,000 for the original construction of the building.

After the success of the campaign to rename Memorial Hall, several students, including junior Hannah Bruns, remain passionate about renaming Calhoun Hall.

“This whole process started back in Spring of 2019,” Bruns said. “I was a first-year senator representing East and Memorial House, and I passed a bill alongside the (then) VSG president urging administration to rename Calhoun Hall based on the fact that it is named after a slave owner and also making the further recommendation that they look at other buildings on campus that need to have their names re-evaluated as well.”

The university has several buildings named after supporters of the Confederacy or slave owners. In addition to Calhoun, Garland Hall is named after Landon Garland, the university’s first chancellor, who owned at least 60 slaves. McTyeire International House is named after Bishop Holland McTyeire, the first president of the university’s Board of Trust, who was a supporter of slavery and wrote several essays on the relationships between slaves and their masters.

Currently, the movement stands at a pause due to a lack of response from administration and the pandemic preventing student gatherings, according to Bruns.

The university has yet to provide an official statement.

However, Bruns said she is still motivated to make Calhoun’s renaming a reality through bolstering support on social media.

“Seeing the success of the Abolish Greek Life and Divestment movements, and not being able to have in-person events, things are gonna have to be in the best format online, which I think is social media,” Bruns said.

Per Bruns, current support for the movement has drawn mostly from undergraduate students in the movement’s GroupMe, roughly 100 members, and the movement’s social media and online campaign committee, comprised of 15 students. Many of these students began their involvement over the summer following a Zoom town hall hosted by Bruns.

“Many of the ideas that we came up with during that Zoom meeting over the summer aren’t really feasible right now as far as protests we wanted to hold, which is a little disappointing but there’s nothing we can really do about it now,” Bruns said. “At the moment, my main goal is to grow our base as much as possible, get as many people involved and give them ways to put their passion into action in helping this initiative come to fruition.”

Going forward, Bruns mentioned that their immediate next steps would be to engage in dialogue with administration.

“And if they [administrators] still don’t seem on board, that’s when we would take things to the next level with a protest or demonstration of some sort,” Bruns said.

Other movements this summer have articulated similar requests. Vanderbilt alumna Danielle Sutton started a petition, with over 12,000 signatures, to “hold Vanderbilt accountable for racial justice.” The petition suggested Lawson Hall, in reference to Reverend James Lawson Jr, as a possible alternative to Calhoun Hall.

“Originally, I hadn’t really thought about the name too much, because my main goal was getting the current name replaced,” Bruns said. “I love that idea.”

Though there have been some difficulties so far, this movement is just in its beginnings, and Bruns said she is committed to seeing it grow.

“No Black student should have to walk into a building that is named after someone who, at one point, enslaved their ancestors,” Bruns said. “To me, that’s pretty outrageous and goes against the university’s policies for diversity, equity, and inclusion. That’s pretty antithetical.”