‘Evil Eye’: An underwhelming edition to the ‘Welcome to the Blumhouse’ horror collection

The film offers an international romantic thriller with a disappointing scale 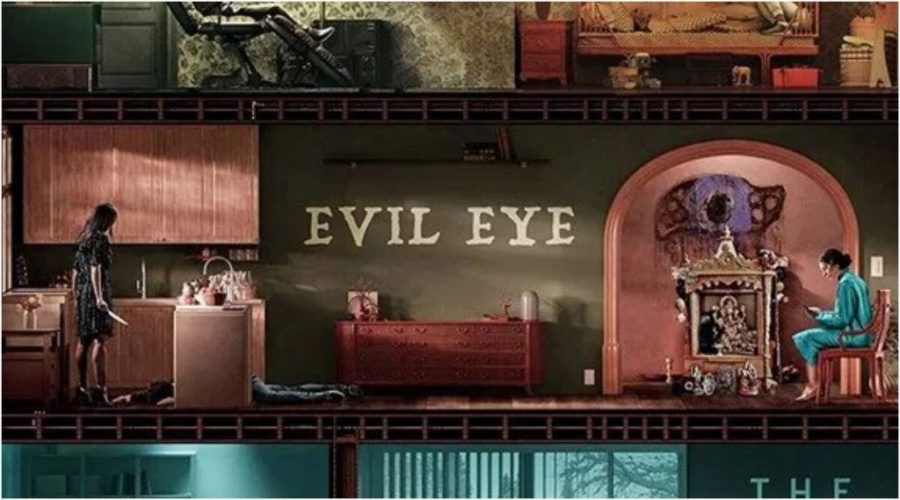 “Evil Eye” is a haunted thriller that debuted today on Amazon Prime Video as part of the “Welcome to the Blumhouse” collaboration between horror juggernaut Blumhouse Productions and Amazon Studios. It follows Sunita Mani playing the young Indian-American Pallavi, who, after the curious passing of her abusive ex, quickly stumbles across the “perfect” Sandeep (Omar Maskati). As they kindle their relationship, her mother, Usha (Sarita Choudhury), vocally expresses grave concerns about supernatural interference. The film is based on an audio play of the same name by Madhuri Shekar, who also penned the screenplay.

The film delves into themes of generational trauma, abusive relationships and cultural dissonance. Unfortunately, the surprisingly light tone in its screenplay, cinematography and direction barely tips its toes into these incredibly dark and triggering topics. The film feels more like a family comedy for its entire first act, with horror/thriller elements only peeking in through flashbacks that become more prevalent by the second half. There were points where I was almost uncomfortable with how much “Evil Eye” downplayed the severity and seriousness of its subject matter.

However, I never felt scared. The movie’s antagonist (whom I won’t spoil) never felt threatening, even after the insidious reveal of their intentions in the final act. The movie basically was a ninety minute justification for delusional helicopter parenting with a half-hearted moral thrown in the last few lines of dialogue.

That’s not to say the film has no redeeming qualities. Choudhury gives a pretty compelling performance as a mother descending into madness in the name of protecting her daughter. The cinematography and direction are passable, although they give the film more of a Hallmark than Blumhouse feel. The flashback horror sequences offer some interesting visuals and the combination of blocking and editing between mother and daughter in some scenes piqued my interest.

With all that being said, if you like your scary movies on the mild side, maybe give “Evil Eye” a shot. I wouldn’t recommend the film to any true horror fans out there. My rating: 2/5