Vanderbilt radio stations alter operations in the wake of COVID-19

WRVU and VandyRadio DJs explain what their stations have lost and gained through remote broadcasting. 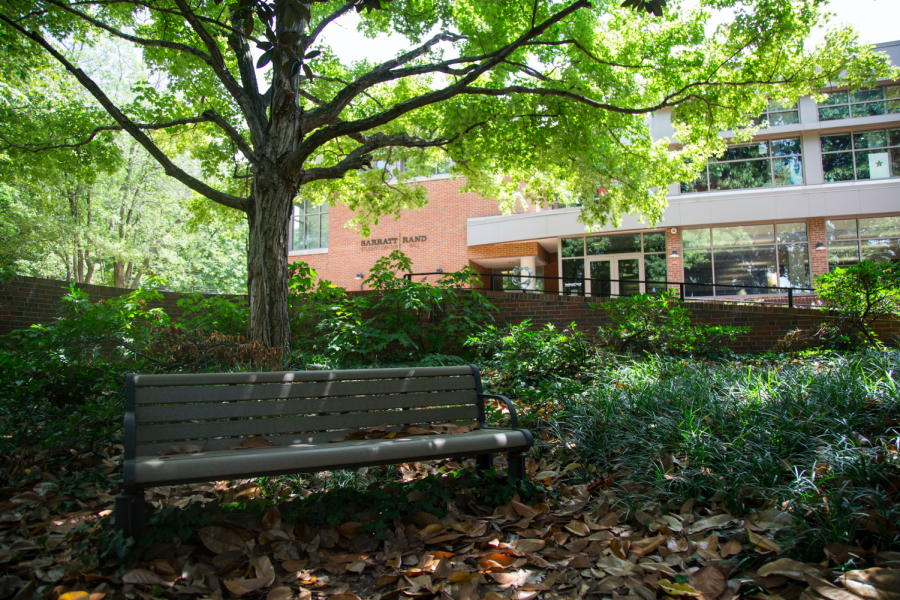 WRVU and VandyRadio have changed their operations for the Fall 2020 semester, due to the university’s COVID-19 club and organization restrictions.

According to DJs from these radio stations, these changes have been station-wide, impacting everything from content to the recruitment process. DJs said that, for the most part, these changes have involved cancelled events and alternate broadcast setups.

However, as per WRVU Station Manager Ayden Eilmus, her executive staff has taken this as an opportunity to introduce new content, such as a Quarantine Breakdown Series, and to develop more inclusive forms of participation, especially for international students.

“Music is finding a way to happen as it always does, thankfully,” Eilmus said.

Lomax explained that Vanderbilt Student Communications (VSC) provided DJs with the technology necessary to broadcast away from a physical studio. This remote-broadcast kit included a Scarlett Box, which connects to the DJs computer and interacts with a radio server, as well as a microphone.

“They ordered 40 between us and VandyRadio,” Lomax said. “We’re hoping to get a second shipment in for new people. The only thing I had to have on my own was an adapter.”

“Every single person who is living in the United States and is a WRVU DJ that wants to have a show can have a show from anywhere in the country,” Eilmus said.

However, Eilmus said that due to shipping costs, the kits were not able to be sent to international

students living abroad. Eilmus added that even though these students cannot DJ this semester, she has made an effort to find avenues in which they can still be involved with the station.

“Our faculty head, Jim Hayes, worked really hard to ensure that we were able to be on air safely,” Hooey said. “He’s been working since April to make sure that everyone who wanted a show was able to get one.”

Hooey said, “And, from what I hear from other hosts, it’s pretty consistent for them too. Sports shows have changed the most.”

In past semesters, VandyRadio has offered broadcasts of Vanderbilt sporting events. Hooey said she is hopeful that they will be able to continue this tradition this year but in a different capacity.

Lomax said that his content has altered slightly in that many artists have been producing experimental works that are different from what they have released in the past.

“A lot of artists have decided to get really creative during COVID, so we’ve had a lot of really good music this year,” Lomax said. “With so much new music out in the world, that’s gonna have a big impact on what we’re playing.”

WRVU’s executive staff has also created a “Quarantine Breakdown Series” that includes the playlists these students made or an artist they fixated on during periods of quarantine.

Other DJs have been getting creative with their content when broadcast technology fails by playing their own content made on the spot.

“I had a friend who was having trouble getting the music to play from his computer onto the radio, so he and his roommate just jammed on instruments on the radio,” Lomax said.

Eilmus also said that the lack of live music has changed WRVU’s content. Given that live music occupied a portion of their blog and broadcasts, she said that they have had to come up with new material.

“We are starting to brainstorm livestreams, collabs with some of the venues in Nashville and work with some local artists,” Lomax said.

As a result of COVID-19, WRVU and VandyRadio have cancelled a majority of the events they hosted in past semesters, including concerts and socials.

“Typically, every November, WRVU hosts a free concert off-campus with local Nashville bands. It’s been hard to deal with the fact that we can’t do that the way that we want to,” Eilmus said.

The radio stations have also had to find a new way to interview musicians for their broadcasts and blogs. Like many other classes and clubs, they have settled on Zoom.

“A lot of people do have guests come and we’re able to facilitate that this semester through Zoom. The audio from the Zoom can be broadcasted,” Hooey said.  “Anyone who wanted to do an interview was able to do it.”

Lomax said that he thinks that these Zoom interviews could actually bring new, more interesting content to WRVU’s blog.

“We’re hoping that since [musicians] don’t have to travel and because they’re bored and need publicity, we can get some bigger names than we have in the past. We are hopeful to work with Verse, which is a recording studio, and get Vandy musicians,” Lomax said.

According to Eilmus, this semester has changed what the role “station manager” means and has created unprecedented new tasks for her.

“This semester means a lot of tech support and trying to recreate what we had done last semester and find ways to make it happen this semester,” Eilmus said.

Eilmus added that this semester has changed the way in which she trains prospective DJs in that they no longer have access to the physical studio. She said that she now FaceTime’s trainees while broadcasting her own radio show.

WRVU has also altered its recruitment process, per Eilmus. She explained that WRVU has had trouble reaching first-year students, leading her to look to new platforms as a means of communication.

“We have social media campaigns to raise awareness for the station for people who want to participate or just want to listen,” Eilmus said.

According to Eilmus, recruitment has been made more difficult because WRVU looks different than it has in the past. She added that many students were led to join the station by the concert access and free tickets provided to the staff. However, with live music opportunities being limited, Eilmus said that students may be less likely to join.

In response to technology issues and training difficulties, Eilmus said she has created new ways for WRVU members to participate.

“Everyone’s been working really hard and working together,” Eilmus said. “It’s been an unexpected community building thing for us.”