Over a month after his death, Lane’s colleagues speak to his adventurous spirit and inquisitive intellect. 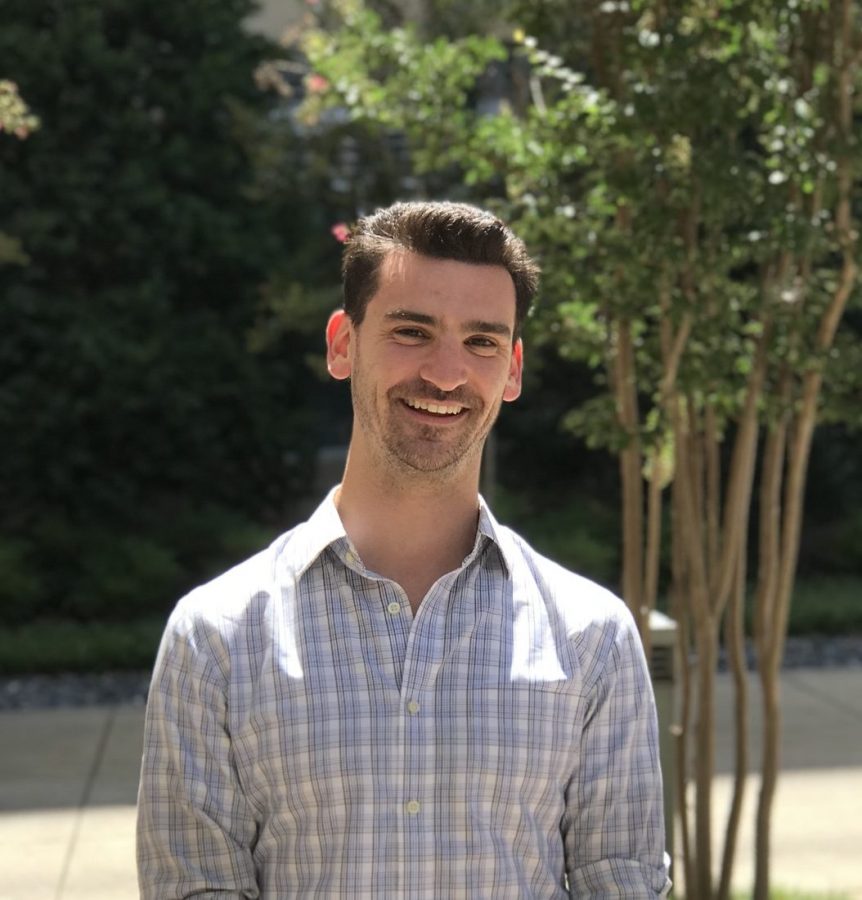 Ben Lane joined Vanderbilt’s Data Science Institute in 2019, where he was a valued team member and friend. (Vanderbilt)

Vanderbilt data scientist Ben Lane was shot and killed outside of his home in East Nashville on Aug. 11.

Over a month later, the Nashville Metro Police investigation into his death is still ongoing. The East Precinct detectives are seeking public assistance to identify the owner of a Kia Sportage in connection with his death.

Lane is survived by his parents, Drs. Ronald and Wendy Lane, his brother William Lane and his sister Dr. Rebecca Lane.

Lane graduated from Davidson College with a degree in classical language in 2012 but returned in 2014 to get an undergraduate degree in mathematics. Lane then started Vanderbilt’s biostatistics graduate program in 2017 before joining the Vanderbilt Data Science Institute (DSI) in 2019. Jesse Spencer-Smith, Chief Data Scientist at the institute, remembered Lane’s passion for learning.

“He had this terrific background in biostatistics, this tremendous interest in and desire to learn about machine learning and deep learning and different ways of approaching teaching and programming and solving problems,” Spencer-Smith said. “He was a great person to have around both as a colleague, as a teammate and just as a friend.”

Lane worked with Spencer-Smith and Senior Data Scientist Charreau Bell as part of a small, tight-knit team at the DSI. While trying to normalize life in quarantine, Spencer-Smith said they would all meet for coffee over zoom to spend time together and share stories.

“It would just brighten your day to see him,” Spencer-Smith said.

Lane was working on a variety of different projects at the Data Science Institute, ranging from learning a new programming language to building models that predict teacher turnover to researching diabetes treatments. Driven by a deep curiosity and love of learning, Bell said she thought Lane was most passionate about evaluating and improving the way people look at data and interpret it statistically.

“He often spoke of various statistical approaches and how they could improve traditional data science workflows. I deeply appreciated the rigor of his thought process to find the best solutions to certain problems, and I always felt that he could change the face of data science,” Bell said. “The way that this person thinks—this is the mind of an innovator. These are the journal articles that should be written and shared. I so clearly saw that in his future, and I honestly feel that we’ve been robbed of him.”

Outside of academia, Lane had a similarly wide range of interests. He was an avid biker, runner, Iron Man triathlete, ballroom dancer and foodie. Spencer-Smith recalled a socially-distant gathering Lane hosted at his girlfriend’s home earlier this summer and said he was struck by the variety of people in attendance.

“He had many different kinds of friends and very close friends,” Spencer-Smith said. “He meant a lot to so many different people, and that’s something which sticks with me.”

Lane, with his bright personality and innovative mind, left a strong, positive impact on the community and his team. Bell said she plans to memorialize him by continuing on with the things that he loved to do, like running, and to live life the way he did: to the fullest.

“It is impossible to remember Ben without being made to smile,” Spencer-Smith said. “You can’t help but remember something funny, something good about him, and that is something that I will always, always remember, and I’ll always treasure.

Lane will be remembered by his colleagues as a great person and scientist.

“At times, I’ll remember some of Ben’s passionate statistical cautions as I’m working— I can almost hear him saying them, so sometimes, it feels as if he’s still here,” Bell said. “He definitely left his mark, and I’m truly grateful to have known him and to have worked with him.”