VSG 2020-21 Senators announced following technical issues with ballots; the injunction preventing the release of results has been lifted. 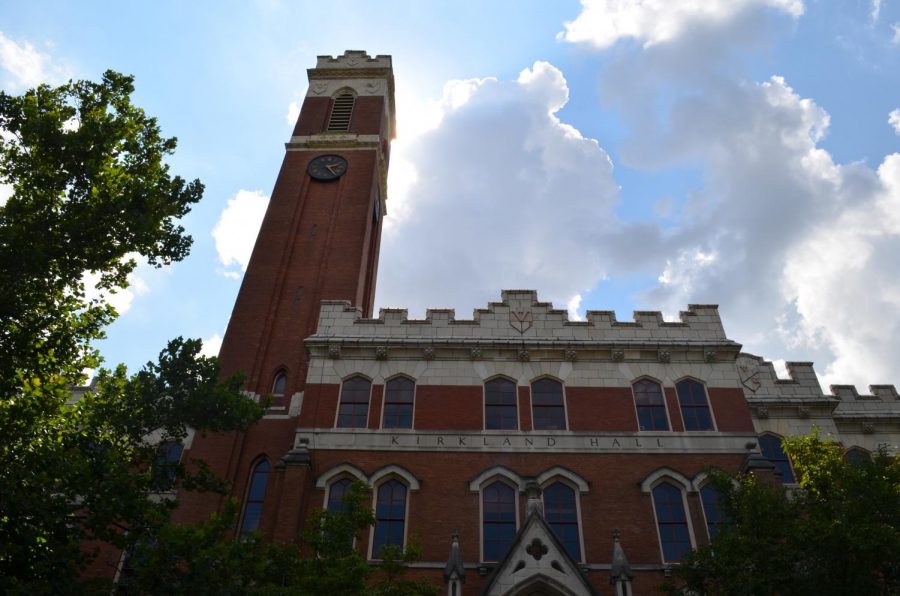 Vanderbilt Student Government (VSG) 2020-21 Senate Election results have been finalized and will be released to the general student body on Sept. 20, according to an email from VSG Elections Commission Chair Jay Patel.

The 2020-21 academic senators will be: Bryce Collings and Matt Geleta, from Arts and Science (A&S); Monica Baldwin, from Peabody; Ian Jenson, from Blair; Carlissa Arrow, from Engineering and Yihan Li and Kayla Prowell, who are remote students.

This year’s election marked a departure from the housing-based senator allocation model, where each dorm received at least one senator, to a year-based model.

Patel’s email also included election data files and the subsequent breakdowns of Anchor Link results for each race. Patel said that the ballot data would be released with the election results for transparency and accountability purposes.

The results were initially planned to be released Sept. 16, the day voting was scheduled to close. However, due to technical issues with Anchor Link’s ballot platform Sept. 15, VSG sent an email extending the voting deadline by 24 hours. The election results were further delayed because  former and current senators requested an injunction and the Elections Commission had to manually count the votes, per Patel.

“At the end of the day, one vote makes a big difference,” Patel said. “So, it’s important to make sure that if we’re doing a manual recount, we do it multiple times, just to ensure the results that we get are final, and that it is correct.”

The injunction was implemented following days of procedural back-and-forths between the legislative, executive and judicial branches.

On Sept. 15, members of the VSG 2019-20 Senate convened for an emergency session chaired by former Deputy Speaker of the Senate Rob Lusk. This session has since been ruled illegitimate.

In the session, the Senate passed a resolution 11-2 calling for all candidates to be made senators.

“Whoever decided to generalize elections to first, second, third and fourth year clearly doesn’t understand the legislative niches senators naturally evolve to fill,” Ward said in a message to The Hustler.

Will Fritzler, 2019-20 College of Arts and Science Senator who voted against the resolution, said a second election would have resolved the senators’ concerns about invalid results.

“I didn’t agree with the plan to accept all candidates as senators, because I believe it would decrease the effectiveness of the Senate,” Fritzler said in a message to The Hustler.

Patel stated in a Sept. 17 email that he didn’t believe the Senate session was legitimate.

In response, Lusk, along with former Hank Ingram House Senator Bryce Collings and E. Bronson Ingram College Senator Chris Marcus, submitted a petition requesting legitimacy and an injunction to hold the results of the election pending litigation to the Judicial Court.

The Judicial Court granted the injunction, which has since been lifted, and ruled against the petitioners, deciding the emergency meeting was illegitimate because the senators’ terms had ended.

In the decision, Chief Justice Daniel Baisier, along with Justices Grace Choi, Lia Hayduk and Alex Mills, wrote that without a clear constitutional or statutory answer, the most reasonable date for the end of the Senate term is the last day of the undergraduate academic year, usually April 30.

“The petitioners’ arguments for why they should have still been considered Senators were unconvincing,” Baisier said in an email to The Hustler.

The court’s decision also noted that over the summer, student representation is limited to the spring semester’s elected officials and appointees of the previous academic year. However, the decision states the Senate could clarify the constitutional ambiguity by passing a statute, which would supersede this ruling.

Ward said the Judicial Court’s response was unnecessarily curt, sassy and failed to address the real problem at hand.

“According to the facts of the constitution, it was our prerogative to interpret when turnover occurred, and I think it’s irrational to suggest we have already ‘turned over’ when no one has hosted elections to replace us,” Ward said. “The most important statute which came up in our discussion was the point that there can be no vacancies in the Senate—how can Exec then justify that from April 30th to late September, there are 27 vacancies?”

Ward said the Senate was “meticulous” in their work during the emergency session.

“In the emergency session, we worked diligently to [cite] each and every one of our actions in a constitutional statute,” Ward said. “We were meticulous—and absolutely no one knows the constitution better than Rob Lusk.”

“Whatever the Judicial Court says is usually agreed upon,” Shah said.

Lusk spoke about the importance of the Senate to student government.

Sources indicate that several senators are currently working on drafts of new legislation that will directly address issues that have arisen during this election.

“Too many times over the past [three] years have we failed to be an adequate check on executive power,” Ward said. “This emergency session was a first step in the right direction—it’s time we stand up for ourselves and the VSG constitution against unlawful abuses of power and shady political maneuverings.”