Marqu’es Webb, a Vanderbilt women's basketball alumna, was promoted after spending one year as director of player development. 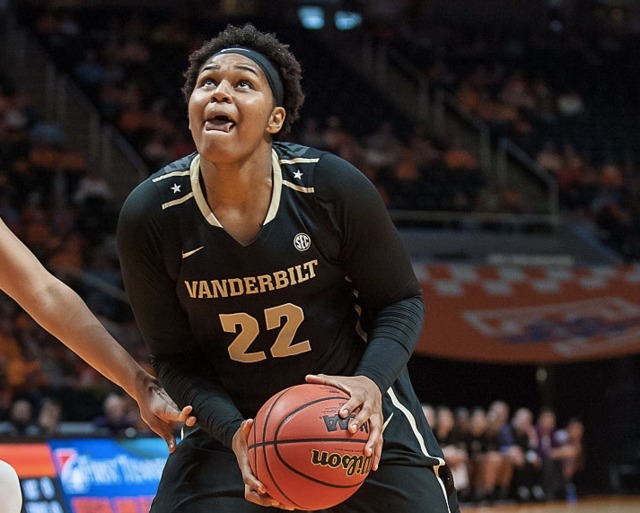 Marqu'es Webb played four seasons with Vanderbilt prior to her start as a coach. (Getty Images)

“I am incredibly grateful for [Head] Coach [Stephanie] White and this opportunity,” Webb said. “This means so much to me it’s hard to put it into words. It’s always been a dream of mine to be a coach. Basketball has placed many great people, as well as coaches, in my life that have impacted me in multiple ways. So to have an opportunity to be a positive influence on the lives of other young women is an honor and a privilege that I greatly appreciate.”

In her undergraduate years, Webb played in 119 games, starting in 80, and tallied 875 points and 703 rebounds for the Commodores. Following her graduation in 2017, she signed with Spolek Basketbalovy Klub Lokomotiva Karlovy Vary, a team in the Czech Republic’s top women’s league, and played overseas for two seasons. She returned to West End in 2019 and spent one season as the director of player development.

Webb’s promotion came after a minor coaching shakeup, as former associate head coach Shereka Wright was hired to be head coach at the University of Texas Arlington on Sept. 4.

“Marqu’es is one of the best leaders I’ve been around,” White said. “She loves the game, is hungry to learn and is great at building relationships. She’s ready for this step and I am so excited to see her on the floor with our team.”