Faculty Heads of Houses work to foster a sense of community while working within the university’s COVID-19 guidelines. 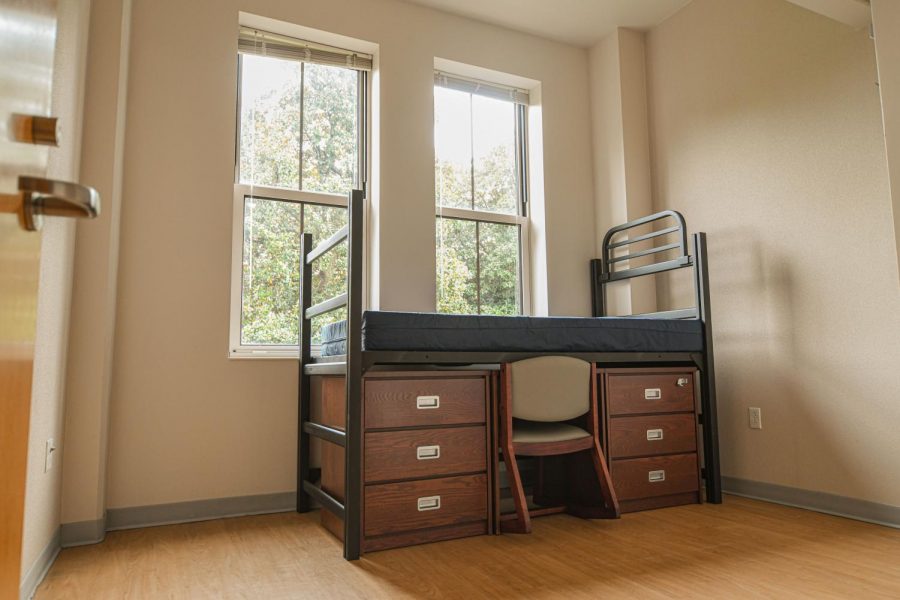 Due to COVID-19 restrictions, Commons Faculty Heads of Houses have been working to instill the same sense of belonging that past students have reported accompanies a traditional Commons experience to the Class of 2024.

Dr. Rosevelt Noble, Faculty Head of Stambaugh House, said he saw the new restrictions as an opportunity to focus on what can still be done, rather than fixate on lost opportunities. He said that he appreciates how it has thrown him off “autopilot” and inspired him to find creative, adaptive solutions to still engage his students.

“We’re social people by nature, humans are, and going off to college is a pretty pivotal and significant moment in most people’s lives,” Dr. Noble said. “The value of having, even if it’s small, opportunities for human engagement and human contact, increases exponentially during this time simply because of the COVID-19 restrictions.”

Noble said that in an effort to cater to the different needs of his students, he has offered a gamut of different small, in-person events and larger virtual events. He offers Common Grounds breakfasts and lunches for small groups of people to gather and eat a meal together. Noble has also made a conscious effort to include the first-year students living in Towers and in Branscomb by hosting meals in the Black Cultural Center (BCC).

Similarly, Dr. Elizabeth Meadows, Faculty Head of East House, emphasized the importance of welcoming affiliates of her house who are living elsewhere for the first semester. She makes sure to walk over to Branscomb at least once a week and has been offering informal porch sits.

“I was out there for three hours on Saturday and another two hours on Sunday. It’s outdoors –  people stopped by, people came, went, left, ” Dr. Meadows said. “Students got an opportunity to talk to each other as well as to me so I thought that was useful. I think I will be doing that every weekend, which is hard, but I think it is necessary this year.”

First-year student Sammy Knoblauch, who is currently residing in Branscomb but is affiliated with East House, noted she always receives an email when Meadows will be coming to Branscomb. She also said that she has been able to meet people from Commons, both near Branscomb and from her trips over to Commons.

“I’ve gone over to Commons a couple times and just met people around. I had some friends of friends when I came in that I’ve met up with that are from Commons,” Knoblauch said. “You run into people just walking around Branscomb with their friends from Branscomb or at Rand in line.”

Knoblauch feels that even though she has been able to meet people from Commons, the majority of the people she has met have been from Branscomb. She also noted the importance of her floor community in Lupton to her feeling at home at Vanderbilt.

Tommie Keznor, a first-year student residing in Crawford House on Commons, further noted the importance of her floor community particularly in a year where it’s harder than normal to meet people. Keznor also explained how, despite initially not having a housing preference, she feels lucky to be on Commons for the first semester.

“Now that I’m here I feel so lucky because I love having the common rooms here, I love how everyone has their own house. They’re all so unique, and they all have a really homey feel. I just love how we’re all together here,” Keznor said. “I just realize how lucky I am to actually be on Commons this first semester.”

Knoblauch noted the lack of congregation spaces in Branscomb as opposed to Commons and how it makes it more difficult to meet people. However, despite the lack of common congregation areas, Knoblauch said that people are still eager to make friends out on the quad, or even in the elevator. She also added that there are upcoming community events she hopes to attend that will help foster a sense of camaraderie.

Knoblauch and Keznor both say that they have had many virtual opportunities offered to them as both of their weekly house signature events have been made virtual.

Meadows also explained her shift to a Game Night for her weekly house signature event.

“It’s called a Game Night, but that’s also focused around building community because a lot of the games I’m using are actually discussion prompts that require students to go into breakout rooms. Small breakout rooms with three or four people, so that they’re exchanging their responses to these prompts with each other,” Meadows said.

In addition to the game nights Meadows is also hosting storytelling events.

“I’m scheduling story exchanges, four during the first semester, where people really do share and exchange stories about multiple issues that are important to them,” Meadows said.

In moving from in-person to virtual events, Noble and Meadows have both stated the importance of centering the events around a theme or object to more naturally engage students in conversation with one another.

COVID-19 restrictions have challenged the Faculty Heads of Houses and students alike to try and keep up a sense of community when they say that it is hardest to do so. Noble remains very optimistic and excited for the year to come and feels that his ability to build community has not been hindered.

“I’ve actually leaned into building community even more despite the fact that it’s at a time when COVID restrictions would say we should be leaning out on some stuff or just taking the easy road,” Noble said.