Official ORCHID trial results to be released shortly, will tell us effectivity of hydroxychloroquine in acute COVID-19 cases

Hydroxychloroquine is an effective therapy for a number of illnesses, and ORCHID looks to determine its safety and efficacy in hospitalized COVID-19 patients. 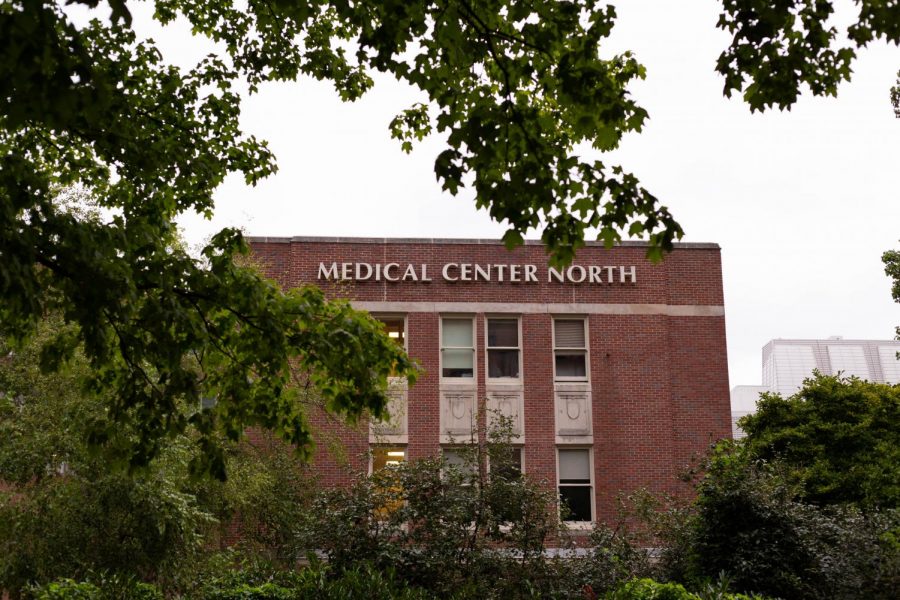 According to its website, Vanderbilt University Medical Center "cultivates distinguished research and educational programs to advance a clinical enterprise that provides compassionate and personalized care and support for millions of patients and family members each year." (Hustler Multimedia/Mattigan Kelly).

Editor’s Note: The quote from Lindsell speaking about the results of the study has since been removed as requested by Lindsell.

Outcomes Related to COVID-19 Treated With Hydroxychloroquine Among In-patients With Symptomatic Disease (ORCHID)’s trial finished on June 19 after sufficient data had been collected. The data suggested that hydroxychloroquine had no benefit or harm to the patients in the trial. The official results of the trial were submitted last week to the National Institute of Health (NIH) and are currently undergoing peer-review, according to Dr. Christopher Lindsell.

Per Lindsell, the official date for the publication is yet to be determined.

“It will all depend on when the journal accepts the manuscript,” Lindsell said.

Dr. Christopher Lindsell, a member of the ORCHID trial team, is also a biostatistician, co-director of the HEAlth Data Science (HEADS) Center and a professor of biostatistics at Vanderbilt.

At the beginning of the trial, Lindsell created the database system, so that the data could be collected appropriately. He also worked with statisticians to create a system to analyze the data. During the trial, Lindsell said he looked at the results as they came in to determine whether or not more data was needed by incorporating a bayesian framework.

About Hydroxychloroquine & the Trial at VUMC

Although laboratory studies had shown the promise of hydroxychloroquine (HCQ) as a therapy for COVID-19, no clinical trials had been conducted in patients according to the VUMC report prior to ORCHID.

On March 28, the Food and Drug Administration (FDA) issued an emergency use authorization to treat patients hospitalized with COVID-19 with HCQ. This order was declared prior to clinical trials to evaluate its safety and effectiveness in COVID-19 patients. The order was later revoked on June 15.

In order to determine if HCQ would speed recovery or prevent complications in severe cases of the virus, the VUMC led the ORCHID trial to attain clinical data. The trial began on April 2 according to the VUMC report.

The trial was conducted at medical centers across the country. It was also blinded, placebo-controlled and randomized with a total of 479 patients enrolled. The fact that the trial was blinded meant that neither patients nor clinicians knew who was receiving the placebo versus the HCQ and the treatment groups were randomly assigned.

Conducting a Clinical Trial during a Pandemic

ORCHID was conducted during an international pandemic, and this came with its own set of obstacles for the team.

“COVID, time, money—it’s huge,” Lindsell said.“How do you consent a patient when you aren’t allowed to go near that patient, or touch them or remove a piece of paper from their hospital room?”

Informed consent is when clinicians provide information regarding the potential risks, protocol and uncertainty of the trial to the patient. According to Lindsell, the social distancing requirements surrounding the pandemic made it difficult to have a meaningful conversation with patients.

Time was another obstacle the team faced. They had to create a protocol for the trial that could be scaled to medical centers around the country in a short period of time per Lindsell. This protocol was implemented at over 30 medical centers, Lindsell said.

“We were dealing with the adrenaline rush in academic timescale, of trying to solve massive problems quickly,” Lindsell said, “There is always, when working at that pace, a fear that by going too fast that attention to detail, rigor and reproducibility is insufficient, and that mistakes can creep in, which actually had a beneficial purpose of ensuring we took the right steps to do it properly.

Per Lindsell, politics have also played a large role in HCQ and had an impact on recruiting patients for the trial.

“I think it is fair to say that the politicization of COVID, covid treatments, and public health response resulted in some patients making decisions based not on fact but on belief,” Lindsell said.

Despite such challenges, Lindsell said that the trial was conducted successfully and fairly quickly.

“This particular trial occurred at a time when every single skid was greased, everyone was working together to solve a common problem, so all of the typical slowdowns in clinical trials were avoided,” Lindsell said. “The sense of teamwork was really strong, and it is extraordinary what can be accomplished in a very short period of time when people do that. Typically what would have taken a year or more in start-up time took 14 days.”

Lindsell said that the success of the ORCHID trial demonstrates Vanderbilt’s leadership in clinical trials, acute care and critical care as well as in many other places.

“It is why we got PassItOn and the funding for that is because ORCHID worked so well led by Vanderbilt. So, it has further cemented our leadership role in this kind of research, nationally and internationally,” Lindsell said.

The publication time is dependent on the length of time for academic peer review. Although it is unknown where and when the official results of the trial will be published, it will be in the next few weeks per Lindsell.