Bored in Blakemore: a beginner’s guide to surviving isolation

Going back into quarantine? Here’s how to save your social life. 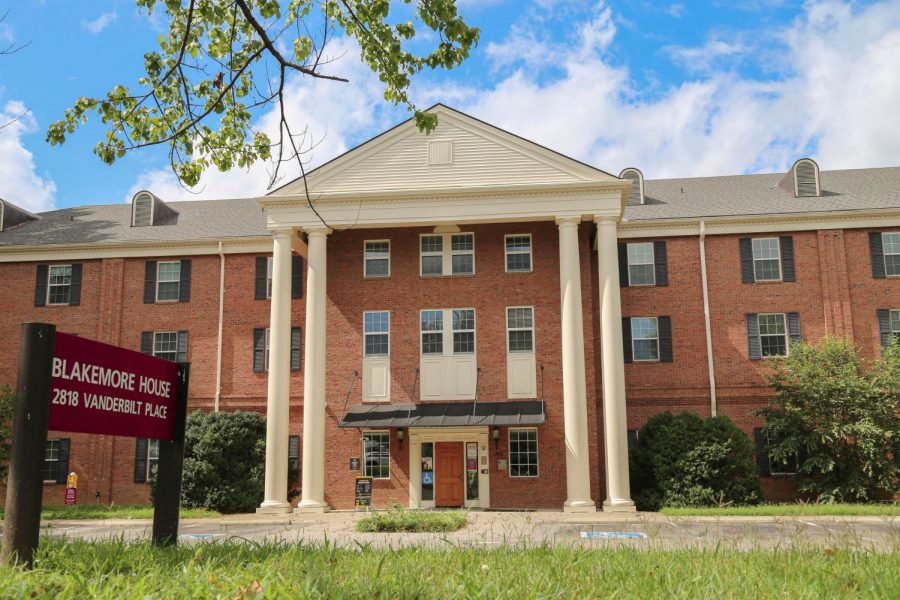 Blakemore House serves as an isolation spot for students on-campus.

So you just got to campus, you’re finally away from home, and bam, you caught COVID-19 and now you’re stuck in isolation. But don’t worry—your social life isn’t doomed, it’ll just have to be virtual for a while. We are the “Zoomer” generation, after all.

Since you won’t be able to roam around Hillsboro or eat dinner in the socially-distanced circles on Commons for a while, here are some isolation activities to keep you occupied and charge your social life battery while you’re “booling” in Blakemore.

One of the best things about living in Nashville is the food (duh). Since you obviously can’t go out to eat right now, invite your friends (or fellow isolatees) to a virtual picnic and have everyone order delivery from the same restaurant. Get Hopdoddy if you’re craving a good burger, or try out Rock n Roll Sushi, a new addition to Taste of Nashville (Both restaurants are on Grubhub). Send out a Zoom invite, and it’s basically like you’re all eating at the same table.

You can always go for the classic Netflix Party, where you and your friends all watch the same movie simultaneously from your own devices. If you’re feeling a little creative, though, try a movie review night: everyone separately watches a popular movie of their choice (if you want, you can pick a category like terrible Netflix rom-coms). Then, tune in to Zoom/FaceTime/Houseparty and describe the movie you watched to everyone else by giving plot hints or actor descriptions, without revealing the movie title. Think “Taboo,” but extra. You can also apply this review party concept to other things, like TV shows, cities or professors.

Obviously, we’re not going to expect you to whip up a gourmet appetizer from the confines of Blakemore. Instead, make a parody “charcuterie board” with your random leftovers or care package snacks tossed onto a creative vessel of your choosing. Maybe you end up with a frisbee with a couple of Doritos, some apple slices and a half-eaten burrito from Taco Mama, who knows? The possibilities are endless. And it’s not like you have anything better to do.

By this point of the pandemic, we’re sure you’re familiar enough with FaceTime and Zoom calls. While the name of our recommended alternative might be a little ironic, the Houseparty app for iOS and Android will certainly spice up your group video chats.

Houseparty allows you to call with friends while participating in fun group challenges games. Totally virtual versions of classics such as UNO, “Heads Up!” and Magic 8 Ball, amongst many others, offer distanced excitement free of charge. Watch out though, because this app notifies other friends when you’re online or “in the house.” We’d suggest savoring any impromptu social interaction that arises, but feel free to lock the room if you want a more exclusive “party.”

Similar to our charcuterie recommendation, this is the ultimate “work with what you got” sort of night. Go beyond the constraints of group projects or final presentations and put a whole new twist on how you use Powerpoint. Gather up a group of friends on Zoom, share your screens and each participant will have to present another person’s Powerpoint on the spot—no rehearsal. Go crazy with the presentation topics: assign astrology signs to fruits, decide which crayons certain politicians would favor or even rank different Vandy dining halls from best to worst.

Sticking with the theme of the classroom-but-better, this scavenger hunt is unlike one you may have played back in elementary school. Choose any word, preferably something obscure, along with a random Wiki page of your choosing. From there, it’s up to the participants to backtrack their way through in-text hyperlinks in order to arrive at the  Wikipedia article for the aforementioned topic. We never said this wouldn’t be a challenge, but we sure do think this will add some spice to any virtual hangout.

Another popular alternative, Jackbox was very ahead of its time as a virtual group game. Jackbox features different party packs containing fun game options, ranging from a “Cards Against Humanity”-esque word game where players attempt to give the wittiest response to a prompt (Quiplash), to a murder-themed trivia game (aptly titled Trivia Murder Party).

Jackbox is unfortunately not free, but the memories you’ll make while playing are priceless. Simply go to their website to purchase the party pack of your choosing, have the purchaser share their screen and get all participants to join the game code on any web browser of their choosing—no additional app downloads needed.

Hold onto your seats because this game is a bit tricky to explain, but we think it’s worth it. This online version of Codenames takes a fun virtual spin on the popular board game. Players are split up into teams, red vs. blue, and the “spymaster” of each team must attempt to connect their team’s words together without using the words themselves. For example, if two of the words were “best” and “newspaper,” the spymaster could say “Hustler” (obviously).

We recommend you try it out for yourself, and you’ll get the hang of it in no time at all. Just remember to click whether or not you want to be a “player” or “spymaster” in the bottom right-hand corner.