Stephen Spanellis became the fourth offensive lineman to opt out of the 2020 season. 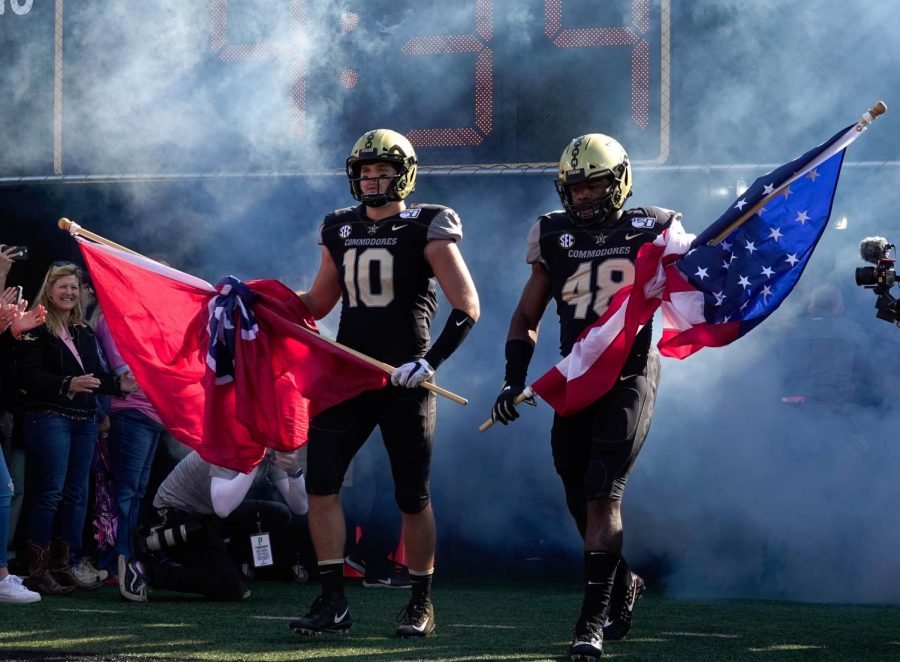 Vanderbilt head football coach Derek Mason said in Tuesday’s press conference that offensive lineman Stephen Spanellis has opted out of the 2020 season due to concerns regarding COVID-19.

“Stephen decided to opt out,” Mason said. “For us, that’s another one of those pieces you thought you may have, but right now, for us, we’re just looking at our depth on the offensive line, and our young guys are getting better.”

Spanellis, a transfer from the University of Michigan, is one of at least five Commodores to opt out of the 2020 season, joining placekicker Oren Milstein and offensive linemen Cole Clemens, Jonathan Stewart and Bryce Bailey. Linebacker Dimitri Moore, who had previously opted out of the season, announced his intention to opt back in on Aug. 25.

For the second week in a row, Mason did not give a number of total opt-outs. However, he does not anticipate that more players will opt out prior to their first game against Texas A&M on Sept. 26.

“Right now, I think I’m pretty set with what we have,” Mason said, when asked if more players might opt out. “Obviously, a student-athlete can opt out at any time. We do understand that everybody has something different going on, and I constantly remind our team of where we are and what we’re doing.”

Mason also alluded to the fact that two quarterbacks, Jeremy Moussa and Danny Clark, were among the student-athletes recently released from isolation housing.

“We’ve got four talented quarterbacks. We had a couple of guys who were in quarantine who just came back, which is great because now they’re back on the grass and we’ll get a chance to continue moving forward,” Mason said. “I’ve been impressed with the young guys, in terms of what they’re doing. Obviously the older guys were in quarantine for a little bit, they’re just coming back. But the young guys have been terrific.”

The four candidates for Vanderbilt’s starting quarterback job are Clark, Moussa, Mike Wright and Ken Seals. Clark and Moussa, transfers from junior colleges, are both juniors. The two are likely the “older guys [that] were in quarantine,” since Wright and Seals are freshmen.

“In terms of opting out, I really don’t talk about it a ton. But I do talk about taking care of your body. Your body is your job,” Mason said. “If you have health concerns, let’s make sure we continue to address those. Everybody is different.”