Columbia, Princeton are among the top universities that cancelled on-campus living for most undergraduates for the Fall 2020 semester, holding completely virtual learning. 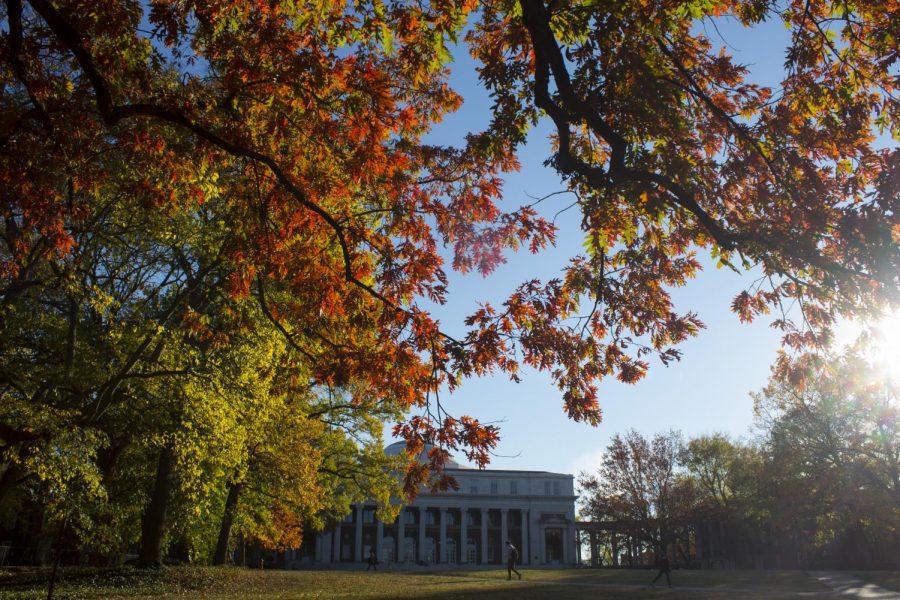 Vanderbilt remains committed to bringing students back to campus, including Peabody College, shown above in the fall. Vanderbilt is one of only four top 15 institutions to hold to this, with others going remote for the Fall 2020 semester.

Vanderbilt is one of four universities among the top 15 in the nation that will invite all interested undergraduate students to come back to campus in the fall.

The nation’s top 15 universities, according to US News and World Report, have not reached a consensus on the best way to return to school this fall. Only five are inviting certain undergraduates back to campus. Four, including Vanderbilt, are planning on allowing all interested students to move back to campus. Six schools are asking all students to stay home for an entirely virtual semester. All schools will allow students with certain extenuating circumstances to live on campus.

In recent days, Columbia University and Stanford University have changed their plans of a hybrid semester to move all undergraduate learning online. Before them, the University of Pennsylvania, Johns Hopkins University and Princeton also reversed announcements of hybrid set-ups that allowed some students to return to campus. Now, these schools have adopted fully online semesters.

“Unfortunately, COVID-19 continues to spread at an alarming rate across the country, with approximately 2 million new cases reported over just the past month,” UPenn President Amy Gutmann and other administrators wrote in a letter to students Aug. 11. “The progression of the disease is evident in many states from which Penn welcomes thousands of students. The sheer number of students who by Pennsylvania public health recommendation would now upon arrival—or based upon testing or high-risk exposure—need to go into a two-week quarantine is untenable.”

The option of allowing certain groups of students to come back to campus looks different for each school. For example, the Massachusetts Institute of Technology is only allowing rising seniors back to campus, whereas Stanford is allowing first-years, sophomores and new transfer students.

Brown University has taken a unique approach, declaring all instruction virtual through Oct. 5. The school plans on reassessing the public health situation by Sept. 11. If cases decline over a 14 day period and the number of positive cases among students is low enough, juniors, seniors and sophomores are invited to campus and will arrive in phases. If not, the rest of the semester will be online.

On June 16, Vanderbilt announced its plan to bring students back to campus Aug. 17-23, welcoming all interested students. Students were required to opt out of in-person learning by June 26 if they chose to do so, though many classes are operating completely online. A university spokesperson declined to respond to the recent decision among peers to call off on-campus living for the fall term.

“Should an outbreak occur or public health conditions change significantly, we will rely on our colleagues at VUMC, as well as local, state and federal officials and public health guidelines, to help us assess if we must send some or all students home,” Chancellor Daniel Diermeier and Provost Susan Wente said in their June 16 announcement of the plan for the fall semester. “We know some members of our community are likely to test positive this fall, but we are establishing rigorous systems to manage this reality, care for our students and protect our community.”