The SEC announced on Thursday that it would move to a conference-only schedule in the fall, eliminating four nonconference football games from Vanderbilt’s schedule. 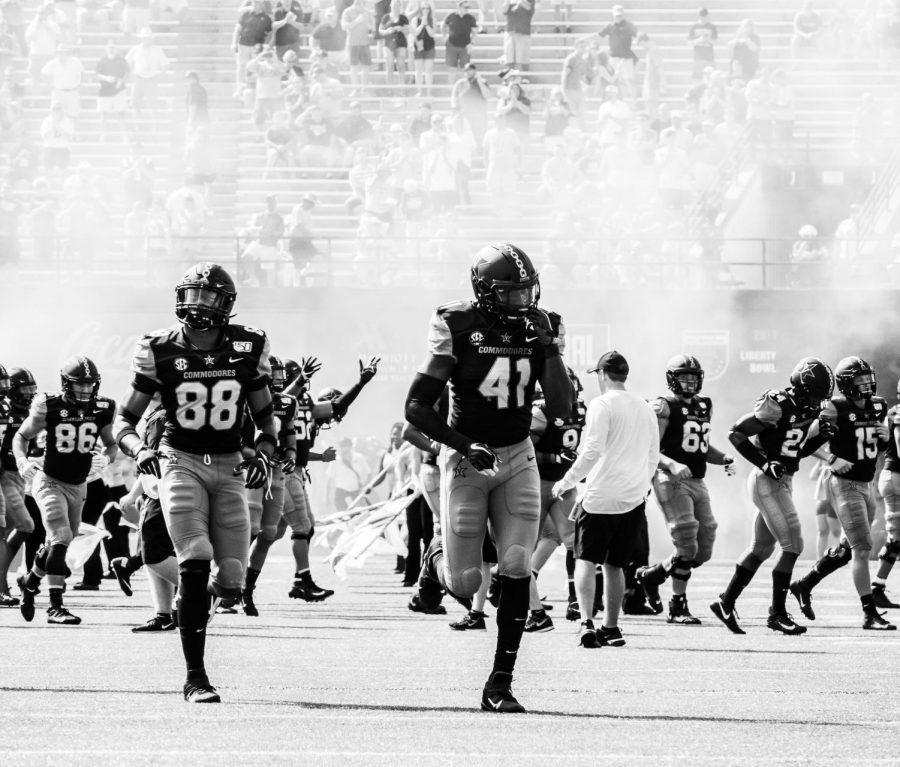 The Southeastern Conference on Thursday announced it will shift to a conference-only football schedule in fall 2020, effectively eliminating all nonconference games from its slate. The ruling was made amid the COVID-19 pandemic and will postpone the start of the season to Sept. 26.

“This new plan for a football schedule is consistent with the educational goals of our universities to allow for the safe and orderly return to campus of their student populations and to provide a healthy learning environment during these unique circumstances presented by the COVID-19 virus,” SEC Commissioner Greg Sankey said. “This new schedule supports the safety measures that are being taken by each of our institutions to ensure the health of our campus communities.”

“This is a common-sense approach to starting a football season under incredibly challenging circumstances,” Lee wrote in part. “The safety and well-being of our student-athletes remains our greatest priority.”

The SEC became the fourth power five conference to shift to a conference-only schedule, following in the footsteps of the Big Ten, ACC and Pac-12.

The SEC has not yet released a revised schedule, so it remains unclear which conference teams the Commodores will face in 2020.
What does this mean for Vanderbilt?
The cancellation of nonconference games could have legal ramifications, as each series is upheld by a strict game contract. The Hustler obtained copies of Vanderbilt’s game contracts with Colorado State and Kansas State via open records laws to find out what’s at stake.

Vanderbilt’s contest with Colorado State would have marked the first of four scheduled matchups, with three more to follow in 2021, 2025 and 2026. In the event of cancellation, the contract includes a clause holding the cancelling party responsible for a $500,000 payout to the non-breaching party as reasonable and contemplated liquidated damages.

Vanderbilt’s game contract with Kansas State is a bit more complicated. In 2014, former Vanderbilt athletic director David Williams signed off on a contract for a home-and-home series with Kansas State. However, the first leg of the series already took place in Nashville in 2017, making the breaching penalty far greater than the former. The contract states that if cancellation or failure to appear happens on or after January 1, 2017, the cancelling party will be responsible for a $1,750,000 payout to the other party.

The force majeure clause from the Kansas State game is as follows: “In the event of fire, flood, hurricane, tornado, earthquake, war, invasion, hostilities, rebellion, insurrection, confiscation by order of the government, military of public authority or prohibitory or governmental authority, including that of the Southeastern Conference, the Big 12 Conference, or the National Collegiate Athletic Association, making it impossible or impractical to play the game, both parties shall be relieved of any and all obligations of this agreement.”

The Mountain West Conference, home of Colorado State, has also moved to a conference-only schedule, but the Big 12 has yet to announce changes to its football schedule. For Vanderbilt, the hope is that the SEC reverting to a conference-only schedule will fall under a “governmental authority, including that of the Southeastern Conference” making it impractical to play, thus relieving the athletic department from having to provide substantial compensation payouts.