Lessons & Literature: “There There” creates a space for the contemporary Native perspective lacking in popular culture and discourse 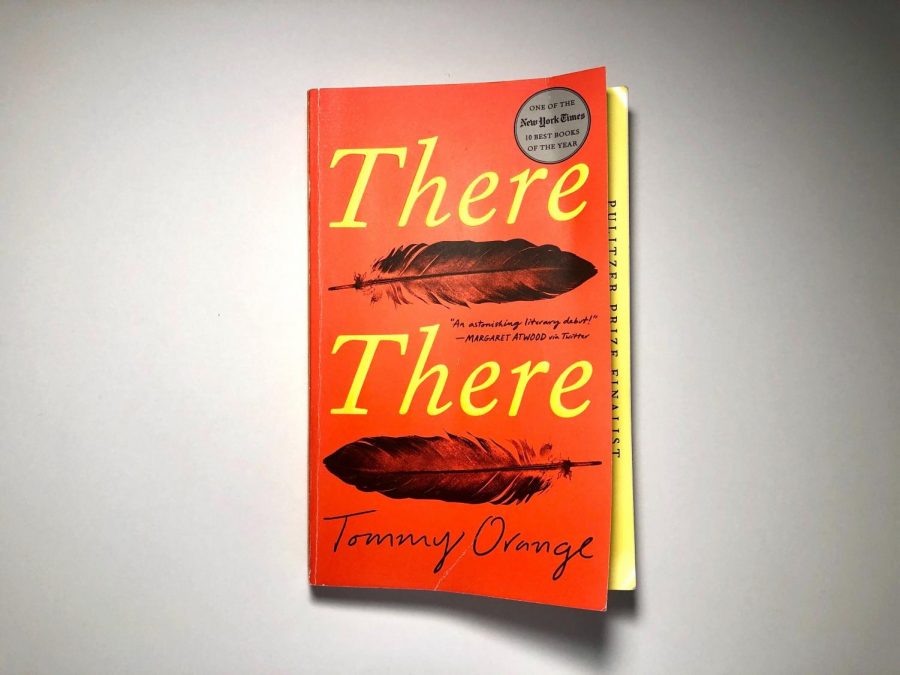 To respect those who inhabited these lands first, whose homes were stolen by settler-colonialism, we must recognize what exists at their expense: Nashville and Vanderbilt, at the expense of the homelands of the Shawnee people.

Quickly, too quickly, my barely-worn blue hiking boots slip on the earth. In an instant, their matte blue is covered in orange mud, the color of a sacred copper river in the mountains of Cotacachi, Ecuador. My peers, who successfully cleared the stream in effortless jumps, spin around to help me up from my knees in shallow water, holding the rest of the group up as the rivulet of sacred lands soaks my clothes.

The summer after my sophomore year, I planted trees in a hallowed expanse of preserved indigenous mountains with a cohort of Vanderbilt students on a service trip. We had left Quito, Ecuador for the weekend to stay with indigenous host families in the small town of Cotacachi. Everything about the town felt novel, distinct from anything I’d ever experienced: a web of kinship and community that seemed untouched and sacred in itself. The underlying quality of tradition didn’t need to be spoken to be felt. It was palpable in the sound of reverberating songs and chants performed in the dead of night, in the echo of instruments outside the room where I slept, in the vibration of sounds meant to sanctify the sun.

By the end of my six weeks abroad that summer, I knew more about indigeneity in Ecuador than in the United States. I realized my understanding of Native Americans was entirely historical, not contemporary. Somehow, I was never forced to reckon with modern indigenous existence, with anything beyond black and white sketches of Natives in my middle school textbooks.

Set in present-day Oakland, California, Tommy Orange’s “There There” follows a large cast of characters who grapple with their Native identities in an urban setting. In the novel, Orange gifts the reader with historical context and contemporary lives, detailing modern issues faced by Native communities while grounding us in the past that informs this present. The twelve Native characters embody the visceral effects of settler-colonialism and offer raw, personal glimpses into concepts of ancestral trauma, love and tradition. A young boy who begins to explore his culture and a struggling addict seeking reconnection with her family are just two examples of these unforgettable characters who carry with them an inherited fight for life and lands.

From our political perspectives on Native issues to our own relationship to the Native lands we live on, the applications of this book are boundless. To respect those who inhabited these lands first, whose homes were stolen by settler-colonialism, we must recognize what exists at their expense: Nashville and Vanderbilt, at the expense of the homelands of the Shawnee people. Modern systems of education, at the expense of the wisdom of indigenous knowledge. A patriarchal society, at the expense of the feminisms inherent to indigenous systems

I needed to travel to another country to realize the importance of acknowledging and supporting the people native to this one, and to see many of our institutions and ideas as the settler-colonial structures they have always been. In true Gen Z fashion, I found Native voices first through social media. When I first engaged with the works of the Native writers and scholars I’d heard about, namely Adrienne Keene and Matika Wilbur, who host the All My Relations Podcast, I was stunned by the way colonialist thought shapes so many aspects of our lives, from our conceptions of everything from gender to wilderness. “There There” reaffirms this idea that so many of our values are not intrinsic to who we are, but rather in place by colonial design. Additionally, the novel helped me connect the larger themes I had been engaging with to characters whose relationships to these concepts are deeply personal. It is one thing to learn about generational trauma in Native communities, and another to bear witness, even just through fiction, to characters whose everyday lives are affected by it.

Orange writes, “We are the memories we don’t remember, which live in us, which we feel, which make us sing and dance and pray the way we do, feelings from memories that flare and bloom unexpectedly in our lives…” Throughout the book, Orange describes a connection to ancestral knowledge, practices and land that settlers do not know and often refuse to understand. I was blown away by the scope of his work. Orange manages to unveil realities from blood quantum to Thanksgiving while developing characters I have never seen represented before in literature.

Representation matters—Tommy Orange’s novel matters— because we live in a country where 40 percent of Americans don’t think Natives still exist, and 62 percent of Americans have never met a Native person, despite the fact that 70 percent of the five million Native people in the U.S. live in cities. Native erasure is essential to “American” identity with many Native cultural practices persecuted as illegal acts until 1978. When Native representation exists primarily as mascots, which are scientifically proven to negatively affect the mental health of Native children, responsible depictions of Natives become even more necessary.

Stories like “There There” are critically important because they enable readers to better understand what contemporary Native life is like. Without these important narratives, we are left with culturally appropriative costumes and mascots, perpetuating the harmful idea that Natives don’t still exist, or if they do, as stereotypes. Many Americans only experience representations of indigeneity as racist images for sports teams, commercial symbols defended as a celebration of Native strength. But how can you celebrate a community whose needs you are ignorant of, whose concerns you refuse to hear, whose extinction is so often presumed? The Washington football team has recently changed its name after pressure from sponsors, but these mascots persist everywhere: in the Cleveland Indians, the Atlanta Braves and countless high school sports teams. It seems settlers only cling to Native representation when it has been commercialized for their benefit, where “warrior” tropes can be capitalized on. A better way to successfully celebrate Native strength would be to amplify the telling of real Native stories. Celebration requires active engagement with Native work, lives and issues and Orange provides us with an opportunity to do just that.

“There There” is a beautiful and heartbreaking novel, one that will forever change how I approach the numerous disciplines in which the indigenous perspective is invaluable. At Vanderbilt, we do not have a Native American studies department nor many classes on these issues, so we must seek out these educational resources on our own. Personally, this book was part of that, and I am grateful to Orange for creating this story, the existence of which holds great stakes and significance in a country where such genuine Native depictions are so rare.