GUEST EDITORIAL: A message from the former brothers of Delta Tau Delta

After our failed attempts at reforming the Greek Life system, we are dropping our Greek affiliation in hopes of creating a more unified and inclusive social experience for everyone on Vanderbilt’s campus. 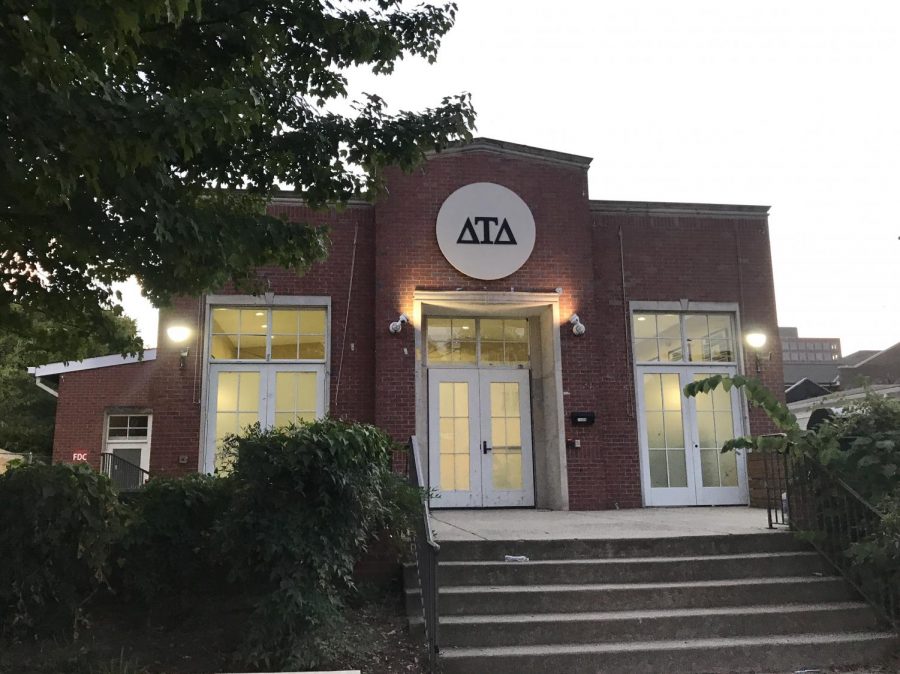 The past few weeks have been a period of sincere self-reflection within our Greek organization, Delta Tau Delta. Deserved and poignant criticisms of IFC, the Panhellenic Council and ourselves have been at the forefront of all of our minds. We strive to be empathetic and kind individuals. It is impossible for us to ignore the fact that empathy and kindness are incompatible with the racism, misogyny, sexual assault, classism, homophobia, violence and transphobia that have been woven into the fabric of our former Greek chapter and community over the years.

Continuing to participate in the current state of Greek Life is incompatible with our ideals. We had initially hoped to reform the Vanderbilt Greek system from the inside. However, our genuine efforts towards meaningful reform have been met with systemic apathy and animosity. Because of our failed attempt at reform, those of us who have disaffiliated are adamant in our call for the abolition of historically white Greek Life. To all those harmed by Delta Tau Delta, we extend a sincere apology—there is no reversing the damage we have caused.

In our minds, the only path forward to impact Vanderbilt’s social structure positively is from outside of the Greek Life system. The vast majority of members of our fraternity will be dropping and taking action to create a safer and more equitable campus.

How We Got Here

Nationwide social justice movements that have taken place over the past few months have energized conversations about our own role in Vanderbilt’s community. This energy and discussion has generated a strong push for sweeping reform to the IFCPH community. Our attempts at making internal change were, regrettably, not supported by many within our former community or its administration. Our attempts at change, outlined below, aimed to disperse social power at Vanderbilt by allowing Greek chapters to disaffiliate from their national organizations, extending exclusive use spaces to other organizations on campus and increasing partnerships between Greek and non-Greek organizations. These changes met harsh resistance, with the Director of Greek Life, Kristin Torrey, characterized the Greek organizations pushing towards sweeping reform as “an absolute clusterfuck” after an IFC meeting where these reforms were proposed. This disheartening apathy and preference for the status quo destroyed our belief in a future where IFCPH could be a force for good and led many of us to make the choice to disaffiliate.

Our work from here on out will aim to begin realigning Vanderbilt’s social atmosphere with the modern era. Historically white Greek Life is an institution that has wielded an enormous amount of social, academic and financial capital in a way that has done immense personal and structural harm to our fellow classmates. Acknowledging our contribution to inequity in the past, we hope by exiting the Greek Life system we can work to promote a more equitable social ideal.

We must also ensure that the disbanding of IFCPH chapters does not create a social vacuum filled with the same multi-faceted bigotry that has plagued this system for so long. Because it is certain that these problems will exist long after we leave campus, the vacuum of social power left by eliminating IFCPH must be filled proactively. It would be naive of any one organization to assume that they can speak for the rest of campus. As such, we as individuals will proactively seek to enter into and foster partnerships with organizations across campus in an effort to help responsibly redistribute the privilege we have spent so long accumulating while strengthening invaluable connections between the student body and anti-violence resources like Project Safe. If we can accomplish such a transition, then something more equitable and inclusive can be born from the ashes of our death.

Our primary call is for the abolition of IFCPH. We do realize, however, that there will likely be Greek organizations that do not join us in this movement towards change. With this in mind, we ask remaining Greek organizations and the Director of Greek Life, Kristin Torrey, to consider why they have chosen to reject our proposed call to action described below. We pledge to continue supporting this plan of action, which has been developed with input from non-Greek campus organizations, to ensure that we ourselves are proactively contributing to this change:

The Office of Greek Life (OGL) will allow any IFC or Panhellenic organization to disaffiliate from their national organizations if they so choose. It is impossible to operate as a counterforce to misogyny and social regression while bound by the regressive rules that some national organizations impose on their chapters. This process of disaffiliation has already occurred on several other campuses, such as Tufts and Dartmouth, and has allowed students to develop all-gender organizations that are not confined by national organizations that dictate their value structure.
IFCPH and OGL will partner with organizations across campus and conduct a systematic inquiry into the areas where those organizations feel change can be made to promote equity. These organizations should include, but should not be limited to: Project Safe, the MLC and all of its constituent organizations, NPHC Fraternities and Sororities, the Lambda Association, the Student Center for Social Justice and Identity and the Office of Vice Chancellor for Equity, Diversity and Inclusion. The recommendations resulting from this systematic inquiry will be included as an essential part of any plan moving forward.
OGL and IFCPH will work with the proper administrative outlets to create a yearly application process for an exclusive use facility. This application would allow any campus organization to apply for an exclusive use facility for an academic year and would grant member housing and exclusive use rights to whichever organizations are approved. Mandatory Project Safe education will continue for any organization applying for an exclusive use facility, and educational programs will be expanded to include information on a wider range of social issues, such as racism, classism and homophobia. This will serve to distribute the monopoly on social power that comes with the exclusive spaces currently held by IFCPH organizations.

Outside of this campus-wide call to action, as former brothers, we have a number of goals for ourselves. To begin, we have agreed to contribute a minimum of $6,000 toward supporting student organizations that advocate for historically disenfranchised campus communities. Next, we will be donating to a Nashville organization supporting survivors of sexual violence (The Sexual Assault Center) and implore others to do the same. Furthermore, we will continue advocating for the application-based policy for Greek Row houses listed above. And finally, we will support existing petitions that call for inclusive campus initiatives. These include, but are not limited to, pushing for increased educational focus on cultural competency, the augmentation of professors’ end of semester surveys to include questions on the social equity climate of classrooms and an increased transparency on demographic data reporting.

The active harm caused by Greek Life on Vanderbilt’s campus is immense and undeniable.
There is no good faith argument to be made for the IFCPH system to remain in its current state.
The small changes currently proposed by IFCPH and the Office of Greek Life are ill-suited to address the monumental issues of the Greek system. And our failed attempt at meaningful reform has left us unconfident in the future of Greek Life at Vanderbilt. This system’s existence turns Vanderbilt into a space that oppresses the identities of so many individuals that we should empower. A space that tends to divide and degrade where it should unite and celebrate.

To those choosing to stay in their IFC or Panhellenic Organizations, we ask you: is the decision to stay made out of complacency? Or because you truly believe it is the most effective way to create change? How will your actions from here on out answer this question for you?