The accomplished closer was selected by the Astros, making him the second Vanderbilt prospect drafted in the 2020 MLB Draft. 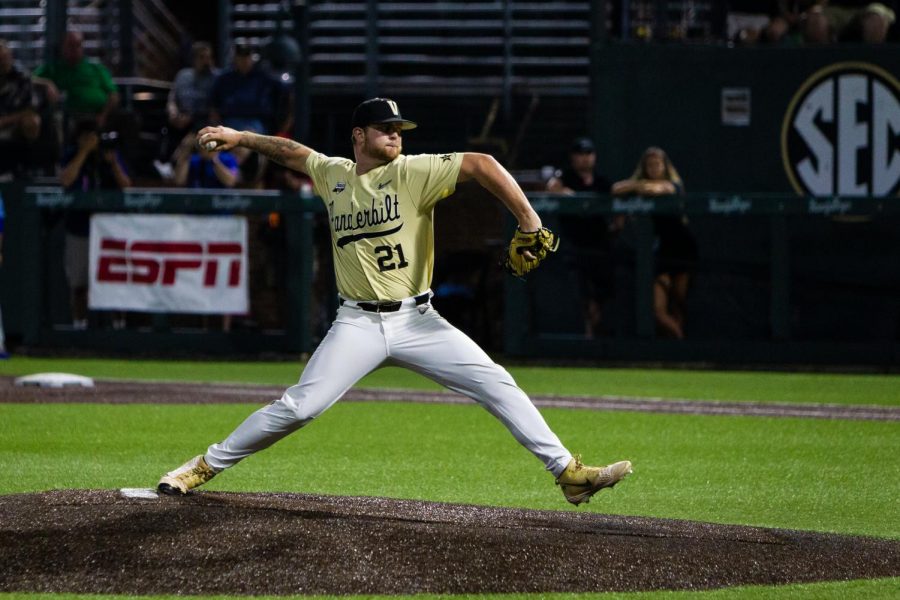 Vanderbilt closer Tyler Brown, who did not allow a run in 27 of his 31 appearances on the mound in 2019, was selected by the Houston Astros with the 101st overall pick in the third round of the 2020 MLB Draft.

Brown dominated throughout his sophomore season and prior to his junior year, he was named a 2020 First Team Preseason All-American by D1Baseball and Perfect Game. However, Brown struggled at the beginning of the 2020 season, surrendering four runs in his first 2.2 innings pitched. He quickly recovered and in his next five appearances, Brown did not allow a single earned run.

Brown made the most noise during the Commodore’s 2019 National Championship run. In the College World Series, he pitched 7.2 total innings without surrendering a run. Furthermore, in the entire NCAA Tournament, he held opponents to a .214 batting average with runners on base.

The right-handed junior, who has faced an immense amount of adversity throughout his young life, has excelled on the biggest stages, staying calm under pressure. His 17 saves in 2019 set a Vanderbilt single-season record and his 21 career saves is second in program history, trailing only Brian Miller (2012-2014).