Vanderbilt has produced a top-five draft pick in each of the past two drafts, with JJ Bleday selected 4th in 2019. 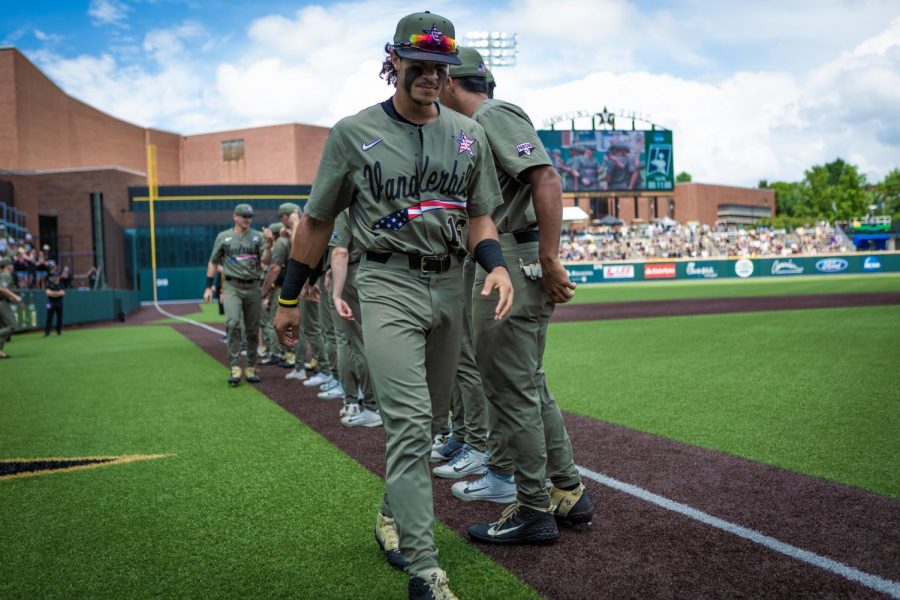 Vanderbilt utility man Austin Martin was selected by the Toronto Blue Jays with the fifth overall pick in the 2020 MLB Draft on Wednesday.

Martin is the second Commodore in two years selected in the top-five, joining JJ Bleday in 2019.

Back in 2017, Martin—then a 5’11”, 160-pound high school graduate—waited three days to hear his name called in the MLB Draft. Eventually, with the 1,122nd overall pick in the 37th round, the Cleveland Indians drafted the Jacksonville, Florida native. Rather than signing with the Indians, however, Martin chose to attend Vanderbilt.

Martin’s sound junior campaign saw him hit for a .377 batting average and a .507 on-base percentage through 16 games. The season was ultimately cut short due to the COVID-19 pandemic, so Martin was unable to repeat his impeccable sophomore year.

As a sophomore in 2019, he led the Southeastern Conference (SEC) in batting average (.392) and on-base percentage (.486) while also leading the country in runs (87). In the process, Martin broke Vanderbilt’s single-season record for runs scored and tied the program record with 105 hits. He was named to the All-SEC first team, among other individual achievements, and helped Vanderbilt capture the SEC regular season title, SEC Tournament and National Championship.

Martin has been lauded by coaches not just for his hitting abilities but also for his immense versatility and athleticism. In his freshman year alone, Martin started games at six different positions. Since then, he’s been used mostly at first base, third base and center field but has proven capable of playing almost anywhere on the field.