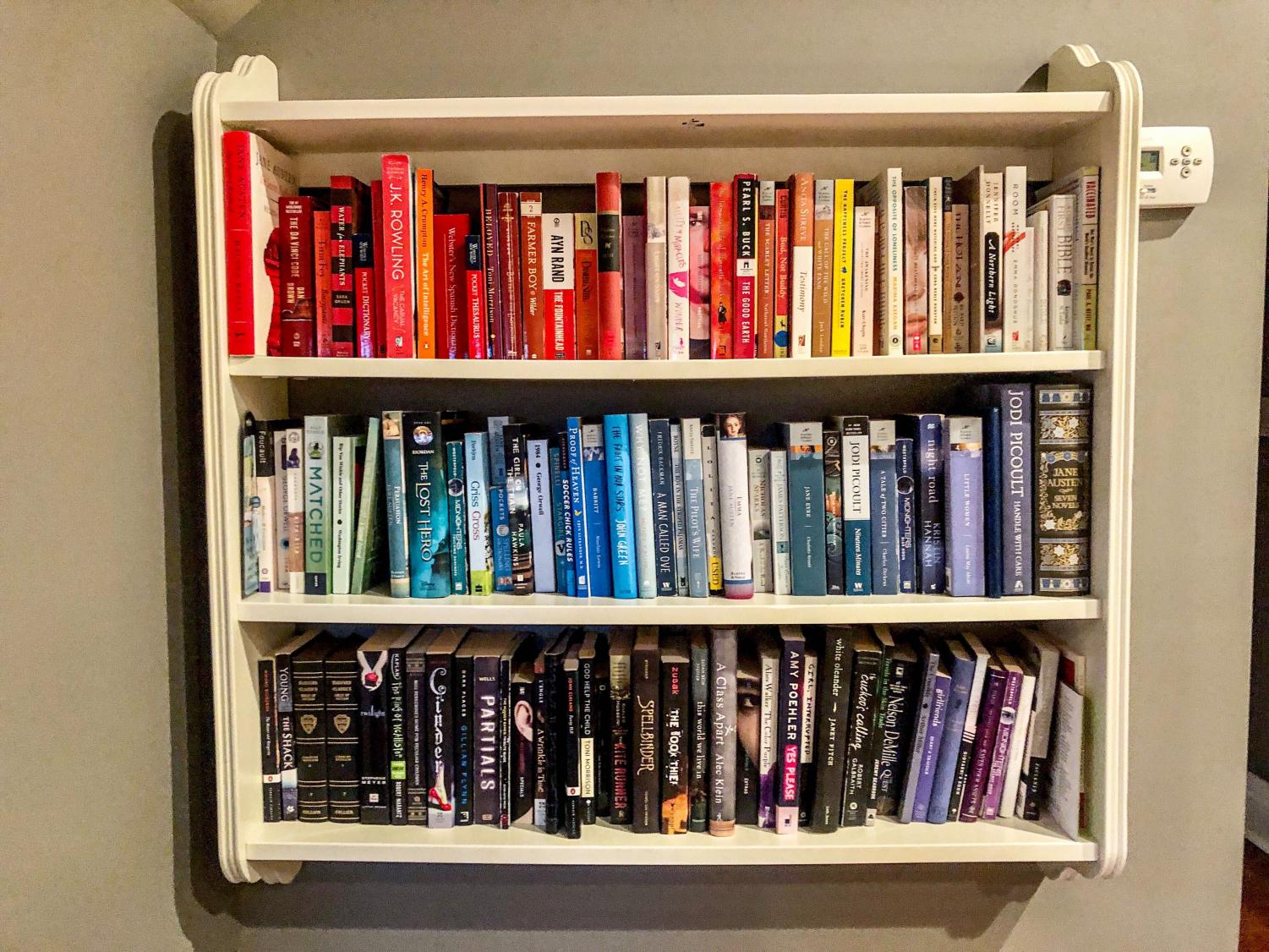 Lulu Miller’s book provides an honest exploration of what it looks like to crawl out of chaos and draw meaning from destruction. (Jenna Moldaver )

Lulu Miller’s book provides an honest exploration of what it looks like to crawl out of chaos and draw meaning from destruction.

Lessons & Literature: “Why Fish Don’t Exist” is the perfect read to get you through this pandemic

Welcome to my column! My name is Jenna, and I’ll be covering all things books in my column, Lessons & Literature, this year. I’ll be using this space to reflect on my latest reads, offer recommendations and explore the role literature plays in my life and college experience. I’ll be reviewing books that taught me something, whether in an academic sense or a personal one. This one did both, so let’s get to it.

I had been looking forward to the release of Lulu Miller’s “Why Fish Don’t Exist” for at least a year when I finally got my hands on it last month. Without really understanding what exactly it was about, I knew that I would end up deifying its contents for the sole reason that it came from Miller: journalist, co-founder of the podcast “Invisibilia” and narrator of science stories that somehow take up permanent residence in your heart the moment she brings them to the surface. On runs, commutes, flights and drives, I’ve come to envy the ease with which Miller extracts poetry from nature in her radio stories, seamlessly connecting the dots between the realities of our world and what we can take away from them. In her debut book, which is part biography, part memoir, part philosophical musings about the order of the world, she does the same.

This genre-bending read is hard to summarize. On one hand, it’s a nonfiction account of marine biologist David Starr Jordan, whose life’s work came crumbling down in the 1906 San Francisco earthquake. Jordan’s scientific career yielded the identification of thousands of species of fish. After the earthquake, he returned to his lab to find his fish, once meticulously stored in tagged glass jars, sprawled across the floor, unidentified—a career of careful categorization and revolutionary discovery instantly transformed into a scene of disarray. What captivates Miller, and what “Why Fish Don’t Exist” explores, is Jordan’s attempt to restore order in the midst of chaos. In the face of destruction, he rebuilds without hesitation, sewing the names of the fish onto their tiny, scaly bodies, impervious to any tremor from that point forward.

But this book isn’t about just fish. Rather, Miller turns her attention toward Jordan’s psyche, asking the question of how he arrived at such a place of resilience, and whether it’s even an attractive destination. Simultaneously, she looks inward toward the chaos in her own life, drawing parallels from Jordan’s tumult to her deeply personal trials and inviting the reader to do the same. “Why Fish Don’t Exist” is a tangled web of history, science, memoir and murder, and its resonance lies in its complexity. In 240 pages, we get a history lesson on American eugenics, a deep-dive into taxonomy and an ultimately uplifting resolution. Miller puts seemingly distant disciplines into conversation and pulls us out of our tunnel vision in a hopeful, absolute adventure of a book that I’ll be thinking about for a long time.

This book couldn’t have been more timely, first hitting the shelves during worldwide chaos and uncertainty. It was the read I didn’t know I needed when my semester—all of our semesters—were cut in half without warning. On my flight home from my semester abroad in Stockholm, I was overcome by shock more than anything else. In a moment, I went from seeing so much of the world to flying home to quarantine in NJ, and I couldn’t reconcile my blissful expectations of springtime in Sweden with this crushing loss of adventure and sudden stagnation. The city I so quickly felt at home in was one I was leaving behind without so much as a day’s notice. But chaos has no warning. It doesn’t announce itself before it dismantles our lives, doesn’t knock at our doors and come back when we’re ready for it. And so we just have to learn how to live in the wreckage, to find silver linings in the rubble of our expectations and do our best to imagine our worlds restored.

“Why Fish Don’t Exist” won’t sermonize on starry-eyed ideals of optimism and adaptability, but instead will provide an honest exploration of what it looks like to crawl out of chaos and draw meaning from destruction. In college, we’ve all experienced something resembling the vignette of Jordan standing in the debris of his work, looking down at his feet to find precisely the opposite of what he had planned. We all hit our own version of rock bottom, or at least what feels like it. Some of us sew labels into the flesh of fish to elude the next disaster, but most of us lack such prompt clarity in the wake of tragedy. Miller doesn’t instruct us on how to process chaos but instead helps us see something new. So no matter who you are, whether your instinct is to wallow or to rebound, you’ll find yourself mapping your own story onto Jordan’s, and Miller’s too, and seeing the trajectory of your own life—in all its fluctuations between order and chaos—in an entirely new light.

The Vanderbilt Hustler welcomes and encourages readers to engage with content and express opinions through the comment sections on our website and social media platforms. The Hustler reserves the right to remove comments that contain vulgarity, hate speech, personal attacks or that appear to be spam, commercial promotion or impersonation. The comment sections are moderated by our Editor-in-Chief, Rachael Perrotta, and our Social Media Director, Chloe Postlewaite. You can reach them at [email protected] and [email protected]
All The Vanderbilt Hustler picks Reader picks Sort: Newest
Subscribe
Login
2 Comments
Newest
Oldest Most Voted
Inline Feedbacks
View all comments
M
Marilyn Piperno

What a positive and inspiring column. I appreciate the reference to college experiences and FISH book. Always searching for information or a good read to make life relatable. Best of success Ms Jenna – look forward to your reviews.
CNPIP

I truly enjoyed reading your write up. It is definitely inspiring to say the least. I hardly ever read for leisure. Your words really intrigued me. I hopefully will dive into this book soon. These times are uncertain as well as scary but you’ve shown that there are silver linings…. we just have to wake up and find them. Hope all 5 of you are well! Be safe!