The case aims to include all students enrolled during the Spring 2020 semester who paid any tuition, fees and/or housing that were denied in-person instruction and/or campus facilities. 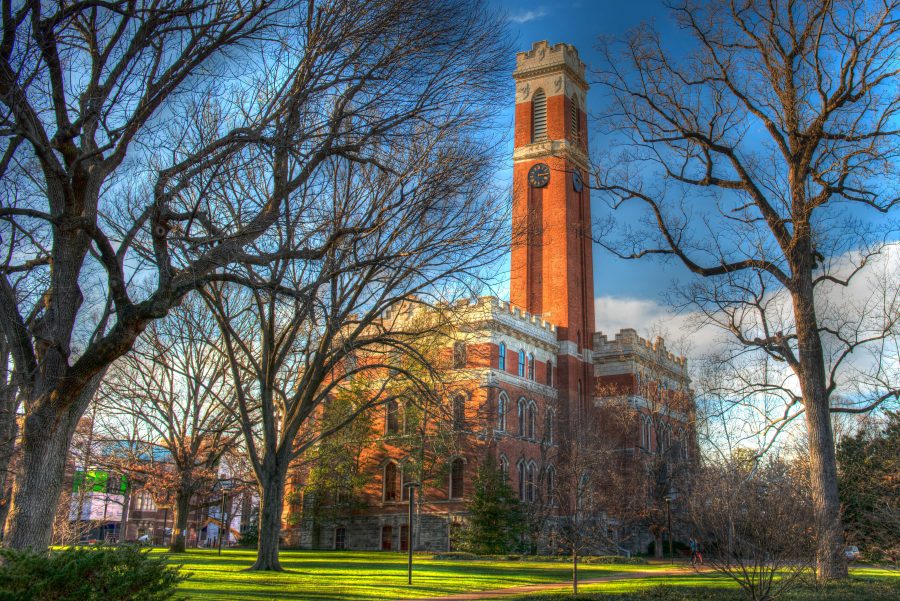 Kirkland Hall on a warm and sunny January afternoon.

A Vanderbilt freshman has filed a lawsuit against the university, bringing three counts against Vanderbilt in relation to its reimbursement policy. The complaint was filed April 27 in the U.S. District Court for the Middle District of Tennessee.

The lawsuit was filed as a class-action and seeks to include all students enrolled at Vanderbilt during the Spring 2020 semester who paid any tuition, fees and/or housing and were denied in-person instruction and/or campus facilities. Current students that are covered by the scope of this case will potentially receive compensation from the university based on the results of this case.

Three charges were brought up in the suit: breach of contract, unjust enrichment and conversion. The suit claims that breach of contract occurred when the university allegedly failed to provide students relevant to the suit with “educational services, activities, and access to [the university’s] facilities for the Spring 2020 term,” after students paid for them.

Unjust enrichment was alleged because the suit claims that the university accepted and retained benefits from students relevant to the suit, which provided no return value to these students. The suit also claims a count of conversion because the university allegedly wrongfully exercised control over and/or intentionally interfered with the rights of these students while allegedly retaining the students’ funds.

The anonymous freshman, called John Doe in the suit, seeks financial compensation for inappropriate refunds for housing, tuition and fees. He cited the loss of residential housing, rigorous academics, fraternity and club activities, lab field trips and connection with professors and classmates, which he claims he paid for and didn’t receive from the university.

According to the suit, in the fiscal year 2019, Vanderbilt made $319 million in net tuition and fees. Vanderbilt has refunded each student between up to $2057 in housing and dining refunds in addition to remaining Meal Money, depending on when the student left campus. They have also set up a $1 million financial aid fund to support students with “demonstrated need.” The university has, however, declined to refund any fees or tuition.

This lawsuit follows a March 18 VSG resolution calling on Vanderbilt to provide prorated housing and meal plan refunds. On April 5, Vanderbilt updated its Coronavirus FAQ page to list less than prorated room and board refunds, standing out as the only school in the Top 20 to do so. Around the same time, students in QuestBridge and FirstVU started a petition for full room and board adjustments regardless of student financial aid status that currently has over 1500 signatures. A petition calling for partial tuition refunds from Vanderbilt, which began a month ago, currently has 888 signatures.

On April 15, Vanderbilt announced the disbursement of federal CARES Act funding for in-need students at the beginning of a VSG Senate meeting. While students expressed gratitude for the funding, the VSG Senate passed a bill calling for Vanderbilt to provide full pre-determined refunds. Students said the current refunds were inadequate and one even called the denial of full refunds “fraudulent.”

The members of this potential class-action lawsuit will be represented by attorneys Steve Berman, Daniel Kurowski and Whitney Siehl, who are all from Hagens Berman Sobol Shapiro LLP (Hagens Berman).

Hagens Berman is a national class-action and complex litigation law firm that currently has 127 active lawsuits against organizations including Amazon, Delta Air Lines and Apple, according to their website. In the past, this firm has litigated high profile consumer class-action lawsuits involving Enron, Exxon Mobil, Toyota and the tobacco industry.

A Vanderbilt Communications representative said that the university does not comment on pending litigation.

Jessica Barker and Eva Durchholz contributed reporting for this piece.

Correction: This article has been updated April 30 4:52 p.m to reflect that the petition was started by students in FirstVU and Questbridge, not FutureVU which was previously indicated. This article also now reflects that FirstVU and Questbridge’s petition calls for full room and board readjustments for all students, not prorated room and board reimbursements which was previously indicated. This story was last updated 10:20 pm.