Running back Ke'Shawn Vaughn was taken in the third round of the NFL Draft. 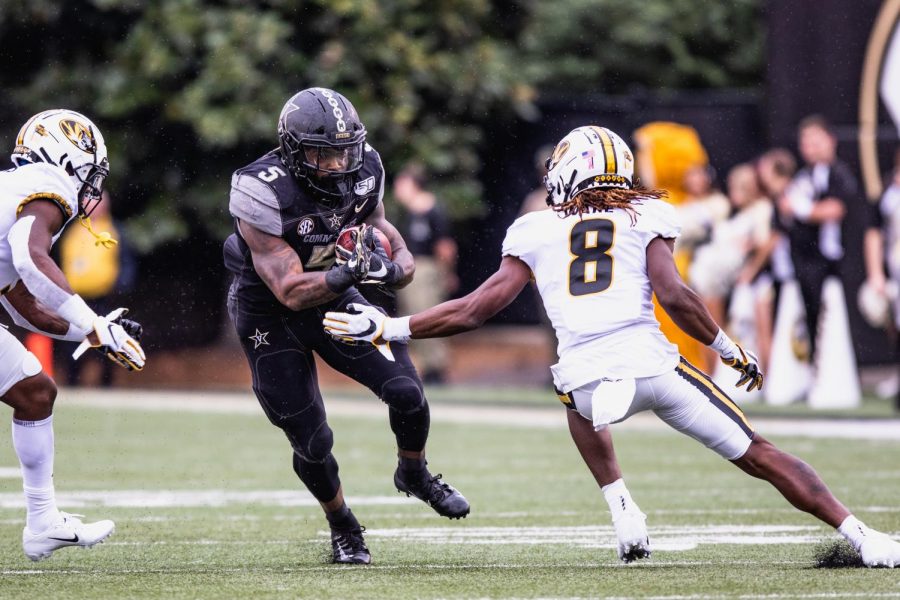 On Friday night, the Buccaneers selected Vaughn with the 76th overall pick of the 2020 NFL Draft. Vaughn, a third round draftee, was the first Vanderbilt Commodore to hear his name called in the 2020 virtual draft.

Vaughn was a two-year starter for Head Coach Derek Mason and is a native of Nashville. He grew up playing for nearby Pearl Cohn High and committed to the University of Illinois back in 2015. After two seasons with the Illini, Vaughn transferred to Vanderbilt, where he would eventually become the one of the leading rushers in school history. It took him just 23 games to rack up 2,259 rushing yards (fifth in Vanderbilt history) and rush for 21 touchdowns (third in Vanderbilt history).

Vaughn was the seventh running back taken off the board in the 2020 NFL Draft and will join Tom Brady, Mike Evans and fellow rookie Tristan Wirfs in offensive coordinator Byron Leftwich’s offense.

For an in-depth look at Vaughn and what he brings to Tampa, refer to The Hustler’s 2020 NFL Draft Profile.

Stay tuned to The Hustler and @VUHustlerSports for news on the 2020 NFL Draft.