Regular decision acceptance rate rises to 9.0 percent for Class of 2024

With a 39 percent increase in students admitted during regular decision, Vanderbilt broke a four-year trend toward a lower admit rate. 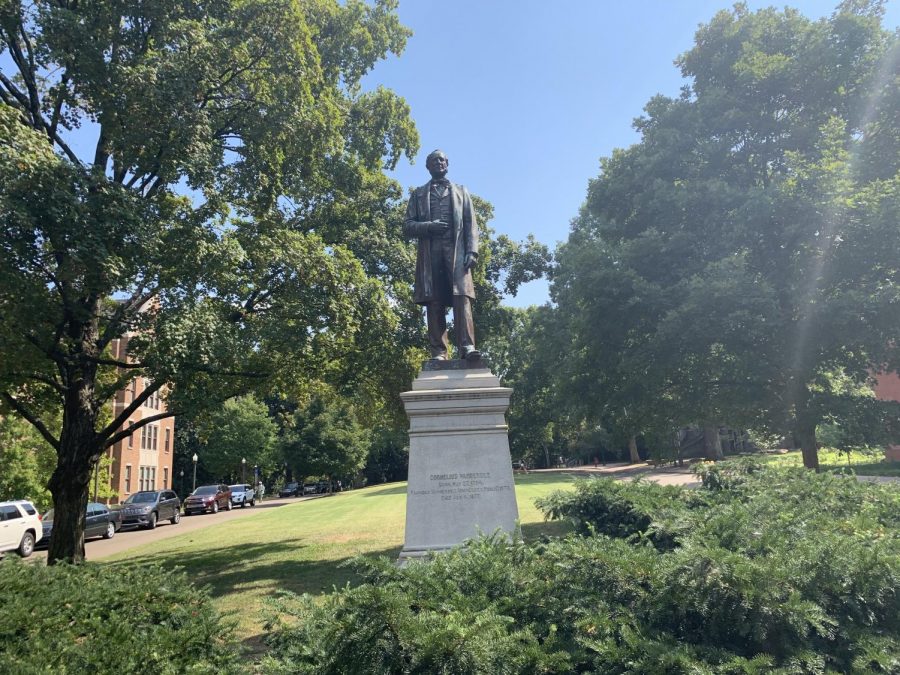 This bronze statue stands outside Kirkland Hall. On May 8, Vanderbilt announced emeriti faculty.

The uptick in Vanderbilt’s regular decision acceptance rate was driven in part by a 39 percent rise in the number of admitted students, from 2,088 to 2,907 admits. There was also a concurrent decrease of 591 applications from last year, from 32,967 to 32,376 applications

The Wall Street Journal suggested that the rise in admit rates among several universities resulted from the enrollment certainties imposed by the coronavirus pandemic. However, the Office of Undergraduate Admissions declined to comment on the effect of the pandemic on Vanderbilt admissions.

Gus Karas, an admitted student from Atlanta, GA, cited Vanderbilt’s prestige, its location in the South and its warm weather as his primary drawing points for the school. Karas now faces a dilemma shared by many high school seniors across the globe, as the coronavirus pandemic has barred students from visiting the universities to which they were admitted.

“I got to see Vandy in junior year because I was pretty close, but some of the other places I didn’t get to see and never got to see,” Karas said. “I’m doing virtual tours, but it’s obviously not the same. So, I’m kind of going to have to make a decision blind here.”

Vanderbilt has suspended all on-campus recruiting events, but according to Karas, the school has attempted to engage admitted students virtually through information sessions on Zoom.

The Office of Undergraduate Admissions declined multiple requests to provide information on the demographic and geographical composition of the regular decision admitted Class of 2024. However, the early decision class included students from 30 countries and 46 U.S. states, plus the District of Columbia, according to the Vanderbilt Admissions’ website.