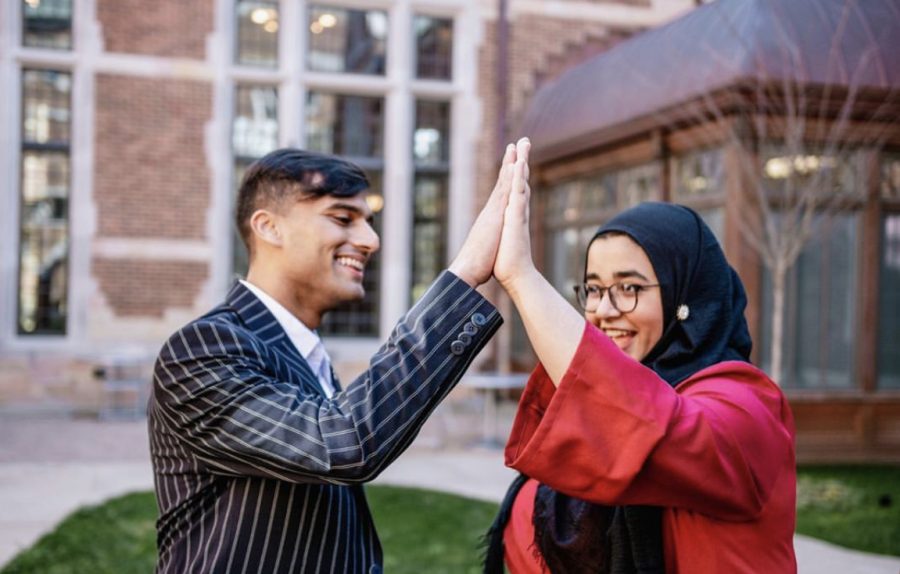 Shah and Ahmed defeatedJared Bauman and Jacob Rome in both the primary on March 19 and 20 and the general election held on March 24 and March 25.

2,371 students voted in the first completely virtual election, with Shah and Ahmed earning 85.36 percent of the total votes in the general election and Bauman and Rome earning 14.63 percent.

Shah and Ahmed ran on a four-pillar platform based on the ideals of transparency, equity, accountability and mindfulness. The ticket promised initiatives such as VSG office hours, increasing mental health funding and Headspace licensing, increasing access to menstrual products on campus and initiating online textbook catalogs. Their campaign also received an official endorsement from the Hidden ‘Dores student organization.

“This really hasn’t been a campaign, it’s been a movement,” Shah said. “I am so excited to keep the momentum going, working hard and taking care of each other.”

Shah added that he is openly available if anyone has any questions, comments or concerns. He said that this campaign was not just about his name on a ballot, but about the presence on campus and being there for the student body.

The turnover for Student Body President will take place on April 15 and Shah hopes to send a message to the student body around that time.