Spurred by administration’s removal of the Stevenson Center greenhouse, four VSG Senators sponsored a bill to learn more about how administration makes decisions. 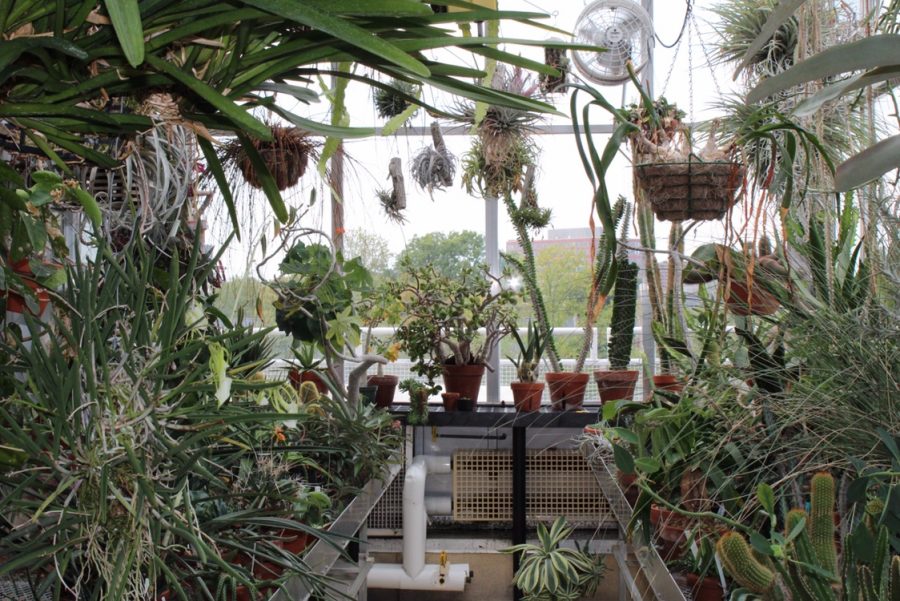 The unexpected removal of the Stevenson greenhouse has inspired VSG senators to work more closely with administration in the future. (Photo courtesy Emily Hugan)

Students are getting curious about how administration makes decisions. After Vanderbilt unexpectedly removed the Stevenson Center 2 greenhouse, four VSG senators drafted a resolution investigating its removal and the manager’s elimination. The desertion of the greenhouse was particularly contentious due to the elimination of Jonathan Ertelt’s position as 25-year greenhouse manager and petition that received 1,424 signatures to save the greenhouse.

“We wanted to write a bill to express our discontent with what had transpired ,” bill co-sponsor and Deputy Speaker of the Senate Rob Lusk said. “A senate bill is just a really formal way to write a letter. So we were going to issue our discontent through this letter. But the more that we got to talking, the more we realized we didn’t really know what had transpired. So we wanted to look into that.”

The bill passed in the senate session Jan. 29 and was co-sponsored by Lusk, EBI Senator Chris Marcus, Gillette Senator Joseph Humphries and Stambaugh Senator David Jeong. The text of the bill reads that it seeks “to determine what transpired, how this Student Government could have responded more effectively, and finally how the Student Government believes the College of Arts and Science Administration should go about conducting and communicating future consequential decisions.”

Lusk emphasized that this bill was meant to pave a way to building a better relationship between VSG and Vanderbilt administration. Dean of the College of Arts & Science John Geer, who ultimately made the decision to renovate Stevenson Center 2 and temporarily eliminate the greenhouse, said that throughout the renovation process, administration will work with architects to make sure that students are heard.

“We ask every single firm: how do you propose to engage with students?” Geer said. “There will be a series of conversations with architects to see what is or is not possible, but students will have a say.”

Geer also noted that the loss of the greenhouse is a temporary closure that was a direct result of the decision to decant Stevenson Center 2, not any change in policy. He added that if students still want a greenhouse on the roof of Stevenson Center 2, there will be opportunities to articulate that sentiment to architects.

Marcus said that the removal of the greenhouses inspired the bill, but that other recent decisions have also signaled the disconnect between students and administration, such as the recent announcement that Vanderbilt would no longer accept credit for non-Vanderbilt-approved courses completed abroad.

The committee plans to meet with various administrators involved in the decision to remove the greenhouse. Lusk and Marcus said that their report, when finished, will be sent to the student body, Geer and Provost Susan Wente. The committee expects that their report will take a month or longer to compile.

Former greenhouse manager Jonathan Ertelt, who stepped down from his 25-year position on Jan. 18, said in an email to The Hustler that he wishes the senators the best of luck.

Currently, the committee is made up of the four senators that sponsored the bill, but Lusk said that they are open to involvement of students outside of VSG as well, or anyone that has relevant information or a perspective to share. The full text of the bill is available here.

“We feel like the bill gives us the authority to act in the meantime,” Lusk said. “We like to think we’re acting on behalf of the Senate and the student body instead of just these four people that are concerned about this. That’s why we passed this bill.”