Head down to the Belcourt this week to watch the Best Picture nominations on the big screen, just in time for the Oscars. 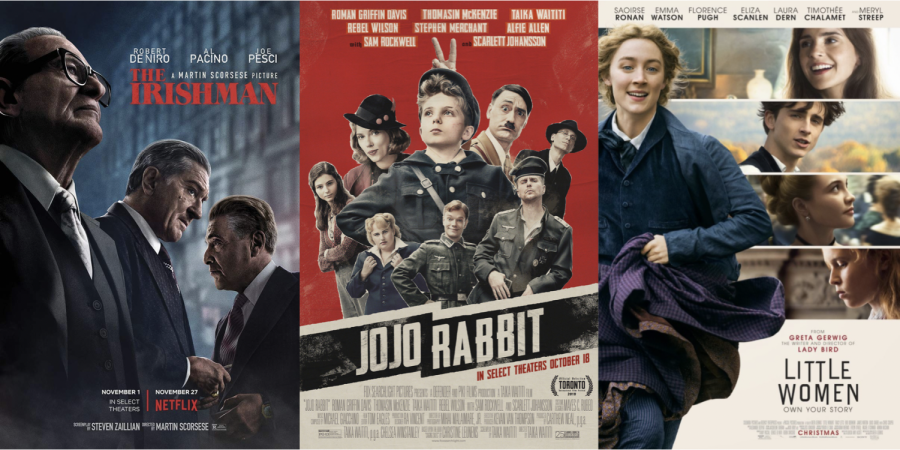 Coming up this Sunday are the Academy Awards. If you are like me, the Oscars are something you look forward to each year even if you have not seen the majority of films nominated. Without fail, there are complaints about who got nominated, what films are on the list and, more importantly, what films did not make it. All of this excitement and drama comes to a head as the Best Picture is announced, and the year in film comes to a close as the winner is crowned.

Often when the list of Best Picture nominations is released, I get really excited. I mark off the movies I have seen and hope to see as many as I can before the big day comes, but this year, like many others, I have fallen short of my goal of seeing every Best Picture nominee. With one week until the Oscars, I had all but given up on accomplishing this feat until I heard that this week, the Belcourt is showing seven of the Best Picture nominated films.

If you find yourself wanting to kill some time or need to cross a few more Best Picture nominations off your list, the Belcourt is just a short walk from campus and, starting Wednesday, offers a daily showtime of each nominated movie.

Nominated for 10 Academy Awards, Martin Scorsese’s “The Irishman” follows the story of veteran Frank Sheeran and his decades-long journey within organized crime in the 20th century. Starring Al Pacino, Joe Pesci and Robert De Niro, this nearly three and a half hour film is a large time commitment but is said to be worth the investment.

Directed by Taika Waititi, “Jojo Rabbit” follows a young German boy in Nazi Germany whose mother is hiding a young Jewish girl in their attic. Following the boy and his imaginary friend represented as a child’s view of Adolf Hitler, “Jojo Rabbit” tells the story of World War 2 era Germany through the eyes of a young child, creating a narrative that has struck a chord with critics and general audiences around the world.

Leading the Academy Awards with 11 nominations, “Joker” is one of the most divisive Best Picture Nominations. Directed by Todd Philips, “Joker” tells the untold and deeply human story of the famous Gotham villain, following Arthur Fleck, played by Joaquin Phoenix, on his journey from being a forgotten, mentally ill man to one of the most notorious villains in movie history. The film was received with mixed reviews and is considered by many to be undeserving of its nominations. If you weren’t able to make the trip to see this controversial nomination during wide release, this might be the perfect opportunity to go see “Joker” and decide for yourself.

A new take on Louisa May Alcott’s classic novel, “Little Women” tells the timeless tale on screen like it has never been captured before. Written and directed by Greta Gerwig, (director and writer of “Lady Bird”), “Little Women” has been widely praised and is said to be a novel and relevant take on the beloved story of the March sisters.

Directed by Noah Baumbach, “Marriage Story” follows a young couple, played by Adam Driver and Scarlett Johansson, as they grow apart and start the process of filing for divorce. This heart wrenching story explores what it means to be in love and shows the boundaries that are often crossed when relationships fail and families are broken. A Netflix original, this film is only in theaters on a limited release, so take advantage of this unique opportunity to see this story unfold in a cinematic environment.

“Once Upon a Time in Hollywood”

Nominated for 10 Academy Awards, Quintin Tarantino’s star studded film follows actor and stunt double Rick Dalton (Leonardo DiCaprio) and Cliff Booth (Brad Pitt) through their Hollywood pursuit of fame in 1969. Full of familiar faces, classic movie references and incredible performances, “Once Upon a Time in Hollywood” is a larger-than-life story that deserves to be seen on the big screen.

Directed by Bong Joon Ho, “Parasite” transports viewers to the homes of two South Korean families from vastly different classes suddenly intertwined in each others’ lives. A complex story of family, deception and class struggle, this Korean dark comedy has become an instant classic, drawing in audiences from around the world. “Parasite” is not a movie you want to miss.