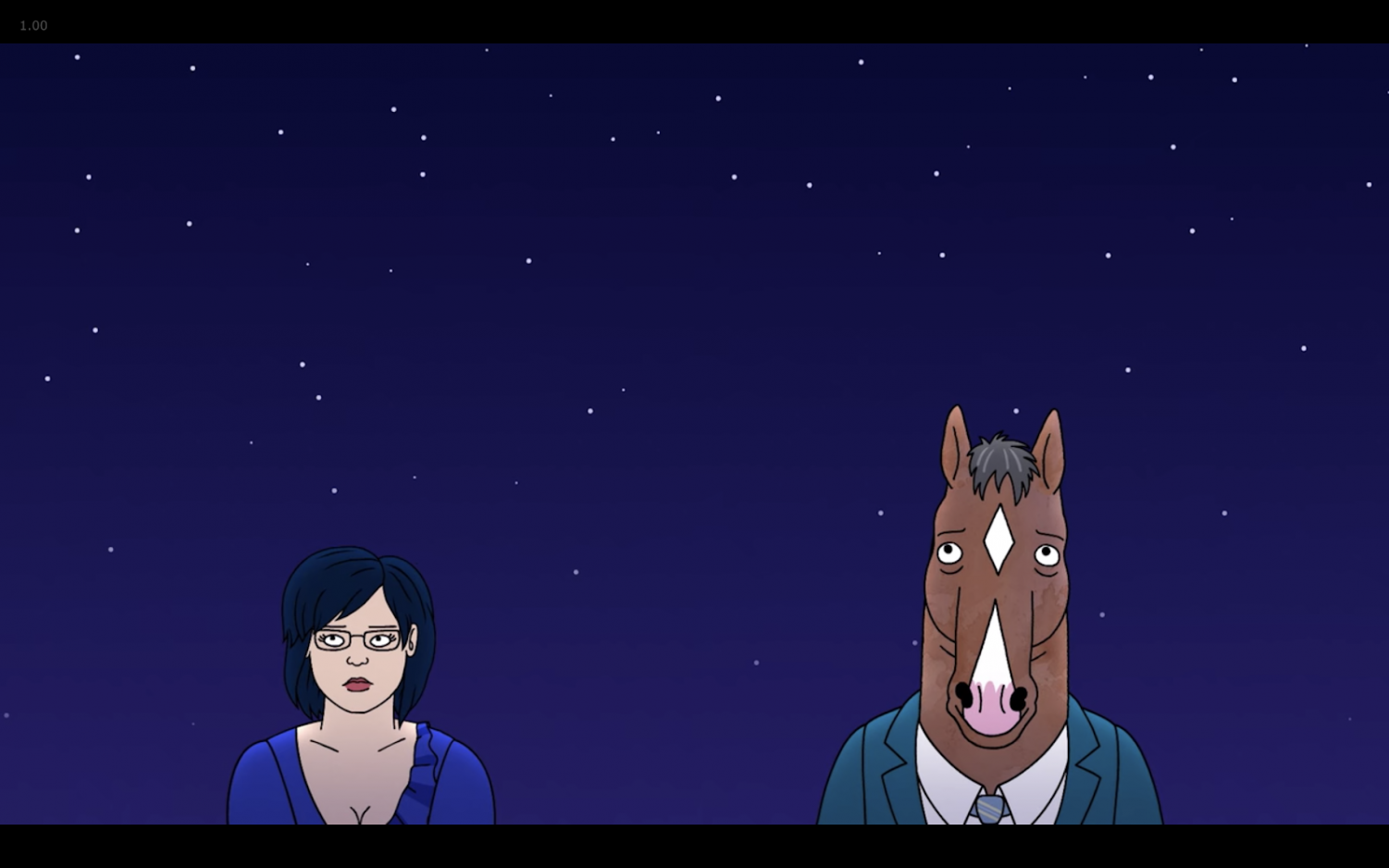 In the turbulent conclusion to the Netflix original, “Bojack” pulls itself together, then shatters for the last time. And maybe that’s okay.

It was nice while it lasted, wasn’t it?

When I first watched season one of “Bojack Horseman” back in my freshman year of high school at the recommendation of a friend, I enjoyed it. It was funny and intellectual, the voice acting was great and it delivered a piercing message about personal relationships, selfishness and the desperate methods people use to pursue happiness. With that being said, I wouldn’t have been terribly upset had the show not been renewed for another season.

Spoiler warning for the series finale of “Bojack Horseman.”

Here we are, six seasons later, and I’m just now realizing for the first time that I grew up with this show. No, I didn’t grow up with the characters, as they’re all adults, except for (maybe?) Vincent Adultman. I didn’t grow up with their struggles, either – going on month-long benders wasn’t a particularly accessible or sustainable hobby for a high school student in my circumstances.

But I grew up with “Bojack” as he drunkenly stumbled his way through season after season of mistakes and self-loathing, for which no one was to blame but himself, toward what viewers thought (and perhaps hoped) would inevitably be a happy ending.

The final two episodes of season five hinted that maybe that ending was on the way, after a drugged-out Bojack accepts that he needs help and checks himself into rehab. And while quite rocky, his road to recovery in rehab at the beginning of season six suggested that just maybe, that happy ending was achievable, as Bojack began to learn and grow.

Part two of season six, released Jan. 31, blows up all that progress right in viewers’ faces. The last few episodes of the series simultaneously close out various arcs while reopening ancient ones, as Bojack is forced to confront every bad thing he’s ever done in his life.

But in typical “Bojack” fashion, rehashing old trauma just isn’t enough. In episode 14, aptly titled “Angela,” Bojack must return to the closest thing the show has to an antagonist, cold and cruel ABC Network executive Angela Diaz. She casually lets it slip that if Bojack had pushed back against the network’s decision to fire his best friend Herb Kazzaz, she probably would’ve been forced to keep him on staff.

Up to this point, Bojack has believed his entire spiral downward to where he is now was caused by that initial decision to abandon his friend Herb, way back in a flashback in season one, and the air of nonchalance with which Angela delivers this revelation breaks both him and us as viewers. We know just as well as he does how difficult it’s been for him to forge a path toward recovery and emotional stability, and Angela destroys his fragile progress like it’s nothing, sending him on a spiral further down than any other that culminates in the best episode of the season, the penultimate “The View from Halfway Down.”

With Bojack’s betrayal of Herb still fresh in our minds, this episode brings back not only Herb but also every other important dead character from the show’s six-season run, in a glitchy metaphysical dreamscape reminiscent of season four’s memorable “Time’s Arrow” and season five’s absurdist “The Showstopper.” Bojack sits down to a dinner party and evening talent show with Herb, Sarah Lynn, Bojack’s mother Beatrice and uncle Crackerjack, Zach Braff and Corduroy Jackson-Jackson, and the dead play a morbid game in which they go over the best and worst parts of their earthly lives. It seems a cruel joke, in which Bojack is forced to relive his old mistakes in a way that’s even more physical, torturous and heart-wrenching than the real-life exposé on his past offenses.

However, none of the characters leave as deep an impression as the late arrival Secretariat, interestingly now voiced by Will Arnett, who also voices Bojack’s father Butterscotch and Bojack himself. By merging the trauma from both Bojack’s father and his mentor/idol Secretariat, Secretariat’s stage performance of his poem “The View from Halfway Down” hits twice as hard. It’s a poem about his suicide and his regret at having committed it, which comes just a few scenes after he remarked that suicide was in fact the best moment of his life, as he was able to die on his own terms.

Secretariat’s poem gives us a sense of twisted closure in the Secretariat story and encapsulates the raw and powerful question that lies at the center of season six, and perhaps all of “Bojack Horseman” – is it selfish to be happy? Some of Bojack’s phantoms tell him yes, and they almost convince him as he teeters on the edge of taking his own life.

In the remarkable final episode of the series, Bojack goes through a somewhat methodical yet necessary series of final conversations with the other main characters. In the car with Mr. Peanutbutter, he’s forced to accept that change and stasis are not antithetical, and not all old habits are necessarily bad. On the beach with Todd, he remembers that there’s never a bad time for a bit of whimsy, and that change is an ongoing process. At the wedding reception with Princess Carolyn, he both learns and teaches that he, and she, deserve to be happy.

While their stories may not have gotten the attention they deserved in earlier seasons or earlier episodes in this season – I would’ve loved to see more in the same vein as “The New Client” – these conversations create a profound closure that assures us these characters have found their storybook endings.

Diane’s scene goes a bit differently. As they sit together on the roof, an emotional season one callback, Bojack learns that “there are people that help you become the person you end up being, and you can be grateful for them even if they were never meant to be in your life forever.” Both Will Arnett and Alison Brie deliver unparalleled voice acting performances in this ten-minute finale scene, and the use of Catherine Feeny’s “Mr. Blue” to conclude was emotionally spot on with the tears each character seems to be holding back.

Those strong feelings concealed in each character’s voice tell us that, though the pieces may not quite fit, Diane has succeeded in putting herself back together via “kintsugi,” the Japanese art of restoring broken pottery with gold lacquer, of which Mr. Peanutbutter is fond. Kintsugi is a symbolic gesture that emphasizes how the damage is part of the object’s history, and Diane’s damage will forever be part of her history, same as Bojack’s. He must learn from her, move on from her and put himself back together too, without her.

The final conversation with Diane gives us not only bittersweet closure, but also an emotional knife to the gut through the veiled confirmation that the other series mains have once and for all separated their stories from Bojack’s poisonous one. He is not the main character of their lives; they are. But he is the main character of his own life, and when he gets out of prison for real, he’ll have to figure out what that means.

I’d like to think that, unlike Secretariat, Bojack will keep running.

And thank you Princess Carolyn, and Todd Chavez, and even Mr. Peanutbutter.

Thank you for everything.