“Into the Woods” Preview: VOB’s most ambitious show to date

Vanderbilt Off-Broadway’s depth will be on full display in Ingram Hall on Jan. 16-18 when premiering “Into the Woods,” a fairytale spinoff featuring technically intense performances and dark undertones. 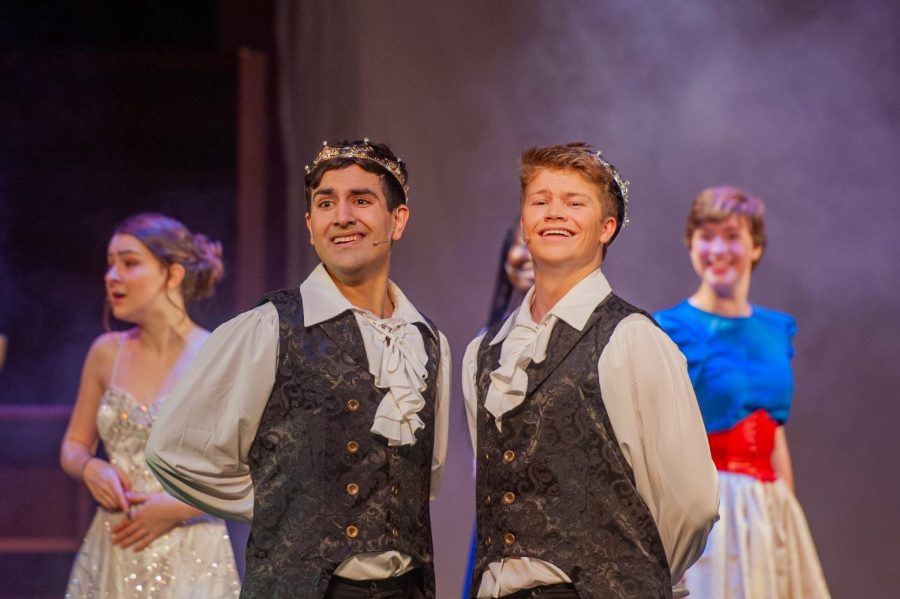 Syncopated speech: dialogue delivered in a deliberate, predetermined rhythm. As the actors speak, the orchestra continues to play – they’re not encroaching on the scene but instead keeping a simple, unobtrusive beat. The words fall into place gracefully, spoken word becoming quarter notes, eighth notes and triplets. For this reason and a multitude of others, “Into the Woods” – a musical combining mature themes with fables, a-la-Brothers Grimm – is widely renowned as an exceedingly difficult production. And this upcoming Thursday, Friday and Saturday, Vanderbilt Off Broadway’s iteration of “Into the Woods” will premiere in Ingram Hall, directed by senior Vanderbilt student Catherine Armbrust.

The production has been over 10 months in the making – and for good reason. The vocal team stayed over the summer to record their parts. Since learning their roles in August, the actors have spent countless hours perfecting their production. The songs are among the most difficult pieces in popular musicals. In total, over 70 people are involved in the show’s execution.

Supervising this entire ensemble is Armbrust who brings a unique background to her directing role. Despite not having a history in acting, she has been a run crew member and stage manager and hopes to carry a new perspective into her leadership.

“Being in those roles helped me understand how the logistics and how the backstage mechanics works,” Armbrust said.

Vanderbilt Off Broadway (VOB) is Vanderbilt’s largest theatrical organization, with levels of involvement ranging from amateur actors to theater majors. For first-year Brianna Stewart, this makes for an eclectic, welcoming atmosphere.

“In high school, the higher grades sort of dominate the roles. But that’s very much not the case in VOB,” Stewart said.

Yet, despite the club’s inclusivity, senior actor Alex Goeringer believes VOB’s genuine dedication makes it more than well equipped to deal with the high standards of “Into the Woods.”

“I thought, coming in, that this was a college show, and the actors would be kind of aloof, that they’re not going to care that much. But this will be on the caliber of some of the better shows I’ve done,” Goeringer said.

Armbrust is no stranger to the musical’s difficulty, asserting that it is probably the most ambitious production in VOB’s 22-year history. For the team, this means managing both a limited budget and students who receive only artistic gratification as compensation. The production’s various practice spaces have included the basements of Branscomb and Towers, among other buildings on campus.

Actors rehearsed on the main stage for the first time this past week. But, as with syncopated dialogue and all other complications posed by the production, every single VOB member seemed to welcome the added challenge. You can see “Into the Woods” at Ingram Hall at 7 p.m. from Jan. 16-18. Tickets are free for Vanderbilt students.