Almost all greenhouse plants gone, but Vanderbilt yet to make decision on Stevenson Center 2 architect or construction company

The University of the South, the Nashville Zoo and the New York Botanical Garden now house several of Vanderbilt’s plant specimens. 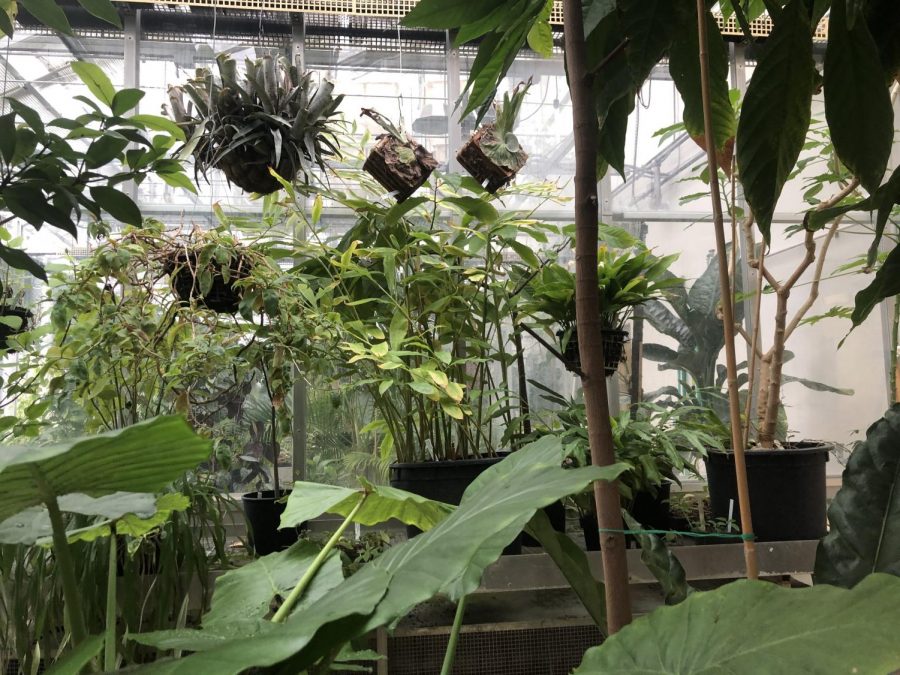 The Greenhouse Instagram, @vugreenhouses, will change names next week but retain all original captions and images.

Following the abrupt announcement that his position was being eliminated along with the greenhouse he managed, outgoing greenhouse manager Jonathan Ertelt was tasked by Vanderbilt administrators to find new space for the greenhouse’s seven rooms’ worth of plants by Jan. 18.

”There was no university assistance when it came to specimen relocation, though we have been able to make use of the loading dock in MRB III,” Ertelt stated in an email to The Hustler. “It was very helpful to me that I was given essentially free reign regarding said dispersal.”

Specimens were sent to spaces including the Atlanta Botanical Garden, Austin Peay State University, Sewanee University and the Nashville Zoo. Ertelt also said that he tried to keep some specimens in the immediate Nashville area for interested students to observe including the titan arum, or corpse flower.

“Upwards of 85 percent of the collection has been dispersed to other institutions, both botanical and academic,” Ertelt stated in the email. “All of these plants have been donated out to these other institutions as gifts rather than as loans.

Ertelt paused from arranging transportation for the last remaining specimens Jan. 8 to take part in a farewell party largely arranged by the Department of Biological Sciences. At the event, his colleagues toasted his 25 years in the greenhouse and graduate student Luisa Jabbur created a  card for faculty and students to sign. After his time at Vanderbilt, he plans on resting and writing but has not ruled out the possibility of lecturing and teaching in the future.

Even though the greenhouse is mostly empty and Ertelt loses his job in six days, Dean of the College of Arts & Science John Geer said that it will still be a while before renovation begins at Stevenson Center 2.

“I would anticipate the selection of an architect and construction team by end of February,” Geer said in an email. “We are in the midst of evaluating a series of proposals from top ranked firms to undertake the renovations across the A&S campus.”

Organizers of a petition to save the greenhouse, authored by greenhouse volunteer Emily Hugan, gathered 1,424 signatures and 524 positive anecdotal responses as of Jan. 12. The greenhouse volunteers, including Hugan, emailed Provost Susan Wente and Vice Chancellor Eric Kopstain and were met with no response.

Geer encouraged students to share their input for the new design of Stevenson Center 2. Students can expect town halls and other opportunities to share their feedback with architects, Geer said.

Editor’s Note: This article has been updated to state the correct name for The University of the South.