In a shifting landscape in college football where offseason transfers are more important and accessible than ever, here are some names Vanderbilt should be looking at this offseason. 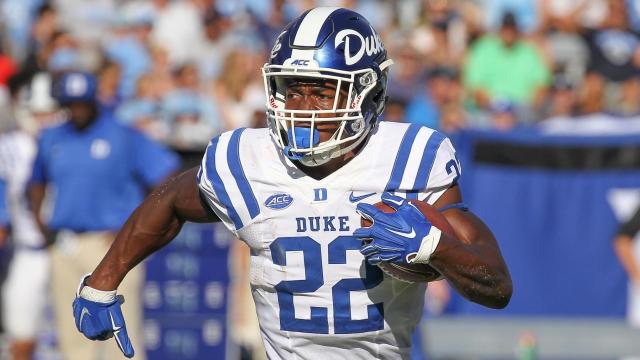 NCAA football student-athletes have always been able to transfer from one school to another.

However, their requests have traditionally been met with restrictions: under NCAA regulations, players must sit out at least one year at their new school, and the university can restrict the schools that can contact their player. The 2018 college football season saw the introduction of the now widely popular and frequently used “transfer portal” in the NCAA – an updated method of handling transfers that requires schools to release players’ names into a national “portal” where players can be contacted by any school in the country.

With the recent news that one of Vanderbilt’s top offensive tackles, Devin Cochran, has opted to enter the transfer portal, it appears time for Coach Mason and his recently revamped staff to go seek some transfers of their own. Looking at this year’s 247Sports’ Transfer Portal tracker, here are some potential impact transfers Vanderbilt could add to its roster in 2020:

Newman just recently announced his intention to transfer from the Demon Deacons, and though the Commodores weren’t all that successful in finding a quality quarterback in the portal last offseason, Newman provides reason for encouragement. He’s a 6’4”, 230 lb. dual-threat quarterback who threw for over 2,800 yards and 26 touchdowns in 2019. He’s a proven, capable starter at the Power Five level who just recently led Wake Forest to the Pinstripe Bowl. In high school, Newman was a top-600 recruit (per 247Sports) and held a Vanderbilt offer.

As of now, it appears that Newman’s services will be hard to come by. Yahoo Sports reported on December 31 that there is mutual interest between Newman and the Oregon Ducks. Nonetheless, he would be an instant upgrade to the Commodore quarterback room, as he is familiar with playing at a smaller, academically-driven Power 5 school and would be able to mentor Vanderbilt’s inexperienced quarterback group as the starter in 2020.

If new offensive coordinator Todd Fitch wants to have early success, he’s going to need to figure out how to replace one of the best running backs in Vanderbilt history: Ke’Shawn Vaughn, who graduated in December. Brown entered the portal on Jan. 7, and Vanderbilt has already reached out. Brown is a former top-500 recruit out of high school, where he held offers from defending National Champion Clemson, Duke, Ole Miss, Stanford, Vanderbilt and others. In 2019, he was a Doak Walker Award candidate in the preseason and earned ACC All-Academic honors the year before. He led the team with over 700 yards rushing as a first-year.

However, Brown has battled injuries throughout his career, and this past season he was only able to play in three games. Due to his inactivity, he preserved his redshirt year. He is expected to graduate from Duke this spring and will be an immediately eligible redshirt-junior. Like Newman, Brown will have a first-hand understanding of the academic environment at a school like Vanderbilt, which makes him a viable option for Mason and his staff. He would likely compete for a starting role immediately, should he choose to take his talents to West End.

Two Stanford defensive tackles have put their names in the transfer portal, and both can be of immediate help to a Commodore defense that struggled to stop the run in 2019. Williams is a former four-star recruit who held over 40 offers in high school. He has two years left to play and started 13 games for the Cardinal this past year.

Swann will also be immediately eligible with two years to play. Coming out of high school, he chose Stanford over finalists Northwestern and Vanderbilt. He had 8.5 sacks and 14.5 tackles for loss over the past two years for the Cardinal. Both of these players would help the Vanderbilt defense beef up their interior line in the SEC, especially with the loss of Josiah Sa’o, who left the Commodores to enter the portal as a graduate transfer.