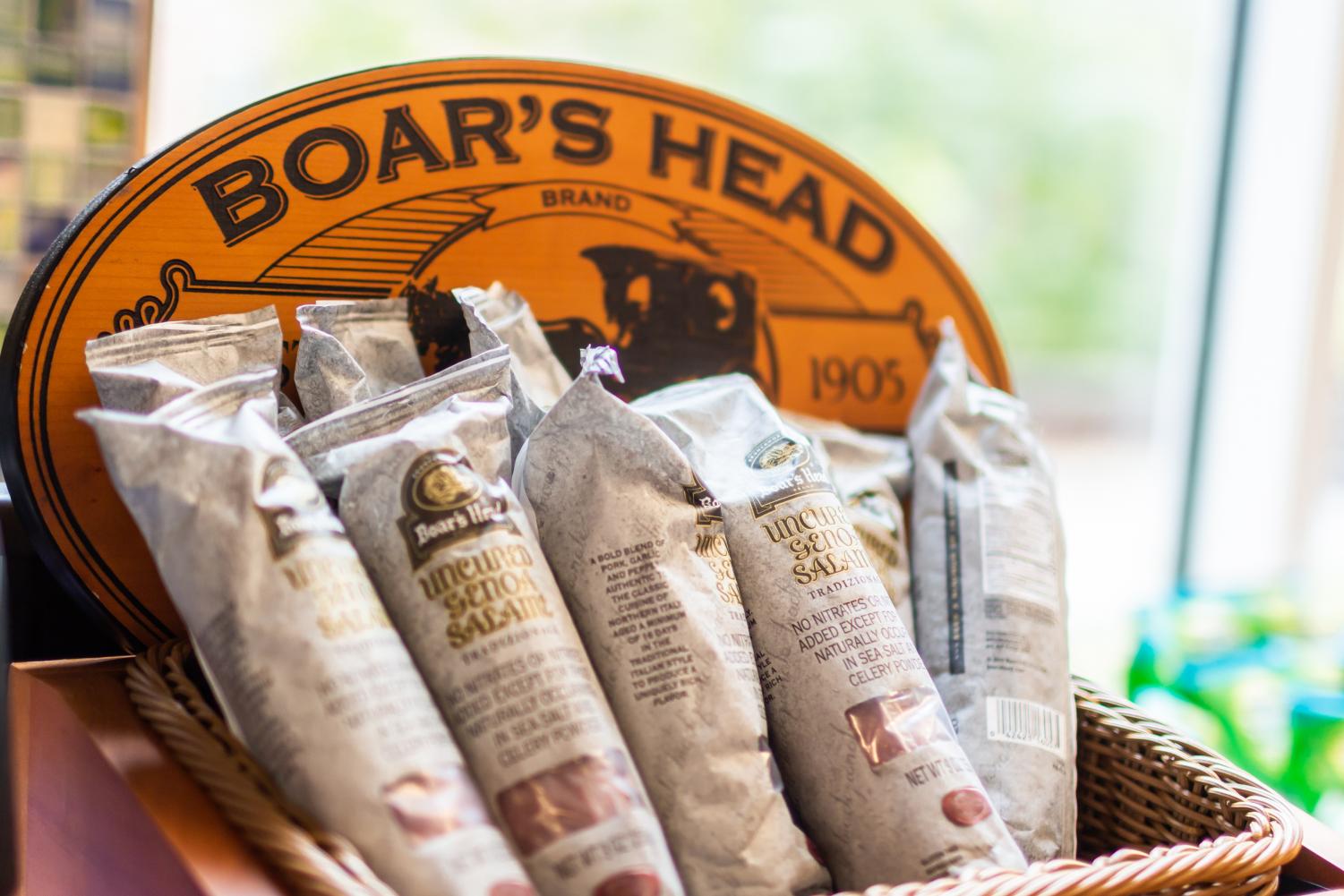 Reducetarianism is a flexible way to decrease the negative impact livestock has on the environment. (Emery Little )

Reducetarianism is a flexible way to decrease the negative impact livestock has on the environment.

Environmentality: Eliminating meat one meal at a time through Reducitarianism

We should encourage a more plant-based Vanderbilt community.

Imagine you are at Rand considering what you want to eat. For once the 2301 line doesn’t look that long, so you decide to go for a sauté bowl. In this moment, you have a choice: to get meat, or to stick with vegetarian (and vegan!) option. Opting to get only the beans and chickpeas instead of the chicken or steak every once in a while may be a good idea.

Eating vegetarian or vegan sounds like a hard commitment to make because many people think meat just tastes really good and it has become a huge part of our diets. That is where the idea of reducetarianism comes in; we do not have to make an all or nothing decision with meat consumption. Reducetarianism is about eating less meat than you typically would.

Vanderbilt students have a variety of plant-based dining options on the meal plan, so it’s not too difficult to reduce meat consumption. Try eliminating meat from just one meal a week at first. Consider skipping the beef or chicken at 2301, or try to go to Grins when it is not too busy.

There are several reasons why students should consider transitioning to a more plant-based diet through reducitarianism. According to an evidence-based review reported by the American Dietetic Association, well-planned plant-based diets tend to be lower in saturated fat and cholesterol. Plant-based diets are also associated with a lower risk of heart disease and lower overall cancer rates. This is particularly true for processed red meat, salted or cured pork or beef.

Another thing to consider is the environment. Today 14.5 percent of our anthropogenic carbon emissions are produced by the livestock sector. A pound of beef creates 17 times more water pollution and 20 times more habitat alteration than making an amount of pasta that is caloric equivalent. Livestock also requires an incredible amount of grain for feed, a large area of clear-cut forest to provide farmland to graze and produces a ton of animal waste.

It’s also worth thinking about animal welfare. The reality for farm animals, is often horrific (graphic warning). To give an example, chicken are often crowded together to live on less than the space of a piece of paper, for short, miserable lives. They are sometimes incapable of walking due to skeletal deformities caused by the unnatural rapid growth of their muscles that is artificially encouraged through growth hormones and engineered feed, so that they take less time growing before being slaughtered while fully conscious. Other concerns include the abuse of antibiotics on these overcrowded farms to prevent livestock from getting diseases. This leads to the rise of antibiotic-resistant infections that will impact animals, and humans.

To promote many of the positive impacts of reducing meat consumption, you don’t have to commit yourself fully to being a vegetarian or a vegan. Reducetarianism is the alternative to these “all-or-nothing” diets, a reasonable compromise, and is perfect for Vanderbilt students who are looking to be healthier, environmental and more ethical towards animals. There is even a Vanderbilt dietitian who can act as a resource to understand how meat reduction could impact your diet.

To be a reducetarian you simply have to reduce your meat consumption from what it is now, and then keep progressing. Whether it begins as Meatless Mondays or simply eating plant-based for one meal a day, you are making a positive change for yourself and the world. We should support a growing plant-based community at Vanderbilt, and support dining in making more sustainable decisions. I would encourage you to make incremental steps towards reducing your meat consumption. Every little bit matters and the more people the merrier, so encourage friends to join you!

The Vanderbilt Hustler welcomes and encourages readers to engage with content and express opinions through the comment sections on our website and social media platforms. The Hustler reserves the right to remove comments that contain vulgarity, hate speech, personal attacks or that appear to be spam, commercial promotion or impersonation. The comment sections are moderated by our Editor-in-Chief, Rachael Perrotta, and our Social Media Director, Chloe Postlewaite. You can reach them at [email protected] and [email protected]
All The Vanderbilt Hustler picks Reader picks Sort: Newest
Subscribe
Login
1 Comment
Newest
Oldest Most Voted
Inline Feedbacks
View all comments
D
David Brown

In light of the fact that most livestock is fed up on grains during all or part of the production cycle, reducing meat intake is a wise choice, health wise. It is, however, a mistake to be concerned about saturated fat and cholesterol intake. In fact, the Academy of Nutrition and Dietetics said this in a 2015 letter to the secretaries of health and agriculture. “In the spirit of the 2015 DGAC’s commendable revision of previous DGAC recommendations to limit dietary cholesterol, the Academy suggests that HHS and USDA support a similar revision deemphasizing saturated fat as a nutrient of concern. While the body of research linking saturated fat intake to the modulation of LDL and other circulating lipoprotein concentrations is significant, this evidence is essentially irrelevant to the question of the relationship between diet and risk for cardiovascular disease. The 2010 Institute of Medicine (IOM) report on the use of biomarkers as surrogates for disease outcomes examined LDL and HDL as case studies and concluded ‘unequivocally’ (emphasis mine) that they were not suitable for use as surrogates for the impact of diet on heart disease.” https://health.gov/dietaryguidelines/dga2015/comments/uploads/CID27125_Academy_Comments_re_DGAC_Scientific_Report.pdf

What is it about grain-fed livestock that makes the meat unhealthy? That would be the arachidonic acid content. Excerpt: “We now know that major changes have taken place in the food supply over the last 100 years, when food technology and modern agriculture led to enormous production of vegetable oils high in ω-6 fatty acids, and changed animal feeds from grass to grains, thus increasing the amount of ω-6 fatty acids at the level of LA (from oils) and arachidonic acid (AA) (from meat, eggs, dairy). This led to very high amounts of ω-6 fatty acids in the food supply for the first time in the history of human beings. Traditionally, animals grazed. Grass contains ALA (ω-3), whereas grains, corn and soya (which are now fed to animals) are high in LA (ω-6). This imbalance in the amount of ω-6 and ω-3 fatty acids is a new phenomenon that was never a part of human evolution. https://openheart.bmj.com/content/3/2/e000385