Despite many renovations to Stevenson Center Two not beginning until 2020, the greenhouse will be closed starting in mid-Jan. and the creation of a new greenhouse is left unclear 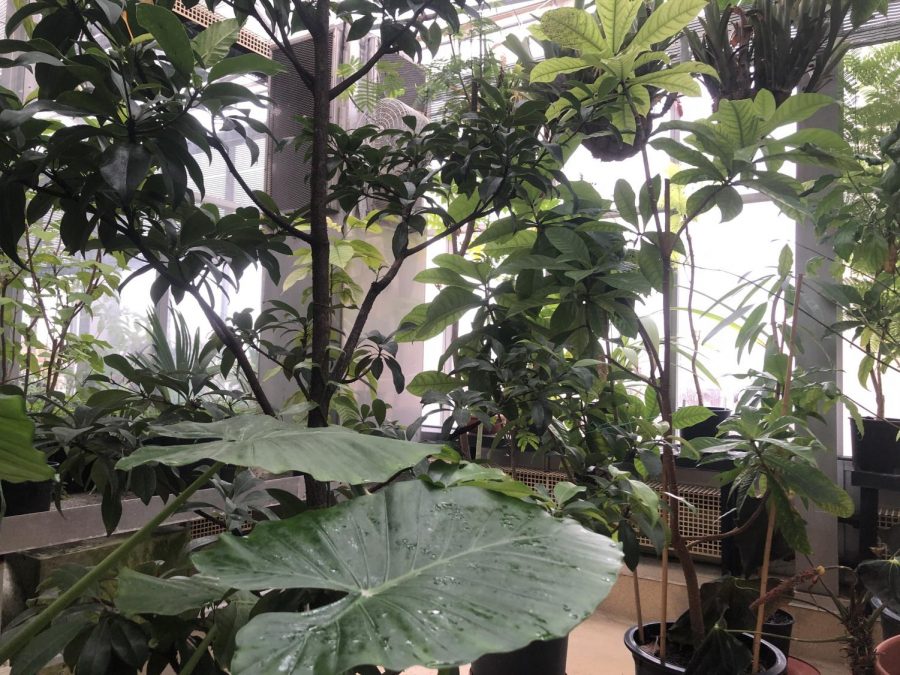 The greenhouse's seven rooms, five of which students can visit, are home to approximately 1,500 unique plant species

The greenhouse on the roof of Stevenson Center Two may not be a fixture on Vanderbilt’s campus much longer. According to Greenhouse Manager Jonathan Ertelt, the greenhouse will only be open for one or two more weeks in the Spring semester for students to visit during its usual hours Monday through Friday from 9 a.m. until 5 p.m.

Ertelt notified the Greenhouse Plant Interest Group list-serv Nov. 21 that he received his 60-day notice on Nov. 19 and would be out of his position by mid-January. Ertelt started working at the greenhouses as  during his Masters at Peabody in 1995 to continue his work.

After his departure, the fate of the greenhouses is undecided. Dean of the College of Arts & Science John Geer said in an interview that if students would like for the greenhouses to stay, space could possibly be allocated within the renovated Stevenson Center Two building. Geer also stated that the timeline for these renovations is hard to predict due to the logistics behind displacing classrooms, but said in an email to The Hustler that many renovations would not start until 2020.

“It was somewhat sudden. I was in somewhat of a state of shock,” Ertelt remarked before elaborating on the logistics of the move. “I’ve started to reach out to some of my contacts in exploratory capacity to see where some of the plants might go.”

When asked about why the greenhouse is being closed early next semester when the timeline for many renovations will not begin until 2020, Geer said in an email that while planning does remain, “we do know that we are decanting the building and that process had in fact already begun. One part of that involves the green house.”

Geer explained that upgrades must be made to Stevenson Center Two to more efficiently utilize the space. Administration will be taking input from students, faculty and staff so that architects can incorporate feedback into overall designs, according to Geer.

Students, led by the eight greenhouse volunteers, created a petition to save the greenhouse that has over 500 signatures as of Dec. 4. The petition, authored by greenhouse volunteer Emily Hugan, reads: “Vanderbilt University needs to preserve this place as part of its commitment to cultivating its students, not only as a teaching tool for formal learning, but also as a space for education beyond the classroom. We would appreciate it if the administration would be transparent to us regarding this issue, as well as simply to slow down, listen to the voices of the students and faculty, and seriously consider the momentous and irreversible nature of their decision. By signing this petition, we hope to be able to persuade Vanderbilt to preserve this priceless space.”

Hugan and the other greenhouse volunteers plan are also coordinating efforts with student organizations like Students Promoting Environmental Awareness and Responsibility (SPEAR) and the Community Garden to spread campaign material through social media. Volunteers are taking steps to arrange meetings with administration to present the results of the petition as well as student testimonials in the hopes of communicating the importance of the space, Hugan said.

“There’ll certainly be town halls given the past practice, certainly there would be some emails. But there’s going to be some nitty gritty conversations looking at plans saying what’s wrong and what’s right about them,” Geer said regarding how students can give feedback. “They’ll be able to share their efforts with the architects.”

Sophomore greenhouse volunteer Ellie Miller is also a part of the movement to save the space.

“I’m really sad because he’s [Ertelt] been a big mentor for me this year, and if this actually follows through it’s going to be really hard not having him here,” Miller said. “This is a one-of-a-kind space on this campus, and we don’t have anything else like it.”

“There’s been no decision about reducing the greenhouse’s footprint. It’s just that we’re decanting the whole building,” Geer said. “It could be that after all this discussion we have a new, modernized greenhouse of the same footprint. Right now, that’s an open question.”

The greenhouse, a feature on campus since the 1930s according to Ertelt, is not the only space impacted by the decision to relocate students, staff and resources. The decision to decant affects every space within Stevenson Center Two including labs, an insectary and a zebrafish facility.

“I want it [Stevenson Center] to be inspirational. I want it to be a hub, if you will, that says come here to study science. I want to create a front that merges SC one and SC two and creates this collaborative kind of space that really welcomes our students and welcomes our faculty,” Geer said. “That’s my vision.”

Bids for the architects to secure the contract for the remodeling of Stevenson Center Two must be submitted by Dec. 5. Greenhouse volunteers have reached out to members of VSG in the hopes of being able to talk to administrators. VSG often coordinates communication with administration, VSG Vice President Veer Shah said.

Ertelt stressed the importance of kind words and courtesy in any action that students want to take. He summarized his thoughts in the aforementioned Greenhouse Plant Interest Group email sent before Thanksgiving break:

“I hope that particularly during this coming week while you are thinking about all the things in your lives for which you are thankful, that the plant kingdom and perhaps even these greenhouses in which you have had the opportunity to see and learn so much will come to mind.”