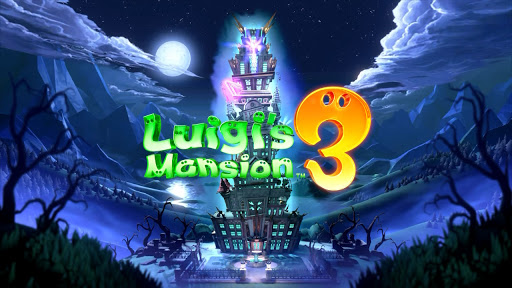 The Last Resort, the setting of “Luigi’s Mansion 3,” looks a bit more ominous once the illusion is broken at nighttime.

The Last Resort, the setting of “Luigi’s Mansion 3,” looks a bit more ominous once the illusion is broken at nighttime.

With gorgeous visuals, an A+ soundtrack and engaging gameplay that ties it all together, Nintendo surpasses all expectations with the latest installment in the Luigi’s Mansion series.

Everyone knows the story: the evil lord Bowser kidnaps Princess Peach, and it’s up to Mario and the gang to rescue her – over and over again. Occasionally, some new, bigger and badder villain finds their way to the Mushroom Kingdom (press F to pour one out for AlphaDream, the recently-bankrupt game developer behind the well-received Mario & Luigi RPG series), but for the most part, the storyline from 1996’s “Super Mario 64”  has remained consistent right up to “Super Mario Odyssey” in 2017.

The Luigi’s Mansion series brings something completely new to the table, and the most recent installment, “Luigi’s Mansion 3,” is a breath of fresh air in more ways than one. With stunning graphics, a memorable soundtrack and a heartwarming storyline, the man in green’s latest adventure released Oct. 31 and does what every video game should aspire to do. Metacritic gave the title a score of 85 percent.

For those unfamiliar with the series, these games take Mario out of the spotlight and give Luigi a turn as the star of the show. In the first two installments, Luigi finds himself in a haunted mansion searching for his missing brother Mario. With the help of Professor Elvin Gadd (E. Gadd for short), Luigi must battle ghosts and ghouls to rescue Mario from the villainous King Boo, who has imprisoned Mario in a haunted portrait. To get through the mansion and defeat its spectral inhabitants, he’ll use the Poltergust 3000, a specially-outfitted vacuum cleaner that can suck up ghosts.

“Luigi’s Mansion 3” draws on this concept, then draws another layer on top of it, and another, and another– 18 hours total of gameplay by the conclusion of the game.

Mario, Luigi, Princess Peach and three of her Toad attendants have all been invited to a weekend getaway at a luxurious hotel. Things seem normal enough during check-in, and Luigi promptly falls asleep until he is awoken by the sound of Princess Peach’s terrified screams. He ventures down the hall to find himself face-to-face with the hotel owner, Hellen Gravely (the game is quite liberal with horror puns– we’re not complaining).

Gravely lifts an illusion spell and explains that she has imprisoned Luigi’s friends in portraits to impress her idol– King Boo himself. Luigi escapes down a laundry chute, reunites with Professor E. Gadd and must venture through the hotel’s expansive floors to rescue his friends and defeat Gravely and King Boo once and for all.

Though this plot opens up the possibility for repetitive gameplay, each floor features a unique theme and ambiance that keep players guessing and offers up a variety of intricate and intelligent puzzles based around the features of the updated Poltergust G-00. Whether you’re duking it out with ghosts in shining armor on the medieval-themed floor, causing mayhem and destruction in the hotel shops or navigating your way through the shuffling rooms of the magic-themed floor, it’s hard to get bored.

That being said, some of the puzzles can be challenging due to a lack of direction, especially when it comes to the many abilities of the Poltergust. In addition to the blow and suck settings of a regular vacuum, the flashlight and the Dark Light (which reveals hidden haunted objects), E. Gadd has modified the Poltergust to include two new features – a burst of air activated by pressing the blow and suck settings at the same time, and a plunger launcher that allows Luigi to pull open locked hatches or fling ghosts around to inflict more damage.

But perhaps E. Gadd’s best new invention is Gooigi (rhymes with Luigi), a green Jello-like clone of Luigi that can squeeze through grates, iron bars and plumbing pipes, among other things. Sometimes you’ll need Gooigi to access those hard-to-reach spots, and other times Luigi and Gooigi will have to work together to move forward.

The best part? It can be controlled by a second player, meaning the game has a fully functional co-op mode that I can say from experience is truly enjoyable for both players. And for those with more than two players, try Scarescraper mode – you’ll be presented with a series of increasingly difficult timed challenges as you ascend randomly generated floors with up to eight friends.

What “Luigi’s Mansion 3” did learn from previous series contenders is that a good soundtrack makes all the difference. Powerful organ flourishes make entering the hotel’s grand lobby all that more grand, and intense boss themes really get your heart pumping during those riveting battle sequences. Occasionally, Luigi will hum the themes to himself during his idle animations.

Another area in which this action-packed adventure truly shines is the quality of its graphics. When the first cutscene ended, and Luigi entered the lobby with Mario and the rest of the crew, and the graphic quality was so stunning that I didn’t even realize the cutscene ended. That’s right: the gameplay graphics are actually just as impressive as the quality of the cutscenes– providing pops of color and dynamic lighting effects that change in real time.

But for just a second, forget the glamorous graphics, superb soundtrack and great gameplay. “Luigi’s Mansion 3” does something for its characters that Nintendo hasn’t done for them in a long time– it gives them character. As Luigi explores the other rooms down the hall in search of his friends, he discovers one of the Toads brought a mini-golf set with him, Princess Peach set up a small garden on her balcony and Mario ordered and ate three whole pizzas all by himself. Us too, Mario, us too.

Most importantly, the game transforms Luigi from the quintessential scaredy-cat always overshadowed by his brother into a hero of his own. He may be frightened by what lurks around the corner and reluctant to face his fears, but he plunges forward anyway (pun intended). He’ll do whatever it takes to get his brother and his friends back, and in “Luigi’s Mansion 3,” we’re right there with him.

The Vanderbilt Hustler welcomes and encourages readers to engage with content and express opinions through the comment sections on our website and social media platforms. The Hustler reserves the right to remove comments that contain vulgarity, hate speech, personal attacks or that appear to be spam, commercial promotion or impersonation. The comment sections are moderated by our Editor-in-Chief, Rachael Perrotta, and our Social Media Director, Chloe Postlewaite. You can reach them at [email protected] and [email protected]
All The Vanderbilt Hustler picks Reader picks Sort: Newest
Subscribe
Login
1 Comment
Newest
Oldest Most Voted
Inline Feedbacks
View all comments
J
Joe k

I am soooooo pissed bc I loved luigies mansion 1 but this one, I played for an hour trying to play beginning but for some reason I can’t beat the king boo down the opening hallway!! Sooo pissed I paid $60 only to not be able to beat the first 15 seconds of game play!!!!! Sooo F-ing pissed off at nintendo for making a piece of shit game that can’t allow for player to skip a shotty section of gameplay n continue onto story line. I’m sure many have no problem but for some reason mine just won’t pass the beginning n its [email protected]$ing ridiculous!!!