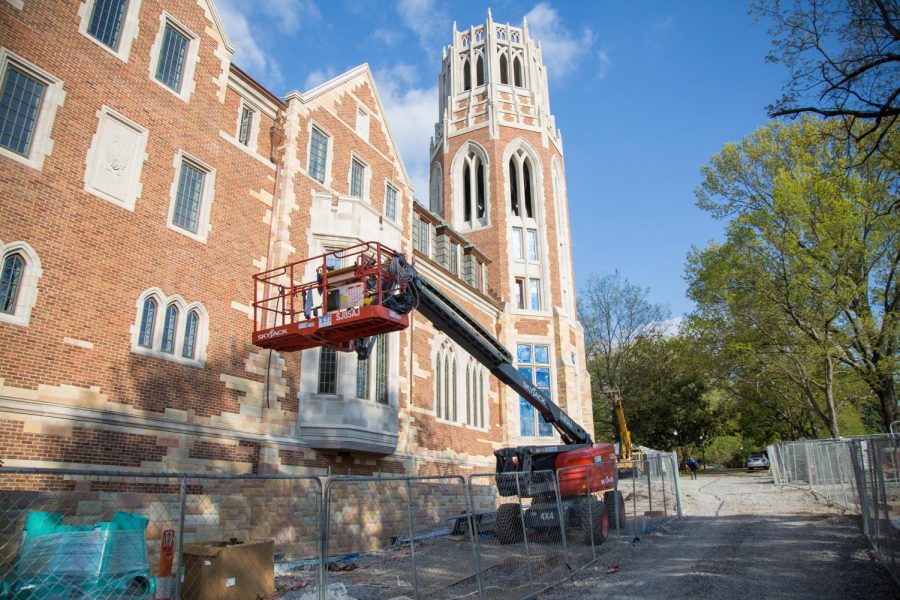 The name for the newest residential college on Vanderbilt’s campus, a 20-story endeavor right on West End formerly known as Residential College A, was just unveiled to be Nicholas S. Zeppos College in honor of former Chancellor Nicholas S. Zeppos. Zeppos announced in April that he would be stepping down from the position due to health reasons but returning to the university as a Professor of Law in fall of 2020.

At the Chancellor’s Farewell Gala Nov. 8, Zeppos, who served as Chancellor from 2008 to Aug. 2019, was honored with the naming of the residential college. At this event, Zeppos was also awarded the positions of University Distinguished Professor and Cornelius Vanderbilt Chancellor Emeritus Chair. With those titles, Zeppos accepted appointments in both the Political Science Department and Vanderbilt Law School, where Zeppos was a professor before becoming Chancellor in 2008.

Every Vanderbilt Chancellor has had a notable facet of campus named after them, from Chancellor Landon C. Garland’s (1875-1893) Garland Hall to Chancellor Joe B. Wyatt’s (1982-2000) Wyatt Center. The only exception to this is Gordon Gee (2000-2007), who contentiously left his position as Vanderbilt Chancellor in 2007 to serve as the President of Ohio State University.

Nicholas S. Zeppos College is slated to be complete by Fall 2020. This college is part of FutureVU, Vanderbilt’s land use plan which includes opening new residential colleges in 2018, 2020, 2022 and 2023.