At a candlelight vigil Nov. 2, friends, family and community members gathered to share memories of Adriel and honor his life 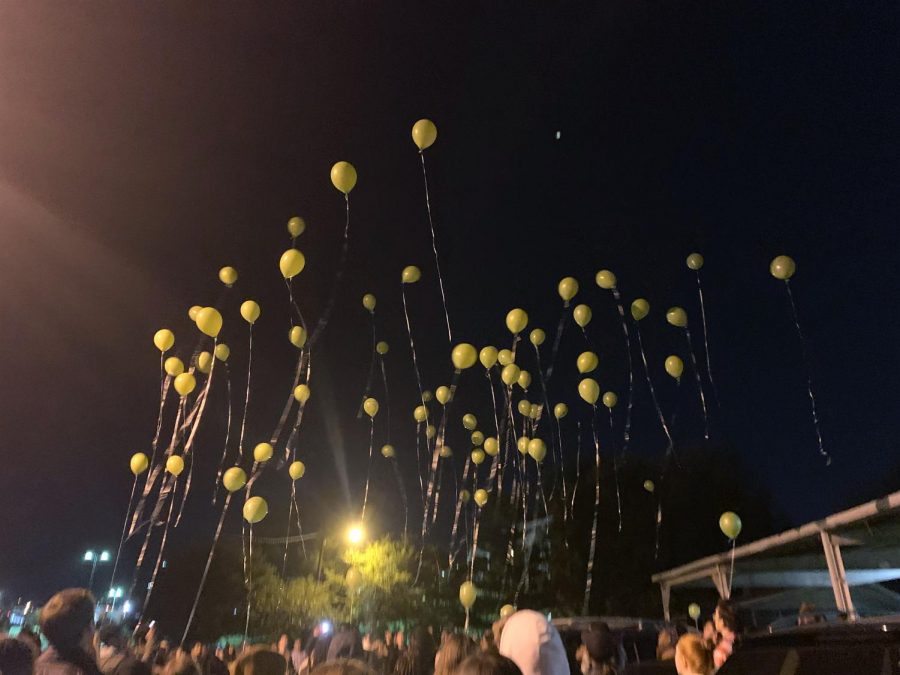 The vigil ended with the symbolic release of several dozen green balloons.

Following the tragic loss of Vanderbilt senior Adriel Bineza Oct. 30, his closest friends planned a candlelit vigil to honor his memory and commemorate his life. Roughly 200 of Adriel’s friends, family members and classmates showed up to Centennial Park to mourn and pray together Nov. 2.

A dozen of Adriel’s friends and family members spoke at the vigil, telling the crowd of the laughter, friendship and love that Adriel brought to their lives.

“A year ago, Adriel and I were in the hospital together — of course. Even with two teeth missing, I was laughing,” senior Mbalu Fofana said. “Only Adriel could have had an impact like that.”

Each person that spoke emphasized how much Adriel cared for everyone around him. Adriel was the type of friend to do any favor they needed, whether it be pick up their package from the mailroom, split an uber to get haircuts or take them to the hospital, his friends said.

“I want to remind everyone how blessed we are to have known Adriel,” sophomore Shelby Hart said. “If there was anyone I ever needed, Adriel was always there.”

After recounting numerous times when Adriel went out of his way to check up on them, Adriel’s friends urged the crowd to be more like him and extend kindness to those around them.

One of Adriel’s friends highlighted his humor and people-focused personality by sharing one of his tweets, which he was well-known for.

“Perhaps the real cumulative GPA is all the friends we made along the way,” Adriel wrote on April 10, 2019.

Adriel’s friends were invited to share memories by writing them on small pieces of paper provided and placing them in a ‘memory box’ at the vigil. The event ended with the symbolic release of several dozen green balloons.

Adriel was an integral and intensely loved part of the Vanderbilt community. He served as the chairman of the Vanderbilt Student Government Economic Inclusivity Committee and an active member of several other organizations on campus including RUF, Reformed University Fellowship. Adriel was also a QuestBridge scholar and a contributor to the Vanderbilt Political Review.

In May, Adriel would have graduated with a B.A. in Molecular & Cellular Biology and a minor in Art. He had planned on attending law school. Adriel grew up in Murfreesboro, Tennessee and is survived by his parents and three siblings, Deborah, age 22, Stephane, 18, and Genevieve, 16.

If you would like to speak to someone at The Hustler, please email [email protected].