Q&A with author and professor Dr. Jonathan Metzl at Politicon

The Vanderbilt Hustler sat down with Dr. Jonathan Metzl, Vanderbilt professor and author, following his appearances at October's Politicon convention 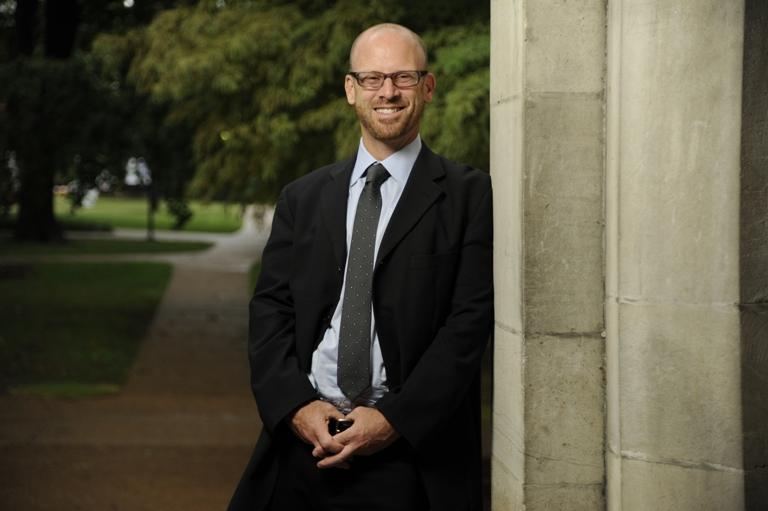 Will Fritzler and Miquéla Thornton

At the Politicon convention on Oct. 26-27, the Vanderbilt Hustler sat down with Dr. Jonathan Metzl, professor of sociology and psychiatry at Vanderbilt who spoke on three panels at the conference covering guns, healthcare and President Trump.

Metzl is also director of the Center for Medicine, Health, and Society at Vanderbilt and author of four books. His most recent work, Dying of Whiteness: How the Politics of Racial Resentment is Killing America’s Heartland, was published in March 2019.

Vanderbilt Hustler (VH): What have you learned from your fellow Politicon speakers so far, or what do you hope to learn while you’re here?

Jonathan Metzl (JM): I think it’s very important to create a space where people on different ends of the political spectrum can come together and talk to each other. I think the very framework of Politicon is important. There aren’t a lot of events out there like this. We live in a very polarized climate right now, and people don’t often come together to debate these issues.

I end up having more common cause with people who I thought I might not agree with. For example, I was on a panel with the mayor of Knoxville (Glenn Jacobs), and we were talking about how people can come together on issues like healthcare reform. I think the exercise itself is an exercise in how can we try to recapture some kind of civic discourse.

VH: Why do you think your research into gun violence, mental health, and racial politics is such an important topic at Politicon?

JM: It’s not just about me, it’s that I’m writing about three of the hot button issues right now: guns, healthcare, and education. It’s sad because, you’d think, as a society like ours, those would be the topics we could come together on. Everybody wants healthcare, we want to live in a safe society, we want education. The existential question I try to raise is, why can’t we find common ground on these issues that seem to be of such profound common interest?

VH: How do you think Politicon helps people find common ground? Could it be a model for similar gatherings?

JM: Having forums that are not shying away from the hardest questions that we’re addressing, where people can figure out at least how the other side thinks, which we don’t get, is important. Twitter is set up for us to fight with each other. On Facebook, we end up going toward people we agree with. Thinking about ways to talk across political divides is potentially a good model. Back in the green room, there were people just hanging out, having a cup of coffee together, who you’d never expect would hang out in the real world. They were very conservative people and very liberal people who are diametrically opposed on TV, who were in the back talking about sports or the weather. We’re so rarely invited to the same events.

VH: A talk you gave in Washington, DC on your latest book, Dying of Whiteness, was interrupted by white nationalist protesters. Do you think tribal instincts are overwhelming our political system?

JM: We’re in a profoundly tribal moment constructed by Twitter, social media, politics, the media we watch. We’re in a tribal moment for issues larger than that: there’s anxiety about the distribution of resources. People in your age bracket are worried about the climate. The idea that there may not be enough resources for everyone is a very powerful driver. In a way it’s being manipulated and propelled. The more we can do to fight back against that, the better. It’s also important to step back and ask, why is it we live in this profoundly tribal moment? It’s not just Cambridge Analytica; it’s because there’s anxiety about the future of our planet.

VH: What do you think the 2020 presidential candidates should do to appeal to young voters and turn young non-voters into voters?

JM: There’s a lot of attempts to suppress the college vote right now, because younger voters are thinking about the future of our planet, the future of healthcare resources. Younger voters are thinking about the most important issues. A lot of the push to the left by the Democrats is being driven by younger voters. I do think younger voters need to stand up against voter suppression. Now compared to 5 years ago, college students are far more engaged in the political process than I think they were before because people realize the stakes. But more than their ideology, college students need to stand up against voter suppression.

VH: What advice would you give young people hoping to go into politics?

JM: Politics is a very broad term. I teach a class called “Politics of Masculinity and Men’s Health.” Half of the class is information I give the students, the other half is, pick an issue you care about and tell me how you’d build a political campaign or community intervention around it. I think it’s incumbent on professors to go back and forth between book knowledge and showing students how they can get involved and change the world. So many issues that will shape your future are caught up in politics. We do this a lot in MHS [Medicine, Health, and Society]: we try to encourage not just political participation but community participation.

VH: What has surprised you about your research?