Walker Buehler and Dansby Swanson may have fallen short of their ultimate goal of a World Series ring, but the two former Commodores dazzled on the diamond this postseason 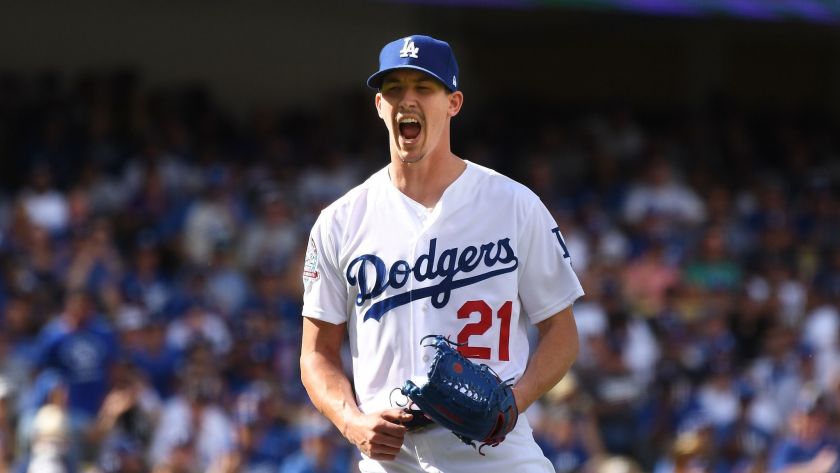 While fall baseball practice is only beginning on West End, in the MLB, the season has just wrapped up for the two former Vanderbilt Commodores who saw playoff action. On Thursday night, the 2019 campaigns for Dansby Swanson and Walker Buehler came to a close with both the Atlanta Braves and Los Angeles Dodgers suffering Game One elimination game defeats. Here’s how the two VandyBoys fared in the postseason:

Former Commodore pitcher Walker Buehler (2013-2015) was one of the key stalwarts in a dominant Dodgers rotation all year long. During the regular season, he posted a 14-4 record with a 3.26 ERA, striking out 215 batters in 182 ⅓ innings over 30 starts. He helped his team to a 108-win regular season.

Even with these sparkling statistics during the regular season, Buehler turned it up a notch in the postseason. Given the ball to start Game One of the NLDS for the Dodgers, Buehler was magnificent, allowing just one hit on his way to tossing six shutout innings in a 6-0 win for his club. In the decisive Game Five, Dodger manager Dave Roberts once again entrusted Buehler with the start. Buehler did not let him down. The right-hander provided a Hulkian effort on short rest, hurling a season-high 117 pitches and limiting the Washington Nationals to just one run and four hits. He left the game after six and two-thirds frames with the Dodgers holding a 3-1 lead that would later be relinquished, as the Nationals won 7-3 in 10 innings.

For Buehler, he ends his 2019 season with a clear distinction as the Dodgers ace of the future. At just 25 years old, he will hope to build off his impressive year in 2020.

Although he may have fallen short of expectations during the regular season, Atlanta Braves’ shortstop and former Vanderbilt standout Dansby Swanson put on a show during his club’s short-lived playoff campaign. Over the course of the National League Divison Series against the St. Louis Cardinals, Swanson logged his first 18 career playoff at-bats — notching seven hits and knocking in three runs for an impressive .389/.421/.556 slash line. The biggest of those hits came in the third game of the NLDS, where the former No. 1 overall pick stepped to the plate with two outs in the ninth inning. With the Braves trailing the Cardinals 1-0 and speedster Billy Hamilton standing on third base, Cardinals closer Carlos Martinez intentionally walked catcher Brian McCann in order to face Swanson. The decision would soon prove to be fatal, as Swanson promptly rocketed a game-tying RBI double to left field, scoring Hamilton in dramatic fashion. Swanson would come around to score in the very next at-bat on a single by outfielder Adam Duvall, putting the Braves ahead for good and securing a 2-1 series lead.

Despite Swanson’s heroics, the Braves ultimately fell to the Cardinals in a shocking Game Five. Braves pitchers Mike Foltynewicz and Max Fried combined to give up 10 runs in the first inning, immediately putting the game out of reach and crushing Swanson’s prospects of a World Series ring. While Swanson will have to wait a year to get another shot at a title, his performance in the clutch is a promising sign for the Braves faithful and the first chapter of what looks to be a promising major league career.