Not much changes this week in the SEC pecking order, as the top half of the conference took care of business, but not without some close calls. 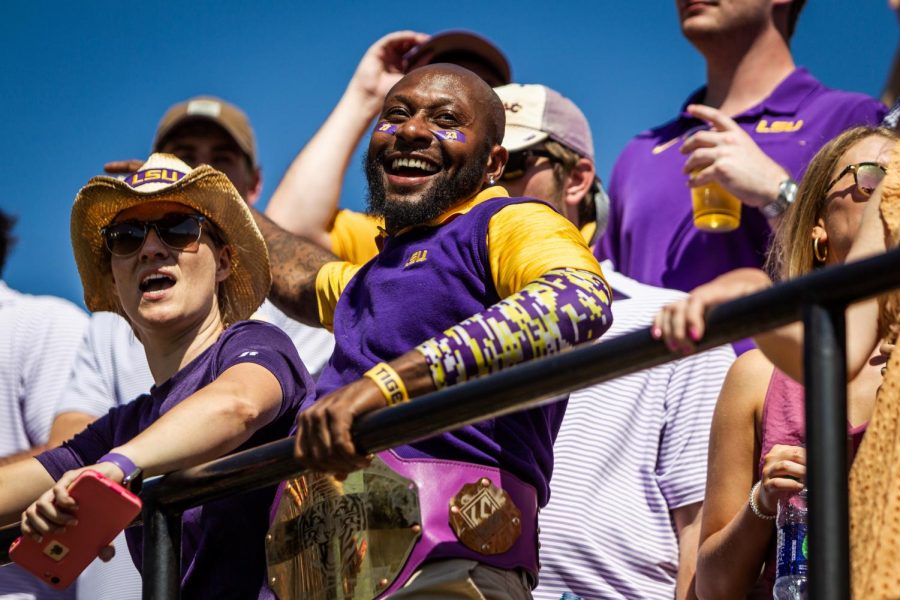 Week Five was a relatively uneventful week across SEC land. The top teams continued to separate themselves from the bottom of the pack, while four teams were on a bye week. Nonetheless, Texas A&M and Arkansas provided some fireworks at AT&T Stadium in Dallas, Vanderbilt edged out Northern Illinois and Alabama rebounded from an early deficit to wallop Ole Miss at home. Here’s our power rankings for Week Six:

The Alabama Crimson Tide trailed for the first time all season, finding themselves down 10-7 to the 37.5-point underdog Ole Miss Rebels at the end of the worst quarter. But that lasted all of three and a half minutes of game time before the Crimson Tide turned it on, outscoring the Rebels 52-21 the rest of the game. Heisman hopeful Tua Tagovailoa was special yet again, tossing six more touchdowns Saturday, bringing his TD-INT ratio to 23-0 for the season. The Crimson Tide are on bye next week.

The Georgia Bulldogs were on bye in Week Five, which was much needed after their hard-fought, physical battle with the Notre Dame Fighting Irish the week before. They remain at #2 in this week’s rankings and travel to Neyland Stadium to face the Tennessee Volunteers in what should be a virtual tuneup game for the Bulldogs. SEC Nation will be travelling to Knoxville this week as well.

The fifth-ranked LSU Tigers were also on bye this week, after returning home from their matchup with Vanderbilt in Nashville on September 21st. This week the Tigers face Utah State at home, another probable win. After this, the schedule certainly turns up a notch, though, as their game against Florida in Week Seven will kick off a slate that includes three top 10 teams in a four week span.

The Auburn Tigers rolled through Mississippi State in Week Five, putting up a season-high 56 points in the process. Quarterback Bo Nix continued his impressive freshman campaign accounting for 335 yards and two touchdowns through the air on 16/21 passing. He also added 56 yards and a touchdown with his legs. Week Six should provide Nix with his biggest test yet, as he will lead the Tigers to Gainesville to face the Florida Gators.

The Florida Gators continued their undefeated campaign in Week Five, rolling Towson at home 38-0. While this doesn’t add much to the Gators’ resume, it allowed them to rest their squad up heading into a Week Six showdown with the Auburn Tigers at home.

Quarterback Kellen Mond propelled the Texas A&M Aggies past Arkansas in Arlington, Texas at AT&T Stadium, tossing for 251 yards and three touchdowns Saturday. However, the squeaker of a win only reaffirms the gap between the top five of the SEC and the rest, as this was a game the Aggies should have won easily. For Texas A&M, a team ranked 12th in the AP Poll during the preseason, it continues a disappointing start to the 2019 campaign, but a win is a win. The Aggies will host the Alabama Crimson Tide on October 12th after a bye week this upcoming week.

The Missouri Tigers were another one of the SEC teams on bye this week. Quarterback Kelly Bryant has orchestrated a turnaround for the Tigers over the last three weeks, leading his team to three straight wins after a shocking Week 1 loss at home against Wyoming. In Week Six Mizzou will take on Troy in Columbia, which should improve their record to a respectable to 4-1 heading into the meat of their SEC schedule.

It was ugly from the start for the now 3-2 Mississippi State Bulldogs in Week Five against the undefeated Auburn Tigers. The Tigers offense scored three touchdowns on their first eight plays from scrimmage and never looked back, thrashing the Bulldogs 56-23 at home. Penn State transfer quarterback Tommy Stevens may have lost his job for good to Garrett Shrader, who totaled three touchdowns and over 300 yards of offense in place of the injured Stevens. The Bulldogs will be on bye next week.

The South Carolina Gamecocks took care of business at home in Week Five, triumphing over the Kentucky Wildcats 24-7 at home on Saturday. The win snapped a five game losing streak against the Wildcats and a six game losing streak against Power Five opponents for the Gamecocks. Freshman quarterback Ryan Hilinski, starting in place of the injured Jake Bentley, was helped out by a pair of 100 yard rushing performance by Gamecock running backs Tavien Feaster (107 yards) and Rico Dowdle (102 yards). South Carolina is idle next week and will face Tennessee in Week Seven.

For the first time since 2013, Kentucky has started SEC play 0-3. The Wildcats fell to South Carolina 24-7 in Columbia on Saturday, allowing 247 yards on the ground to a team that was averaging 93 yards rushing coming into the week. With losses of 8, 15, and 17 points over the last three weeks, head coach Mark Stoops will have to straighten things out during his squad’s bye week in Week Six. Kentucky will then travel to Arkansas to take on the Razorbacks on October 12th.

The Ole Miss Rebels were the first team to have a lead on Alabama all season, and even led after the first quarter ended. However, the Crimson Tide returned to form in the next three frames, eventually blowing out the Rebels 56-31 in Tuscaloosa. Perhaps more interestingly, Ole Miss’ may have a quarterback controversy heading into a Week Six matchup with Vanderbilt. Matt Corral was the starter for the first month, but backup John Rhys Plumlee stepped in and performed rather well in Tuscaloosa throwing for two touchdowns and rushing for 109 yards and a touchdown on the ground. Offensive coordinator Rich Rodriguez hasn’t announced who will start against Vanderbilt this week.

Vanderbilt took care of Northern Illinois at home Saturday, albeit narrowly. Ke’Shawn Vaughn led the Commodores and had an eventful 24 hours in the process, becoming a father late Friday night and then rushing for 138 yards and a score on Saturday against the Huskies. The Commodores travel to Oxford for a tilt with the Ole Miss Rebels that should serve as a good litmus test for how the team will fare in SEC play this season.

Arkansas nearly pulled off a massive upset Saturday over the Texas A&M Aggies in what was arguably the best performance for the Razorbacks so far in the Chad Morris era. For Morris, it was his 10th straight loss in the SEC as the Razorbacks head coach, and second straight loss after the dropped their home contest against San Jose State last week. Arkansas will be on bye this week.

Tennessee was on bye this week, which after the tumultuous start to the season, was probably for the best. Things don’t get any easier for the Volunteers in Week Six though as they’ll host Georgia at home. The Bulldogs are currently 24.5 point favorites, meaning it’s extremely unlikely Tennessee will be anywhere but 14th in next week’s edition of our power rankings. To make matters worse, coach Jeremy Pruitt still has not named a starting quarterback for this week.