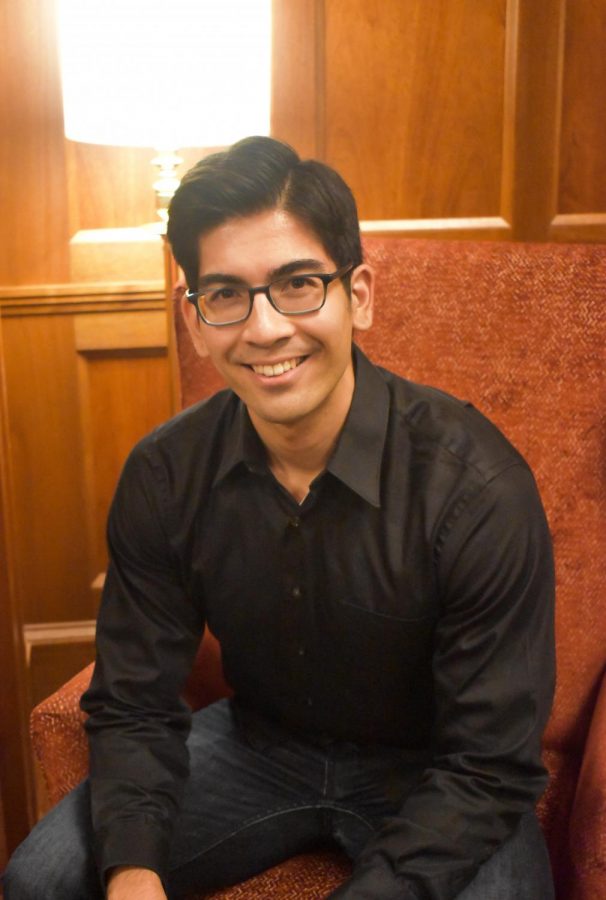 Sometimes a few notes, a simple melody or even just listening to the radio is all it takes to spark a lifelong musical and creative journey. That was the case for David Rodgers, musical composer and classical/jazz pianist who has recently made a splash in the music community for his improvisation and mixing of multiple genres, particularly in his sophomore album “Doorways” released Sept. 1.

Rodgers, a piano performance major who graduated from the Blair School of Music in 2017, has spent his life experimenting with different sounds to create lively and unique pieces of music. His first experience with music was during his early childhood in southern California, where he began taking piano lessons at a young age. As he got older, his interest in different music genres grew and he began immersing himself into blues, soul, gospel and jazz. In his early teens, he received a music notation program as a gift and began experimenting with different sounds that inspired him.

“I remembered just sort of experimenting with it, and just being so blown away by the fact that I could type in notes and the computer would play back my composition,” Rodgers said.

Music composition started off as a fun hobby, but over time it grew into something greater and Rodgers found himself working on various compositions for hours.

During his time at Vanderbilt, Rodgers received an abundant amount of support and inspiration that encouraged him to pursue what he loved. He received mentoring from professor Jeff Coffin at the Blair School of Music, whom he respects for his creative process and for writing his own music. Other faculty members from Blair that Rodgers noted include Director of Jazz Studies Ryan Middagh, and piano instructors Bruce Dudley and Amy Dorfman.

Rodgers also performed gigs and joined jam sessions around the Nashville area in order to gain experience, explore artistic diversity and take inspiration from his fellow artists. After graduating from Vanderbilt, he was further exposed to musicians from all over the country at various festivals while performing on tour with blues musicians Keb’ Mo’ and Taj Mahal on their 2017 TajMo tour which was followed by the release of his album “Songs For a Generation.”

Soon afterwards, Rodgers became inspired to start his second album “Doorways” as a collaborative project made with almost 50 musicians in the Nashville area. He incorporated sounds inspired by the various drum grooves and melodies he heard from around the country into his new project, improvising and creating unique compositions while in the studio. As for the collaborations, Rodgers reached out to Nashville artists he had seen perform live and invited them over to the studio to record.

He wanted “Doorways” to be a musical melting pot of different ideas and creative styles, bringing people together through music which is the “universal language,” Rodgers said.

Rodgers faced challenges during the album making process. Sometimes a song recording needed something more, or Rodgers found himself stuck on how a composition should go. Despite this, he was able to continue his work by taking risks and accepting his challenges as opportunities to learn and grow creatively.

“You don’t need permission to create,” Rodgers said. “Go make what you want to make.”

Rodgers also suggests attending jam sessions, small sessions where several artists meet up at a location to play and share ideas, which he says are great places to experience new music and culture.

“To really broaden your musical scope, however, the trick is to immerse yourself into what you don’t know as much about,” he said.“I’m talking about people, I’m talking about food, I’m talking about music that you listen to, just be willing to experience different things. This record would have not come out the way it did if I had not been thinking about that concept.”