In a statement to the Hustler, Geer defends his work and use of controversial poll 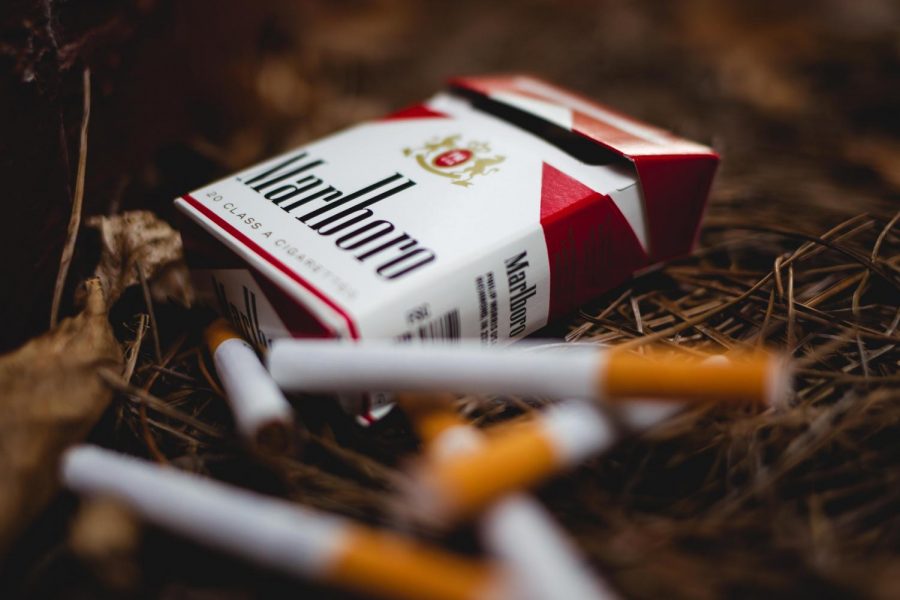 A WPLN article published Sept. 10 brought to light Dean of the College of Arts and Science John Geer’s 15-year past of consulting for law firms that represent big tobacco companies. His work included testifying in court as a polling expert to give credence to the industry’s claims that Americans in the 1950s knew the health risks associated with smoking cigarettes.

According to the WPLN article, Geer consulted for Shook, Hardy, and Bacon. Based in Kansas City, the national law firm is notable for defending Philip Morris, a major tobacco company.

In a statement to the Hustler, Geer explained his decision to consult for these law firms.

“As a public opinion and polling expert, I was approached by this law firm to evaluate historical data related to the public’s understanding of the dangers of smoking,” Geer said. “I thought it was a potentially interesting question and I was paid for my work. However, the recent story paints me as being a supporter of big tobacco. That is simply not true.”

As a defense in lawsuits, tobacco companies often claim that the majority of the public knew about the dangers of smoking in the 1950s and 1960s. For instance, a family may sue a major tobacco company after a loved one died from lung cancer due to smoking from an early age. Tobacco companies use academics to substantiate arguments that most Americans in the 1950s understood the correlation between smoking and cancer.

One source of proof used by tobacco companies is a 1954 Gallup poll that has drawn criticism from both legal and public health experts, as well as from Gallup itself. The poll states that the large majority of Americans in 1954 understood the dangers of smoking. However, the poll measured people’s knowledge of minor effects of smoking, like coughs and temporary illnesses; the poll did not measure public knowledge of smoking’s risk of lung cancer. Gallup has since condemned the use of this poll in lawsuits defending tobacco companies.

In a statement to the Hustler, Geer, a founder and co-director of the Vanderbilt Poll, defended his use of this poll, citing the Gallup poll as the “gold standard in the industry” at the time.

“Good polls, like Gallup, rest on a number of foundations,” Geer said. “Most importantly, it is critical to draw a representative sample of Americans and, then, to pose state of the art questions. The Gallup Poll did both.”

Big tobacco companies have been sued for marketing campaigns that promised consumers that tobacco did not have adverse health effects. In U.S. v. Philip Morris, the Department of Justice sued Philip Morris for violating the Racketeering and Influenced and Corrupt Organizations Act (RICO). The court ruled that Philip Morris violated the act by deceiving consumers about the evidence behind the link between smoking and lung cancer.

According to a Nashville lawyer familiar with tobacco lawsuits – who would not comment on Geer but agreed to provide context – law firms representing tobacco companies like Philip Morris rely on testimonies and research from academics to rebut lawsuits filed by individuals facing health problems following cigarette use. Many law firms reach out to academics with backgrounds in history, public health and polling to build cases in defense of tobacco companies, in order to identify professors they can groom as expert witnesses.

The precise work Geer’s did for Shook, Hardy, and Bacon was not directly disclosed to Vanderbilt, WPLN found, though the university did know that he consulted for the firm. According to the lawyer, this withholding of information could be seen as breaking  Vanderbilt’s Conflict of Interest and Commitment Policy, which states that faculty should refrain from external activities that conflict with their commitment to the university.

The Hustler was unable to reach a representative of Vanderbilt for comments on this issue.

According to Geer, his role in litigation was to provide background information to the jury about public health knowledge in the 1950s.

“That was my role here,” Geer said. “I was not a party to the litigation, nor representing any party.”

Geer is not the only faculty member at Vanderbilt to have been contacted by Shook, Hardy and Bacon. In 1998, the law firm asked Helmut Smith, a specialist in German history, to compile information about the public knowledge of smoking dangers in Germany during the 1950s. Smith was interested in public health and considered the offer.

“There was a lot of money on the table,” Smith said. “I didn’t say no right away. When I look back, that embarasses me a little bit.”

According to Smith, saying no to the offer to consult for a major tobacco company was one of the best decisions he ever made.

“When something like that comes out, that you worked with those guys, your career in scholarship is kind of finished,” Smith said. “It’s not finished in the sense that you might still be employed, but your colleagues will never think of you the same again.”

With respect to the controversial nature of his work, Geer says he appreciates that conflict can lead to the advancement of scholarship.

“I truly understand and deeply respect those students who disagree with me having taken on this kind of work,” Geer said. “I do see their perspective and value it. Perhaps my fondest hope is that we all appreciate that disagreement itself is often an engine for change, because it leads people to investigate, probe, and push the existing boundaries of knowledge. It is that intellectual churn that drives real progress.”